Speaking to CNBC-TV18 Rajeev Jain, MD of Bajaj Finance said that post demonetisation all verticals except for business loans have seen growth and the company has decided to be more cautious on loan against property and small businesses.

The impact of cash crunch is felt across corporate India, and non-banking financial companies (NBFCs) can see tough times for the next two quarters, says Rajeev Jain, MD of Bajaj Finance.

Speaking to CNBC-TV18 he said that post demonetisation all verticals except for business loans have seen growth and the company has decided to be more cautious on loans against property and small businesses.

He said that repayments and disbursements going forward will be focussed on a monthly basis.

It is difficult to quantify the impact of demonetisation on the assets under management (AUM) growth for the third and fourth quarter but the company is well equipped to deliver (on a sustained basis) 25 percent balancesheet growth and a net profit growth of 20 percent, he further said.

Below is the verbatim transcript of Rajeev Jain’s interview to Anuj Singhal, Latha Venkatesh & Sonia Shenoy on CNBC-TV18.

Sonia: Your stock was clearly the stock of the day yesterday on the downside and I went through some of the comments that you made at the analyst call, you have turned cautious on some segments like the loan against property (LAP) segment but any other segments where you see large challenges that could extend beyond two to three months?

A: We have done a detailed release yesterday which is reasonably extensive in nature. The first panel is the panel which doesn’t belong to us, I want to reiterate and reinforce that. The first panel essentially says that this is data from bureau which is CIBIL agreed by them as they have allowed us to publish this. This is enquiries for retail loans across the banking system in the last 30 days.

So, if you take non banking finance companies (NBFCs), NBFC is a pack not Bajaj Finance is NBFC, the enquiries are down 17 percent as per them public sector banks are down 42 percent and Home Finance Company (HFC) are down 8 percent. We must all understand that this is post the largest event that we have all seen in our lives of demonetisation. So, it is only logical that something like this ought to happen.

If you look at the graph below that and that is very important there has been slow mark recovery. So, it dropped dramatically, but it picked pace from thereon after November 12th, it is still down 20 percent but much better than where it was between November 8th and November of 11th.

Anuj: I take your point that the data for the front page was for the industry but for Bajaj Finance, what has been the anecdotal evidence?

A: I just wanted to clarify that because it is an important point. On page 3 we have provided data on what is the year-on-year (YoY) growth just for the month of November; I want to clarify that very clearly. It does not include October. We as a company have had a 40 percent asset growth in first half of the year, we have had 50 percent net income growth in first half of the year and we got into the season which is October really well, both from balance sheet growth and credit standpoint.

Now, coming to post demonetisation, 30 days apple-to-apple behaviour post season, if you see the growth, we have clearly published that from two wheeler and three wheeler finance business to BFS Direct which is 14 lines of businesses, they have all seen growth except in business loans which degrew and loan against property where we took the decision as a company that we would essentially pause on high value loans in the loan against property space. So, it was our decision.

Latha: How much does this comprise of your business loan against property and the small business?

I do not have a view on whether prices will collapse or not, I have a view that velocity will stop which means price discovery will become difficult.

Sonia: Can you help us with some numbers for Q3 and Q4? What kind of a fall can you see on a ballpark basis in your AUM growth in Q3 and Q4 compared to the 38 percent growth that we saw in Q2?

A: I must state to you that it is very difficult to guide on that at this point in time and that is the reason we have published this data and I am qualifying this is for one month. You must bear with all managements I could argue. Even the events that have happened, we will all need to be prepared that the next one or two quarters for entire corporate India is going to be difficult.

Anuj: In the same presentation, you have also given some numbers on the digital mode payments and all, that having picked up. I know the base is very small but what is the anecdotal evidence telling you?

They have responded, they are educated, we have been building capabilities in this space over the last five years, and we have managed to accelerate and use those capabilities to ensure we help customer transition faster. It is the rural side where there is greater, at least last 30 days say, there is a reason for some degree of caution.

Latha: What about repayments, did you notice stress?

A: We have published the data, the last point which is Bucket X resolution have remained same as pre-demonetisation, no impact.

Latha: Now I want you to wear the hat of a industry veteran, I am not asking for Bajaj Finance, your due diligence levels maybe superior, your ability to be nimble and move out of the businesses may be better, but for the industry as a whole you have your pulse on both urban consumption and rural consumption what is your sense is this a longish pain, should be expect two quarters longer?

A: Very difficult, we are taking month at a time that is why we choose to also publish this extensive data yesterday because we wanted to make sure that investors are aware what is the direction. However, I would just add articulate that for next four months it would be prudent to take month at the time both on demand and on repayments that is all I would personally articulate.

Latha: You also specifically said you don’t want to make a comment on real estate prices I take that point but nevertheless if you can give us a view on the sector itself can it have concentric ramifications because people are wary of buying property or because the sector itself is not selling enough, will there be impact on cement and allied industries, any ground check?

Now coming to the second point what is only clear at this point in time to us is that velocity has slowed. That is what is very clear. Now where are that velocity going to be transient will be dependent on how quickly we all behave normally. I think that is the only point I would say – the remonetisation happens I think we will get back to normalcy very quickly.

Sonia: Can you throw some colour, a little more colour on what the situation is in the two-wheeler and the three-wheeler business because you have mentioned that this segment has gotten hit very hard in terms of collections but have you seen any recovery post November 15th or November 20th?

A: Everybody knows it that rural markets are lagging behind, on the remonetisation efforts versus the urban market. So, I would take the two-wheeler data with a little bit of pinch of salt that they are running 20 days behind on just the urban versus rural remonetisation. So, the next 15-20 days would be a more appropriate. We can have a clearer view as is there impact similar to urban or is it deeper, is all I would say.

Anuj: Final question from my end and this is from stock market point of view because Bajaj Finance gets high valuations because of the kind of return on equity (RoE) that the company has delivered. Sitting here do you see the RoEs suffering significantly going forward?

A: We have been delivering supernormal growth in assets and in profitability and RoEs are outcome of that. We believe that this move is a right move in the medium term for the financial sector in general. We are very well geared as a company to continue to deliver a 25 percent balance sheet growth and a 25 percent net income growth on sustainable basis for a long period of time. 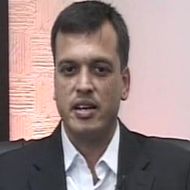 Rajeev Jain
MD|Bajaj Finance
Get access to India's fastest growing financial subscriptions service Moneycontrol Pro for as little as Rs 599 for first year. Use the code "GETPRO". Moneycontrol Pro offers you all the information you need for wealth creation including actionable investment ideas, independent research and insights & analysis For more information, check out the Moneycontrol website or mobile app.