The exact number of customers that will remain with Reliance Jio will be known after the Prime extension ends, said Nitin Soni, Director-Asia Pacific TMT at Fitch Ratings.

Reliance Industries was up at 9-year highs on the back of Reliance Jio subscription numbers (72 million) and extension of the Jio Prime offer.

Most research houses are bullish on RIL. According to CLSA, Jio is a roaring success and expects 80 million subscribers by April 15 and March 2018, Jio will hit 100 million subscriber mark. The house has Rs 1500 price target on RIL.

Meanwhile, Credit Suisse expect the Jio to have average users of 120 million in FY18 and FY19 would be around 160 million.

However, Nitin Soni, Director-Asia Pacific TMT at Fitch Ratings says although the 72 million number looks good, they are the customers who have paid Rs 99 for the prime membership but it is not necessary that these customers my pay Rs 300 on a monthly basis.

So the exact number of customers that will remain with Reliance Jio will be known after the extension ends. 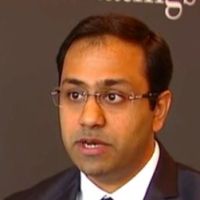 However, this would surely be credit negative for the other incumbents.

Fitch has a B+ and rating watch on Reliance Communications and on Bharti Airtel they have a BBB- stable outlook.