"Long-term focus is to build organically and expand our network beyond big cities to look at tier III and tier IV", Nitin Sood, CFO of PVR told CNBC-TV18.

PVR, the multiplex chain, has reached a valuation of USD one billion and is now amongst the top 10 cinema exhibition companies in the world in terms of footfalls, with a 30 percent revenue growth in the last five years.

Headroom for growth in India is huge compared to what is happening all over the world, said Nitin Sood, CFO of PVR to CNBC-TV18.

Regarding capping of ticket prices in Karnataka, he said, the company has made representations to the government explaining why this could be detrimental to the growth of the industry. He is hopeful that some of the concerns will get addressed.

Although the average growth in advertising revenues this year would be around 18-20 percent, there is good headroom for growth both in advertising and Food and Beverages (F&B) revenues, said Sood. 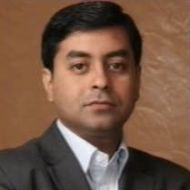 Talking about acquisition plans he said "If we find a great fit and an asset that complements our existing circuit then we will be very opportunistic but subject to right valuations", he added. However, that is not the cornerstone of our strategy and the longer term focus remains to build organically and expand our network beyond big cities and to look at tier III and tier IV, said Sood.

Sonia: Is this a sustainable run rate, this 30 percent footfall growth because you are already sitting on quite a high base?

A: We had about 25 million people visiting our theatre about five years back. This year we are going to be 75 million people. We will maintain the rate of growth. Obviously 30 percent will not be sustainable but in terms of revenue growth with a much higher base - 15-18 percent is the kind of a compound annual growth rate (CAGR) which will target to grow over the next five years. I would like to say this is just a beginning in India because we are still 2,200 modern day multiplex screens for a massive country like India. So the headroom for growth is huge when you compare with what is happening all over the world.

Anuj: I want your comments on what happened recently in Karnataka in the budget where the price was capped. How much would that that impact you and do you see that as a risk for some other states as well?

A: That announcement came as a shock because Karnataka has been one of the most investor friendly states for us and the cinema business in Karnataka has done really well. Some of the largest multiplexes in the country are in Karnataka because of the multilingual population that exist in the city. However, this came as a complete shock to us. Having said that we have made representations to the government explaining them why this could be very detrimental to the growth of the industry and the government is currently looking into the same. So we are hoping that by the time when actual notification comes out, some of the concerns will get addressed.

Latha: This maybe a bit medium-term but would you worry that this entire model could be in danger from Netflixs or the Rel Jios. You may get the movies with a little bit of delay but you do get them?

A: Technology is evolving and changing. How people are consuming entertainment and movies is also evolving and changing but there is a very interesting study which is now available, every year the Motion Picture Association of America does and publish the theatre going statistics in the US, which is one of the most advanced market and that market has consistently been able to sustain theatre admission in spite of some of these technologies being existing because theatres are differentiating themselves as out of home entertainment and that is very promising. However, the study actually indicates that you will consume content on Netflix, on your mobile devices and handsets but you will also come to theatre to watch movies to get that great experience. So our consumer is actually very common and he likes to watch movies in all the formats.

Latha: What is currently your revenue per minute in advertising compared to a year ago levels or a quarter ago levels and how many number of minutes this year vis-à-vis last year?

A: If you look at our average growth in advertising revenue overall, this year it is going to be about 18-20 percent. Some of it is definitely on account of stores we have added but we are achieving anything between 8 and 10 percent same store growths in revenues.

However, average utilisation is a very tricky question because it is very varied depending upon which part of the country we are in and what is a property profile but there is huge headroom for us to grow even there as well.

Sonia: Is there scope to increase your food and beverages (F&B) revenues as well because that has been growing at 20 percent run rate. Can you do better than that and also F&B spend per head were down a bit over the last few quarters because of the discounts. Will you continue to give discounts there?

A: Our F&B strategy is evolving and the course philosophy around F&B strategy is to get the customers spending on F&B to at least 50 percent of what he spending on the ticket. About five years ago that ratio used to be 25 percent. In the last five years we have been able to graduate that to 40 percent of ticket price and hopefully in the next three-four years we want to get it to 50 percent. So we definitely see greater headroom for growth in our advertising and F&B revenue on top of a good box office.

A: We will be more opportunistic in that area. If we find a great fit, an asset that complements our existing circuit will be very opportunistic subject to right valuations but that is not the cornerstone of our strategy any further. All the good assets which we thought were relevant, we participated in them and the long-term focus would be to build organically and expand our network beyond big cities now to look at tier 3 and tier 4.

Anuj: Now that you are done with inorganic moves, Wanda's name keeps coming back and with the last tranche of sale that promoters had with the multiples - that buzz even got louder. I know Ajay Bijli denied it but anything along that line?

A: The company has made several statements to that effect and Ajay was very candid post that transaction, actually that transaction where Warburg has come in as a long-term investor, should actually kill these rumours because now we have two big strategic financial investors with us to take us to the next level of growth. So there is no truth in any of these rumours that have been floating around.