Base metals including Aluminium, nickel, copper, tin, lead and zinc is trading at levels only reached twice in modern history.

Base metals including Aluminium, nickel, copper, tin, lead and zinc is trading at levels only reached twice in modern history: in 2007-08 and 2011 this week to an all-time high, continuing a sizzling rally that’s seen prices double in the past year.

Winning the market is creating the right combination of information, preparation and action. This information from T Gnanasekar equips subscribers to this service with information, analysis, updates and recommendations in the commodity market.

T Gnanasekar will identify trading opportunities with prospect of high returns in commodities. This service will also highlight profitable tradable situations in currencies. The trading calls and follow up calls will be rendered through SMS for timely action. Follow up SMS may be sent if and when there is any change in the advised content of earlier messages. (The SMS will mention entry price range, stop loss levels and the expected target zones)The SMS, calls and other communications will be based on the general market situations and trends and shall not contain any recommendation which is specific to particular client/subscriber or class of clients/subscribers.

The weekly roundup report will provide detailed insights on the current and future trends in the commodities. It will outline the trading opportunities in the week ahead.

Market analysis: Roundup of the weeks activity in the global commodity markets. A detailed view on on Gold, Silver, Crude and any other metals that are in the news or are displaying interesting chart patterns to identify trading opportunities within them.

Week ahead: Lists out the important Economic Data and events that could impact the commodity and currency markets.

Hedging Corner: Provide hedging strategies selectively on commodities that display a possible turnaround in the both the agri and non-agri complex. To get access to mailers on a real time basis on you mobile, log on to http://m.moneycontrol.com/gamechangers/tgnanasekar

GNANASEKAR THIAGARAJAN will help you navigate the complex world of commodities and profit from it. 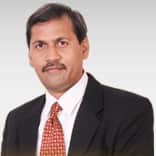 In his 20 years of experience he has dealt with major market movements across the agriculture and non-agriculture commodities and hence is well versed with devising suitable strategies to get the best out of them. He was a active trader at Scotiabank, one of the largest bullion bank in the world before he founded Commtrendz Research along with Mr. Yeshwant Rao, his mentor and co-founder, who was the Head, Trading Strategies for Reliance Petroleum business. Gnanasekar's views are much sought after and he has been featured as an expert market commentator on television, print and electronic media. He writes a weekly column on Gold, Palm oil and Cotton in The Hindu BusinessLine and a blog on commodities and currencies for the Economic Times. He is a regular speaker at various industry conferences in India and abroad.

Going into next week, we see Bullion prices with a mild bearish bias, but could continue to consolidate, while crude prices are expected to stage a recovery and a possible profit-taking in the dollar

Get a 10% discount
on renewal

TRAI allows operators to send SMS for opt in services. Since you have opted in for Premium Mailer you will receive the SMS alerts even if your mobile number is registered in the National Do Not Call Registry (NDNC). For any feedback send mail to game-changers@moneycontrol.com)

Why do I need to input my state of residence?

We require your state of residence for proper accounting and accurate tax computation as per the GST tax structure.

Note* - Free Trial Users, please note that we require your valid credit card information for the free trial offer. You will not be billed unless your free-trial period ends. You have the option to cancel your payment anytime during the free trial period and the subscription amount will be credited back after the holding period of the bank.