As per latest BARC data, News18 is consistently leading the market share charts in the HSM-Urban + Rural Market In terms of cumulative reach too, News18 India topped the charts. In the HSM- Urban + Rural, the channel’s reach touched 88447000, way above the second ranking channel TV9 Bharatvarsh that stood at 67914000.Aaj Tak, India TV and Republic Bharat were the other channels in the top five list. 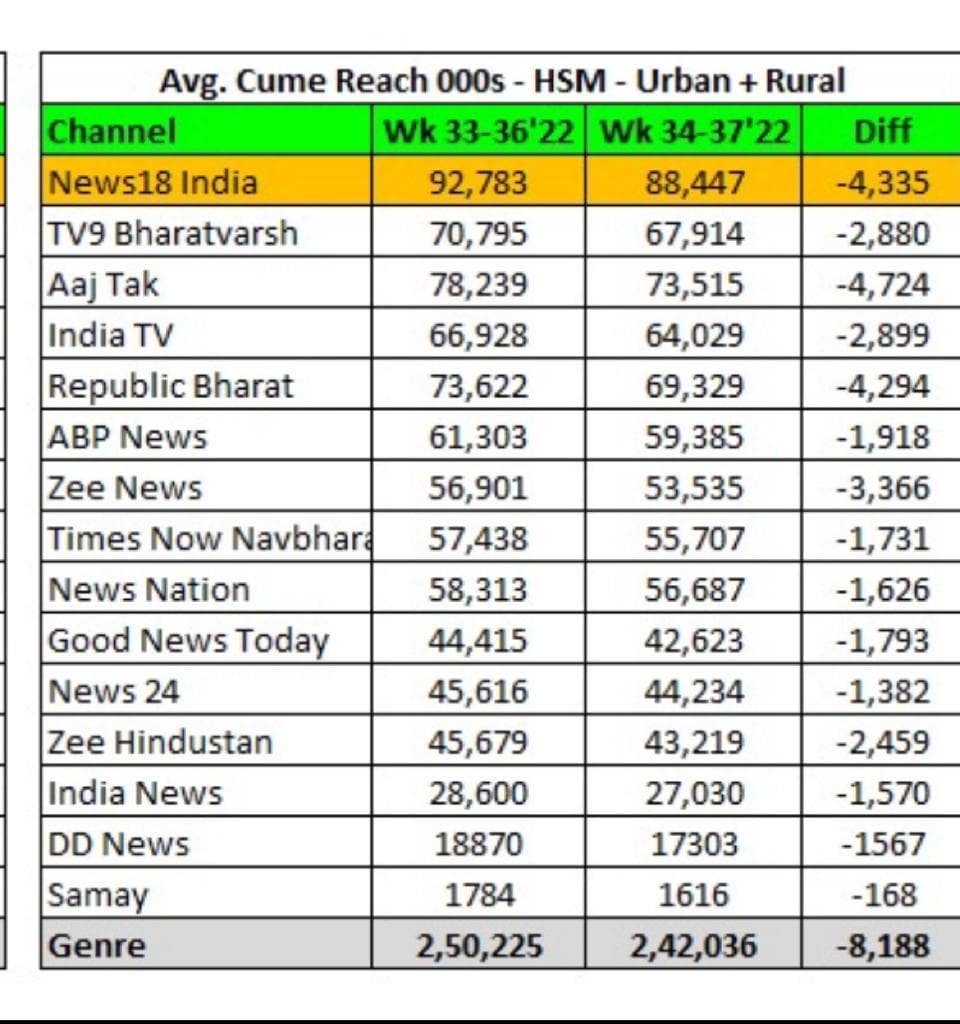 The return of ratings has been a big relief for the industry, experts said.

“It always helps to have the measurement mechanism for decision making. Ratings form the basis on which decisions on channel selection and spends are made,” said Amol Dighe, CEO, Investments and Business Development, Madison Media, in a separate interview with Storyboard18 as part of our Media Mavens series.

Dighe says they saw a change in the pecking order of news channels with the return of the ratings in the genre. “ Some channels dropped in ratings while some channels saw an increase in their ratings. We are still seeing a fluctuation. As buyers, this needs to be keenly watched and deals will be dynamic till this settles down,” he adds.

What Indians think about EV adoption, cryptocurrency and health insurance

New media age: Marketers should invest in users and not in platforms

NFT is not just the marketer’s shiny new toy; Gaming and esports show the way

SEBI guidelines and financial influencers: Do ‘finfluencers’ and their content need regulations?