Does a country need to rebrand to stay relevant in modern times?

Rebranding of countries happens for many reasons. Culture, politics and emotional sentiments stand as the major factors.

By  Aashrey Baliga and Kashmeera Sambamurthy| Nov 1, 2022 11:24 AM
The idea behind branding has far surpassed its traditional uses and is now being used for everything. Even cities, regions and countries. Places such as countries typically have the same characteristics as any regular product or service. However, rebranding a country is a much more difficult thing to do as there are many limitations and restrictions that hinder the path. The big goal behind rebranding a country is to create awareness and curiosity about that country for investors, potential tourists, migrated workers and residents.(Representative image via Unsplash)

We have seen brands 'rebrand' a fair number of times. A recent example was Fair and Lovely, Hindustan Unilever's beauty and fairness cream that came under scrutiny after many years of having a successful run in India. The brand was rebranded to keep up with the times and changed its name to Glow and Lovely.

So what does it take for a country to rebrand itself?

Recently, Turkey was in the news for many reasons. Some political, some religious. A part of the reason was to inform the world that Turkey as a country has rebranded and has changed its name to Turkiye. There were many reasons behind this move. One such reason was recognition. Normally when one searches for the word ‘Turkey’ on the internet, a large bird that is served as a traditional delicacy in North America during the festival of Thanksgiving appears. Moreover, the word ‘Turkey’ was degraded in the Cambridge dictionary and defined as a ‘stupid person’ or ‘something that fails badly’.

However, not many consider the changing of Turkey’s name to Turkiye as something as broad as rebranding. Experts believe it to be a simple change in the name for increased relevance.

Angel investor and business strategist Lloyd Mathias who has travelled to Turkey multiple times believes that the change in name is simply due to social factors and nothing more complicated. Moreover, Turkiye isn’t a new name that the country fashioned. It has existed locally for ages.

“The locals have always pronounced Turkey as ‘Turkiye’. Here, there is no rebranding involved. Internationally, the country was called Turkey. This is like how Germany is called Deutschland by Germans, and on an international level, the country is called Germany. Rebranding means when a country changes its name altogether. In this case, I would not call it rebranding but a play of social factors,” he says.

Rebranding however, isn’t always associated with a country changing its name. Bulgaria rebranded itself and retained its name. It is the only country in Europe that hasn’t changed its name since it was first established in 681 AD. It is home to lots of mountains with known hiking trails, some of them transform to a ski destination in the winter.

EaseMyTrip’s co-founder Rikant Pittie mentions that he witnessed a surge by 30-35 percent in searches when Turkey rebranded and changed its name to Turkiye.

Rebranding isn’t a new trend that countries have been recently adopting. There have been multiple countries that have rebranded themselves and changed their names in the past for various reasons.

Iran was always known as Persia to all foreign governments and was then heavily influenced by Great Britain and Russia. In 1935, it was the Iranian ambassador to Germany who suggested that the country should formally adopt its Persian name, Iran. As a cognate of the word ‘Aryan’ the change in name is also an acknowledgement to the country’s Aryan population, embracing all of the country’s ethnicities, not just the Persians.

Ceylon was the name given to Sri Lanka by the British. Earlier known as Ceilao, Ceylon is a transliteration of the word made by the British when they took over the small island in 1815. Ceylon became independent from the British in 1948 and officially changed their name to Sri Lanka in 1972. The change was made for Sri Lanka to free itself from all imprints of British Colonisation.

Lloyd Mathias said, “In the case of Ceylon turning into Sri Lanka, a lot of Sri Lankans thought that Ceylon was the name given by the Britishers to the island. The island was always known as Lanka as we know from the Ramayana. Here, they wanted to get back to their roots. In such scenarios, there is an assertion of local sentiments, where they want the name to be widely used.” 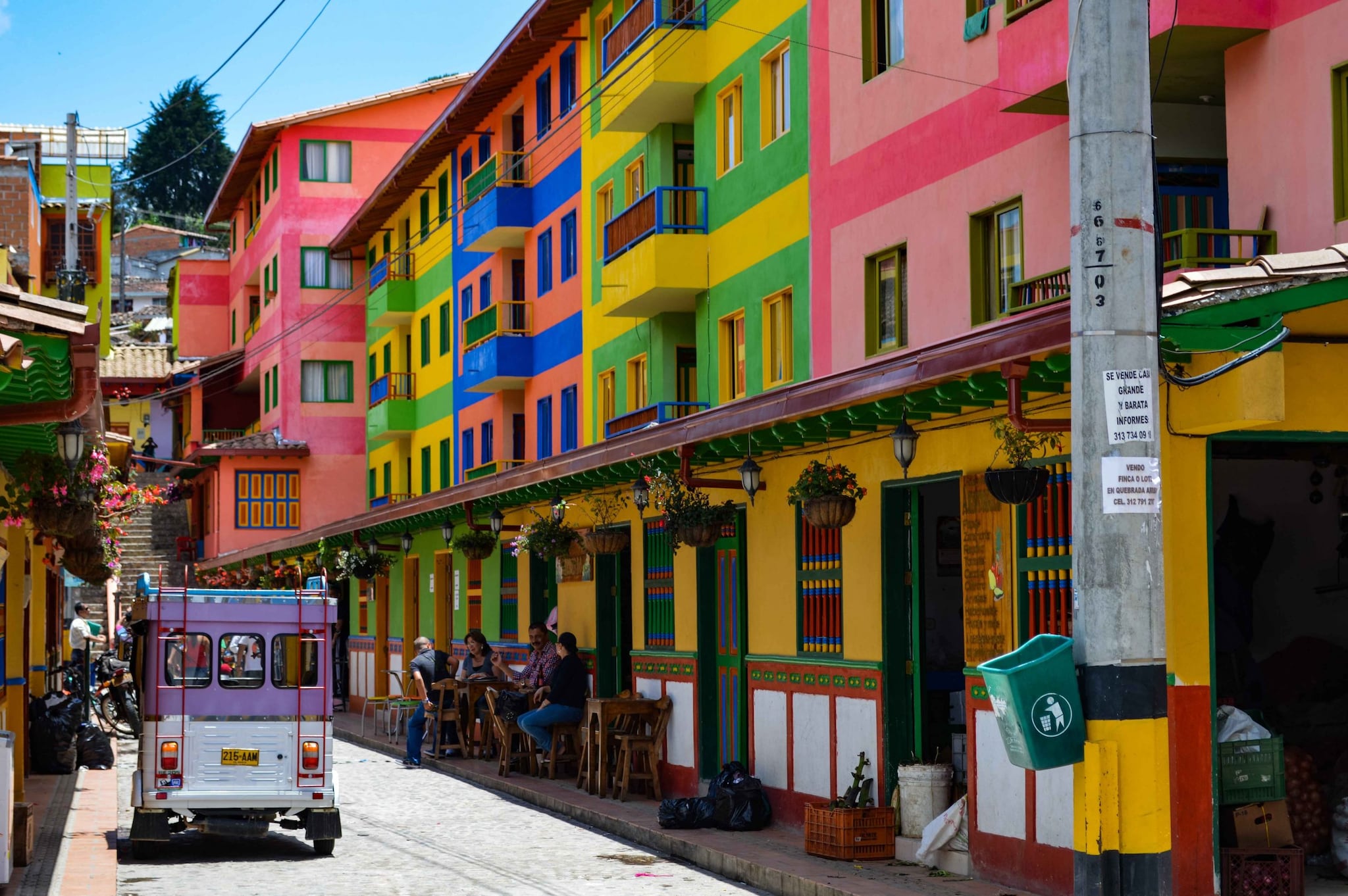 Rebranding doesn’t necessarily enhance the country’s brand value unless there are some definitive factors. Having said that, rebranding is definitely beneficial when areas and colonies are rebranded.(Representative Image via Unsplash)

The idea behind branding has far surpassed its traditional uses and is now being used for everything. Even cities, regions and countries. Places such as countries typically have the same characteristics as any regular product or service. However, rebranding a country is a much more difficult thing to do as there are many limitations and restrictions that hinder the path. The big goal behind rebranding a country is to create awareness and curiosity about that country for investors, potential tourists, migrated workers and residents.

Rebranding doesn’t necessarily enhance the country’s brand value unless there are some definitive factors. Having said that, rebranding is definitely beneficial when areas and colonies are rebranded. For example, in the late 1990s there was an area coming up in Delhi which was essentially an extended village of the city. This place was called Papan Kalan. For the first four years, people of Delhi thought the name was very rustic. Four years later, the people of Delhi got together and persuaded the Delhi district administration to call that area Dwaraka. Sometimes, rebranding can happen to provide a place with better status.

Sometimes, rebranding can be a result of political imperatives as well. Taiwan was once known as Formosa, it was then changed back to Taiwan. Ireland used to be known as Eire, they went back to naming it Ireland. A new set of political rulers enter the picture and try to bring about change. This is seen in India as well. Renaming cities and streets is a constant process.

“Political leaders everywhere in the world want to leave their mark on the pages of history. A lot of this is dictated by the desire to do something and say ‘Maine kiya tha’," says Sandeep Goyal, managing director at Rediffusion.

“Branding of a country impacts the country and its citizens and its culture globally and hence, should be dictated from some historic event rather than just a marketing push,” says Pittie.

Ad agencies go through many challenges while working on projects where countries have rebranded themselves. Agencies get to dive deep into the rich cultural heritage of countries and conceptualise campaigns that showcase places and features that are unique to that country but aren’t as popular within that country or worldwide.

On the other hand, there is a downside to rebranding as well. There may be many restrictions put in place by that country post rebranding. Thus, agencies have to carefully choose the categories they want to focus on and promote features accordingly. There is a high chance of great scrutiny involved.

One ad campaign that was very helpful in uplifting the brand image of India as a country was the ‘Incredible India’ campaign. Incredible India attracted the attention of the international audience where it established that India was more than just the land of snake charmers, elephants, and the Taj Mahal.(Representative Image via Unsplash)

It brought to the world the vast culture, food, natural and man-made attractions that India had to offer. Tourism brings people of the world closer.

“For an ad agency, branding of a country is a once in a lifetime opportunity," says Satbir Singh, chief creative officer at Thinkstr. He is also the man who helped create the ‘Incredible India campaign.

“India has always had a very unique place in the world since time immemorial. We’ve been known for our philosophy, our religions, yoga, Gandhian values. As India started taking giant economic strides as well, it was time to showcase, along with our mind, body and soul experiences, our rich natural attractions as well as man-made ones,” he says.

Incredible India was a path breaking campaign. What it did was it attracted the attention of the international audience where it established the fact that India was more than just the land of snake charmers, elephants, and the Taj Mahal. It showcased parts of India that a lot of international audiences were not widely aware of. For example, the beauty of Kerala, the historical significance of places like Hampi, Ajanta and Ellora, the amazing range of wildlife, and spiritual tourist places like Bodh Gaya etc.

In recent times, the campaign is no longer as consistent as it was before. It has been reduced to just the tagline ‘Incredible India’ that is still very prominent. There is constant growth, exploration and innovation happening, thus a newer and fresher perspective on the ‘Incredible India’ campaign could do a lot of good for India as a way to build on this narrative.

“I think every campaign needs a refresh after a while in order to incorporate more new local values and nuances,” says Mathias in this regard.

From a tourism standpoint, a nation's branding changes the perception one has for the country, which can be positive or negative. This can significantly impact the tourism of the nation. For example, Columbia and Croatia were previously known to be dangerous countries. However, post the brand refresh, tourism in both these countries flourished, so much so that Croatia, today is one of the most popular destinations in the Mediterranean for tourists.

Emotional attachment is a pertinent factor for citizens and international travellers which gets impacted when a country decides to rebrand itself. It is also important to take into account how people resonate with the changes. With regards to Croatia's branding, it changed the whole dimension of people’s travel preferences. Today, it can be found on the bucket lists of many travellers.

If a country decides to rebrand itself, it should resonate with its people, its culture and traditions and its history and beliefs to give a better representation of the country via its name. Rebranding and nation branding campaigns are well thought out strategic moves that aim to improve the global image of a country. 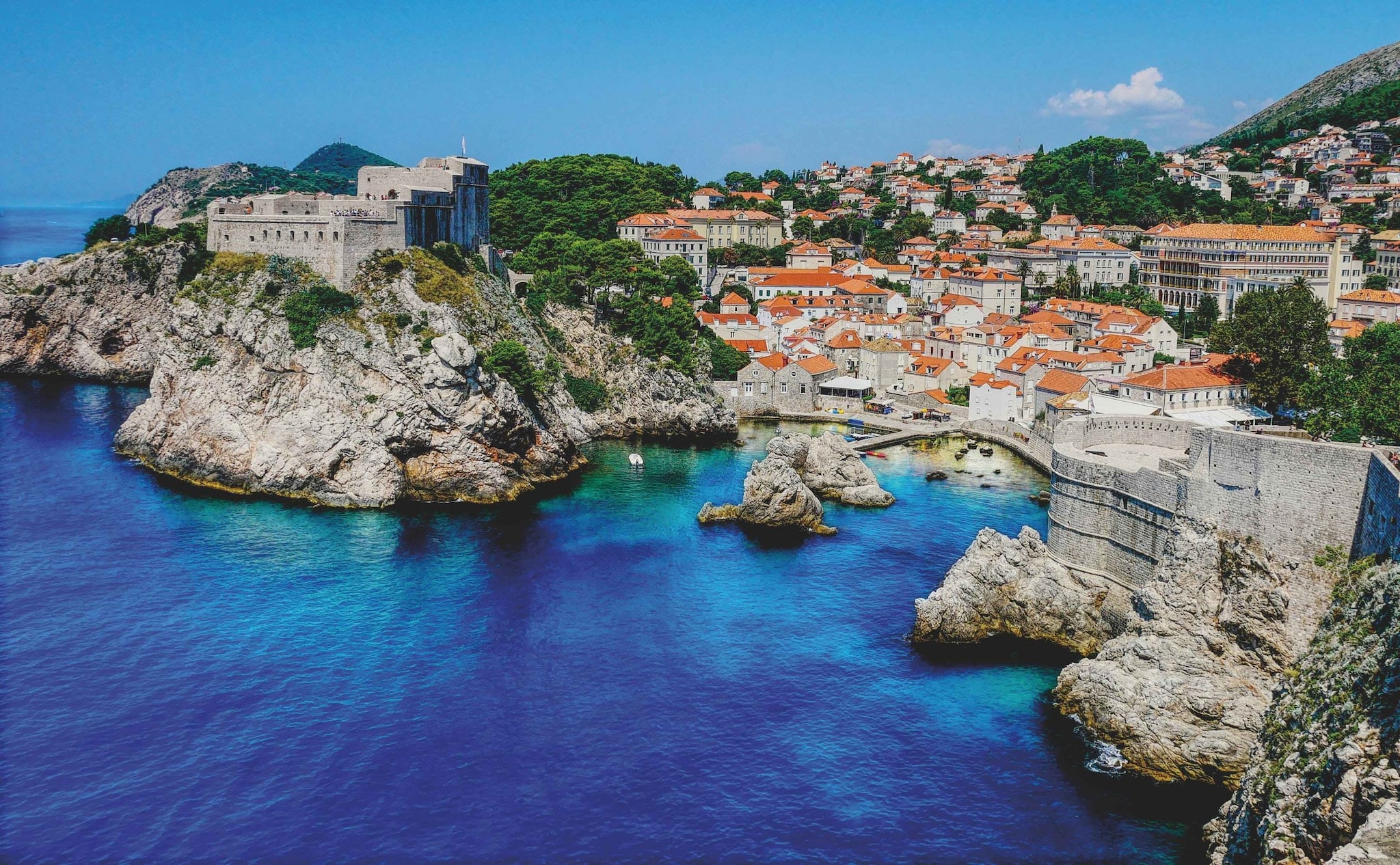 Post the brand refresh of Columbia and Croatia, tourism in both these countries flourished, where, these two were previously known to be dangerous countries.(Representative Image via Unsplash)

“Very often, it is assertion of local sentiments, and very often, they are fanned by people with stronger political agendas as well,” says Mathias.

For many people, the culture of their country reflects in the way they identify with their country and they want it to be highlighted in the name as well.