By  Storyboard18| Jan 16, 2023 9:27 AM
Get the full picture on people and their moves on the corporate jungle gym in CXO Moves. (Representative Image: Martino Pietropoli via Unsplash)

Keep up with all the key people movements in the brand marketing ecosystem in Storyboard18’s CXO Moves. Here’s a round-up of the executives who are in, out and in-between.

RS Sodhi, who served as the managing director at Amul India since 2010, was ousted from his position on January 9 as per reports. In his place, the dairy sector cooperative giant has appointed Jayan Mehta as its MD for an interim period. While Mehta will temporarily replace Sodhi, a new MD will be announced in the next few months. In 2017, Sodhi was given an extension for a period of another five years. The decision to remove Sodhi was taken at the board meeting of Gujarat Cooperative Milk Marketing Federation (GCMMF), the farmers' cooperative that operates the Amul brand.

Advertising agency Enormous has appointed Amita Major as the head of planning - digital. Major will be responsible for Amita will be in charge of the agency’s full-service digital offerings. She will oversee the agency’s expansion and provide essential digital solutions to existing and new clients in communications and performance. Major has an experience of two decades and has worked across id8 media solutions, Ogaan Publications, Hungama, Hungama Digital Services, Indigo Consulting and Wunderman Thompson. 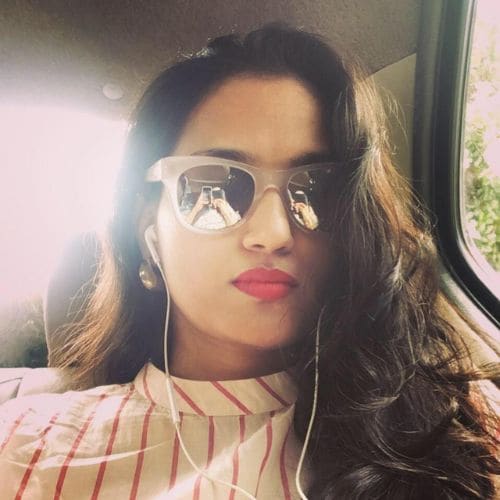 Wunderman Thompson has appointed Rajeshwari Rao as the senior vice president and executive creative director. In her new role, Rao will be the creative head of the agency’s Unilever’s business. This is in addition to several other crucial businesses she will look after. Rao has two decades of experience and has worked across McCann Worldgroup, Ogilvy and DDB Mudra Group. Disney Star has appointed Ajit Varghese as the head of network advertising sales. In his new role, Varghese will be responsible for overall advertising revenues of Disney Star’s television and digital businesses. Further, he will also drive growth through transformative sales and channel strategies, create alliances and business development. Varghese has an experience of more than two decades and in previous stints has worked at Sharechat, Madison World and WPP. Facebook-owner Meta has appointed Vikas Purohit as the head of its global business group. In his new role, Purohit will spearhead the company’s strategic relationship with the country’s leading brands and agencies to drive Meta’s revenue growth across key channels in India. This also includes partnering with the media and creative ecosystems for accelerating adoption of digital tools by the largest advertisers and agencies.Purohit has an experience of more than two decades and has worked across Aditya Birla Group, Aditya Birla Fashion & Retail, Tommy Hilfiger, Reliance Brands, Planet Retail and Amazon.

Yes Bank has appointed Winay Bari as the vice president - digital marketing. Bari has an experience of more than a decade and has worked across Gozoop Online, eClerx, Accenture, Netcore Cloud, RedSwitches and Wigzo Technologies. TVS Motor Company has appointed Saurab Kapoor as the vice president - marketing and future mobility. During his stint at OnePlus, he spearheaded all efforts on product marketing, brand strategy and media management for OnePlus India Region. He was also a member of the country's leadership team. Kapoor has an experience of 17 years and has worked across HCL Infosystems, Avaya, Vodafone and Samsung Mobile.

Government job preparation app, Adda247, which is backed by Google has elevated Chandan Singh to the position of the cho-founder. Singh will be responsible for handling product, growth, analytics and digital marketing for the company. Singh has spent 17 years working across Oracle, PwC India, DTDC Express, Coverfox Insurance and Naukri.com.

Design Thinking agency DY Works has appointed Ashish Bahl as the chief executive officer. Bahl has an experience of more than two decades and he has worked across ITC, SABMiller India, JWT, Contract Advertising, Neo Sports Broadcast, OMG Asia and The Happiness Project.

D2C brand Spice Story has promoted Vibhor Rastogi as the co-founder. Rastogi has an experience of more than a decade and has worked across Taj Hotels Resorts and Palaces, American Express, Solutions, Hotel Signature, Aarvee Hospitality, Spectrum Academy and Partner.

IT service management company Hitachi Vantara has appointed Monica Kumar as the chief marketing officer. Kumar has an experience of more than three decades and has worked across Informix, Oracle, and is a board member at Watermark, Forbes Communications Council, City Year San Jose / Silicon Valley. Arjun Mohan, who served as the chief executive officer of upGrad, an online learning platform, has moved on from his position. Mohan has an experience of 17 years and has worked across Rambus, Mentor Graphics, Tata Services, Titan Company and BYJU’s.

The media expertise arm of Havas Group India, Havas Media Group India has appointed Sonali Bagal as the director - marketing anf communications. In her new role, Bagal will head the marketing and communications function of all the specialised divisions under the wider Havas Media Group India umbrella including Havas Media, Havas Sports and Entertainment, Havas Content, Havas Market, Havas Programmatic Hub, Analytics among others. Bagal has an experience of more than a decade and has worked across Integral PR, Image Inc at Perfect Relations, Buzz Communications and Interactive Avenues. Paragon Footwear has appointed Shawn Chandy as the chief marketing officer. Chandy has an experience of 20 years and has worked across Rediffusion Y&R, GroupM, Aditya Birla Retail and Samsonite.

Tanveer Kaur has joined GroupM as the national senior digital strategy director. Kaur, who is armed with an experience of more than 15 years, started her innings with GroupM in 2007 as a business executive. Then, she tasted promotion as a business manager. Kaur has worked across Reprise Media, Google Asia Pacific, Wavemaker and Interactive Avenues.

Ashish Prashar, who served as the chief marketing officer of a New York-based innovation consultancy and digital design and advertising agency R/GA, has moved on from his position. Prashar has over 15 years of experience in communications and has worked on the presidential campaigns of Barack Obama and Joe Biden.

GOAT Brand Labs’ The Label Life, a celebrity-styled lifestyle brand has appointed Garima Garg as the chief executive officer. Sharing the announcement of her a new role, she said, “In my new role, I will keep focussing on expanding revenue channels and the brand’s reach to the consumers desiring contemporary fashion.” Garg has an experience of more than a decade and started her career as an intern at Unilever.

Bookstrapping: The Creative Act: A Way of Being by Rick Rubin