Nestle to invest Rs 5000 crore by 2025 in capacity and brand building in India: CEO Mark Schneider

It is Schneider's first global market visit since the Covid-19 pandemic hit.

By  Storyboard18 | Sep 23, 2022 10:16 PM
The company has also been dialing up its sustainability efforts to address the many challenges it faces today, with a focus on the new bottom-line - People, Planet, Profits.

Nestle, the world’s largest food company, has ambitions to invest Rs 5000 crore in India by 2025, CEO Mark Schneider said during his week-long visit to the country, which is Nestle’s 10th largest market globally. The fresh investments will help the company accelerate its core business in the country and leverage new opportunities for growth in well-established and emerging categories.

This was Schneider's second visit to the country since joining the Swiss-based foods and beverage major in 2017 from the healthcare group Fresenius where he was chief executive. It is also his first global market visit since the Covid-19 pandemic hit, and marks the first meeting of the board of directors in an international market, signifying the importance the company attaches to India in the global scheme of things, Schneider shared during an exclusive wide-ranging interview with Storyboard18's Delshad Irani on CNBC-TV18.

Schneider also said the investment would be on capital expenditure, expanding and enhancing Nestle India's portfolio of brands, acquisitions in emerging segments, and setting up new plants.

Today, 99 percent of what Nestle sells in India is made in India and the company also has a global R&D center in the country.

Nestle owns over 2000 brands globally and is the maker of iconic household brands such as KitKat and Nescafe, and, of course, Maggi, an Indian pantry staple and one of the country’s most loved brands.

Maggi, the clear market leader in the instant noodles market, made a dramatic turnaround when it came back from the brink after allegations of contaminants in 2015. Packs were pulled off shelves and over 22,000 tonnes of Maggi had to be destroyed at an estimated cost of Rs 500 crore. In the years that followed the company doubled-down on efforts to reestablish trust in the brand and saw Maggi return to its market-leading position. But there’s increasing competition from well-entrenched as well as new players and the challenge of constantly evolving tastes and preferences.

The company has also been dialing up its sustainability efforts to address the many challenges it faces today, with a focus on the new bottom-line - People, Planet, Profits.

In India, initiatives that fall in Nestle’s ‘Commitment to society’ are in the areas of nutrition awareness with Nestlé Healthy Kids program (started in 2009) and Project Jagriti to encourage good nutrition and feeding practices and encourage uptake of public health services. In Rural Development, Nestle runs Dairy Development (1961) and the Nescafé Plan (2012) to improve the quality and sustainability of coffee sourcing and production. Others include the Spice Plan, Project Vriddhi and Project Hilldaari to drive the better management of waste collection and segregation.

Nestle has been present in India for over a century and Schneider shared that in the last 60 years, since Nestle began manufacturing in India, it has invested over Rs 8000 crore in its operations here.

"In 1961, we started our first manufacturing site and so in that whole time period it has been Rs 8000 crore and now in the next three years, it will be Rs 5000 crore," Schneider said during a media roundtable. The investment, subject to board approval, is for accelerating the core business and ramping up capex, development works and brand building with sustainability as one of the core pivots.

Watch out for the full interview on CNBC-TV18.

Varun Duggirala on moving from The Glitch and his creator journey

Entrepreneurship is not a TikTok trend: Rohit Raj, The Glitch founder

Varun Duggirala, Rohit Raj, co-founders of The Glitch, quit to start own ventures

Ogilvy CEO Devika Bulchandani: ‘When I started in advertising I was one of the few non-White people’

Dan Wieden of Wieden+Kennedy, who created Nike’s ‘Just Do It’, dies

India has a confidence that we don’t see elsewhere, KPMG’s Isabelle Allen 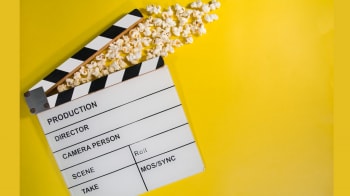 Why is Bollywood failing to take off despite the marketing blitz? 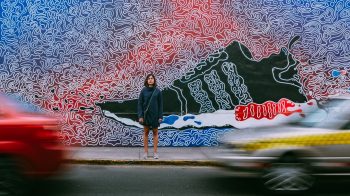 Moonlighting Debate: Advertising is a profession of many professions! 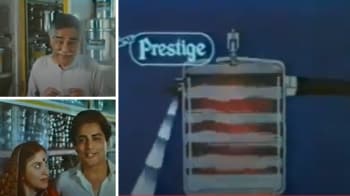 Throwback: For the love of your wife - The Prestige cooker ad