Roland Landers talks about the need to address ambiguity of perception in gaming, need for regulatory bodies and key gaming trends that dominate the industry.

By  Saumya Tewari| Oct 20, 2022 6:10 PM
The online gaming sector in India has witnessed an exponential growth in the last few years. It has now become more real time and social, and it will further revolutionise the investment trends in India leading to technological advancements, says All India Gaming Federation's Landers. (Representational image via Unsplash)

Roland Landers, CEO, All India Gaming Federation, the apex body for the Indian gaming industry is hopeful about the sunrise sector’s growth. According to KPMG India’s estimate, the total Indian gaming market is likely to grow to Rs 169 billion in FY25, from a size of Rs 60 billion in FY21. 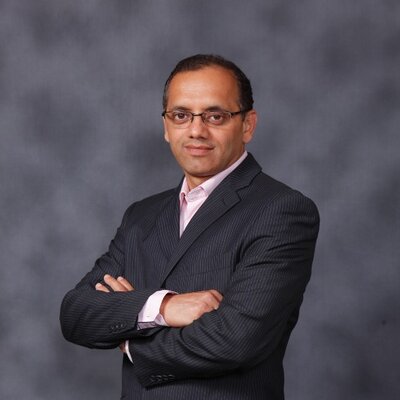 In an exclusive conversation with Storyboard18, Landers talks about the need to address ambiguity of perception in gaming, need for a regulatory body and key gaming trends that dominate the industry.

What do we expect in 2022 from the online gaming industry in terms of size and growth?

The online gaming industry in India is growing at a rapid pace of about 30 percent CAGR, creating a wide range of employment opportunities and revenue-generating opportunities. As per the recent report, there are around 400 million gamers in the country and with the AVGC taskforce and 5G rollout in metro cities in Tier II and III cities/towns, 2022 is poised to be a great year for this sunrise sector.

Do you think enough is being done in the gaming industry to address ambiguity of perception?

AIGF as the oldest and largest self-regulatory body has ensured that members follow certain best practices in terms of user safety, fairness and positive engagement. Companies are usually mindful that they need to do their best to ensure that they have a positive social impact through their products and CSR. Cumulatively, the self-regulatory standards have ensured that not only the perception of the industry but the substance of the industry also, is positive. However, there are more than 800 gaming companies and not all are members of a self-regulatory body like AIGF. They may not be following the best practices to the same standard. The central government should seek to devise a uniform, comprehensive and positive regulatory framework in consultation with the industry stakeholders so that it encourages more and more investments leading to technological advancements as well as generation of increased revenue to the exchequer.

Recently, an India panel has called for a regulatory body, new law for online gaming. What are your thoughts about it?

We have been advocating for a central regulation for a while now. We believe the process for new regulation is in its initial phase as reported. We are very positive about the move and hope that regulating this emerging industry would encourage employment growth, economic growth, and investment patterns in the country. It would also force gaming companies to think about educating players how to play responsibly and placing self-checks and self-exclusion into place. It will create an opportunity to grow into a strong online skill gaming force.

India's WinZO has sued Google to stop new a gaming policy, calling it discriminatory. Do you think big tech platforms need to relook at their policies when it comes to the gaming sector?

AIGF has been advocating for a while that all games of skill be allowed on Google Playstore to augment the Indian online skill gaming industry. Therefore, it is a progressive step that Google has undertaken with this pilot program in India. However, Fantasy Gaming and Rummy are only two of the game forms that Google is taking into consideration in this pilot programme.

Games of skill are a vast category and in order to maintain the industry's competitive spirit and foster innovation, we at AIGF believe that Google should take an all-inclusive approach and include all of these games of skill under the aegis of this pilot initiative for India.

What are the key online gaming trends that are emerging in 2022?

The online gaming sector in India has witnessed an exponential growth in the last few years. It has now become more real time and social, and it will further revolutionise the investment trends in India leading to technological advancements.

The introduction of 5G and cloud gaming services. The emphasis has shifted to localised themes and games. Many indigenous game developers are building titles in multiple local languages for customised content. Web3 games catching up with the idea of Metaverse.

Advancement in augmented reality (AR) and virtual reality (VR). I believe the announcement of ‘Indus’ from a Pune-based studio and ‘UGG’ (AAA game) from Mayhem Studios, reported to be made around Indian themes is a big development. Smartphone penetration with affordable & faster data along with growth of digital ecosystem for payments and growing investments in the sector.