All the key executive moves in the world of brands.

Keep up with all the key people movements in the brand marketing ecosystem in Storyboard18’s CXO Moves. Here’s a round-up of the executives who are in, out, and in-between in the past two weeks. Advertising agency Ogilvy has appointed Devika Bulchandani as the global chief executive officer, succeeding former Deloitte hand Andy Main who joined Ogilvy in 2020. In her new role, Bulchandani will be responsible for all aspects of the creative network’s business across 131 offices in 93 countries which would span across its advertising, public relations, experience, consulting, and health units. As she takes on her new role, she will also join WPP’s executive committee. Bulchandani had spent 26 years at McCann in various leadership roles which also includes being the president of McCann North America. With Bulchandani leading Ogilvy, she joins the long list of Indian-origin leaders at the helm of multinational conglomerates as chief executive officers. The list includes Chanel’s Leena Nair, Twitter’s Parag Agarwal and Google’s Sundar Pichai. At the recently held APAC Effie Awards 2022, Ogilvy Mumbai was named as the Agency of the Year. Dentsu International’s CEO Wendy Clark has stepped down. Clark took charge of the Japanese-owned advertising network on 1 September 2020. Prior to that, she was the global chief executive of DDB, the Omnicom-owned creative agency. Wendy is regarded as the most respected female agency leader in the global advertising circuit. She was previously a marketer at Coca-Cola. At Cannes Lions this year, Clark made an official announcement on the creation of Dentsu Creative as the company’s lead creative agency network and her vision to set up “One Dentsu” strategy that will bring Dentsu Japan and Dentsu International’s businesses closer. Under her leadership, Dentsu Creative Bengaluru went on to win Ad Agency of the Year at Cannes Lions 2022 – the first time a Dentsu agency won the prestigious award. Dentsu is the world’s fifth largest agency group with about 65,000 staff. The international business outside Japan employs around 45,000 people. Under Clark’s leadership, the network also went through an accelerated ‘transformation’. This massively hit Dentsu International’s operations globally and in India. A series of leadership changes, consolidations and dissolutions of agency brands has been happening, especially in India, over the past year and a half.

Hiroshi Igarashi, who is chief executive and president of Dentsu Group Inc, heading the two subsidiaries - Dentsu International and Dentsu Japan, will take direct control of the company.

Sameer Khetarpal has been appointed by Jubilant FoodWorks, a food service company, as the chief executive officer and managing director. Khetarpal has 25 years of experience and has worked across Unilever, Genpact, and McKinsey and Company. BBH India, a Publicis Groupe agency, announced the promotion of Radhika Burman to the position of vice president, and head of the agency’s Delhi branch. In her new role, Burman will be responsible for current clients, people and new business performance in Delhi, along with driving strategic thinking across clients. Burman, who has an experience of more than a decade, has worked across Dentsu, JWT, FCB Global, and Platinum Guild International. In her last role, as the manager – strategy and consumer insights at Platinum Guild International, she spearheaded the launch of Men of Platinum, men's platinum jewellery brand and Platinum Evara, a bridal jewellery line. Prior to that, she has led strategic thinking on brands like Zee, PepsiCo, Hero, Mahindra, Microsoft and Cargill, among others.

In July, George Sebastian had joined the agency as the executive creative director. In April, Arvind Krishnan, who was BBH India’s managing director, decided to move on to be the chief executive officer and founder of Manja, a company he set up with Prajato Guha, former national creative director at Leo Burnett India.

Publicis Worldwide India has appointed Nitin Sharma as the senior vice president and head of client services. In his new role, Sharma would manage some of the agency's key brands while accelerating Publicis Worldwide’s upward growth and ambitions in the marketplace. Sharma has more than two decades of experience and has worked across Ambience, Ogilvy & Mather, Leo Burnett, and UAE Exchange. He was also a brand and marketing consultant for two years and one month. Recently, Publicis Worldwide India appointed Oindrila Roy as the managing director. Streaming platform Sony LIV has appointed Saugata Mukherjee as the head of content. In his role, he will lead the content division for the digital businesses of Sony. Mukherjee, who has more than two decades of experience, has held leadership roles across digital media which is OTT, broadcast television and publishing. His key focus is on business strategy and planning, content creation and curation. Mukherjee has worked across HarperCollins Publishers, Rupa Publications India, NIIT, Star TV Network, Hotstar, Sony Pictures Networks India (SPNI) and HBO Max. 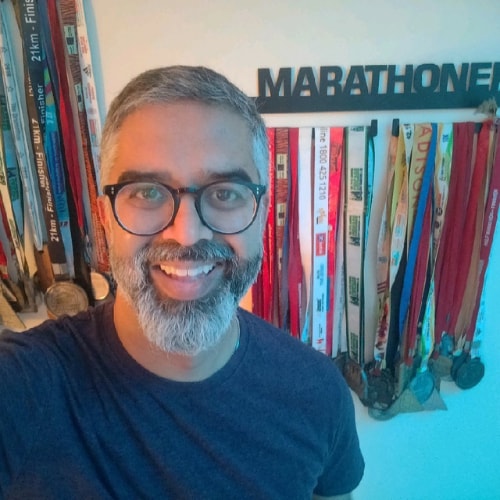 Narayan Devanathan has joined National Foundation for India, a non-profit organisation as the chief strategy and communication officer. Devanathan, who had more than two decades of experience, had a 11 year stint at Dentsu International. He started his career with RK Swamy BBDO as a copywriter, and he worked across Vyapthi Communications, Admerasia, Ogilvy & Mather, Euro RSCG, Dentsu Marcom, Dentsu India Group and Dentsu Creative Impact Group.

Design agency Landor & Fitch has appointed Ritu Nakra as the general manager. Her responsibility is to bolster business growth and develop strategic partnership with clients in Delhi. Nakra, who has more than two decades of experience has worked across Wunderman Thompson, Fullerton India Credit Company Ltd, and Grey Group. Nakra is experienced in managing P&L, building, driving growth and revenue for businesses across categories.

As per reports, Nikhil Madhok will be joining Amazon Prime Video as the head of Hindi original content. While at Disney+ Hotstar, he was responsible for the entire slate of Specials from content strategy, ideation, curation, script development, production and launch. Madhok, who has two decades of experience, started his career with Unilever as an area sales manager. He rose up the ranks to be the global marketing manager. He has since then worked across Turner, Discovery Inc, and Star TV Network.

Beverage company Tilaknagar Industries Ltd. has appointed Ahmed Rahimtoola as the chief marketing officer.In his new role, Rahimtoola will be responsible for leading the entire marketing function, and spearheading consumer marketing in order to strengthen the company’s regional presence,aid expansion and drive the growth of its brands across geographies. Rahimtoola has an experience of 25 years, and has worked across Triton Communications, United Breweries Ltd, and Reliance ADAG. Recently, Tilaknagar Industries launched the Mansion House Reserve French Style Brandy, the premium variant of its flagship brand Mansion House. This launch is a part of expanding the liquor major’s premium brand portfolio.

Business intelligence platform icogz has appointed Meenakshi Menon as the chairperson. Menon has more than four decades of experience and has worked across Lintas India, Zee TV Sales & Marketing Company, Carat India and Carat APAC etc. She is also the founder and chairperson of Spatial Access Pvt Ltd, and the co-founder of WayBeyond Media Pvt. Ltd.

Financial services company Edelweiss Wealth Management appointed Sujay K Rachh as the head of marketing. In his new role, Rachh will direct the financial major’s strategic marketing activities for business growth. As a part of the executive leadership team, Rachh will also be responsible for overseeing the execution of the company’s marketing strategy. Rachh has more than a decade’s experience and has worked across Concept Communication, Swamy BBDO, Lowe Lintas and Partners and Brand Capital. His specialties range across advertising, business development, concept development, customer relations, marketing management to strategic and television. Recently, Amit Nandwani who was the executive creative director and head of content at Leo Burnett India resigned from his position. And, in July, the agency bagged the creative mandate of PepsiCo India.

Ashutosh Chaudharie has been appointed as the general manager of the marketing division by Vi-John Group, a men's grooming personal care brand. Chaudharie, who has more than 15 years of experience, has worked across Tata Motors, IMS Learning Resources, Henkel, Dabur India Limited etc. He has also worked as a marketing and content consultant.

App growth marketing company AVOW has appointed Sandeep Negi as the associate director of sales. His role would be to lead all of AVOW’s business development initiatives in the country as part of the company’s domestic expansion plans while positioning AVOW as a well-known name in the mobile original equipment manufacturer (OEM) marketing ecosystem in the region.