Key executive moves in the world of brands and agencies. Find out who’s moved up, in and out.

Keep up with all the key people movements in the brand marketing ecosystem in Storyboard18’s CXO Moves. Here’s a round-up of the executives who are in, out, and in-between in the past two weeks. The past 15 days saw several big switches and the revolving doors in agencies keep swirling. Facebook owner Meta moved Arun Srinivasan to a new role, indie agency Wieden+Kennedy India gets a new business head, and Havas Worldwide India continues to strengthen its leadership team.

Meta elevated Arun Srinivas to the position of director and head of ads business. As Srinivas announced his new position on LinkedIn, he said, “In this role, I will oversee business strategy and revenue growth for India across all Meta Platforms, for all businesses, and be a part of the India Leadership Team.” Srinivas is armed with more than two decades of experience and has worked across Reebok, Unilever, Ola etc. Recently, Meta announced the rollout of parental supervision tools and a family centre programme on Instagram. This is in order to help parents get more involved in their teen’s experiences, ensure the safety of the young users, and help parents monitor the time spent by their children on the platform. They would also be able to access the accounts of those their children follow. Further, parents and guardians would also be notified when youngsters raise a complaint on the platform, i.e. Instagram. Last week, the tech company announced their plans to freeze their hiring and restructure some groups within the company. Meta, which already selectively paused hiring within certain organisations in the company, as per Bloomberg, plans to shrink budgets widely within the company, which include the teams it was recently investing in.

Wieden+Kennedy India has appointed Shreekant Srinivasan as the head of Business for the agency’s Delhi branch. Srinivasan, who has an experience of more than two decades, has worked across Leo Burnett Group, Enterprise Nexus, Contract Advertising, National Geographic Channel, BBH India and SapientNitro. Two weeks ago, Yogesh Rijhwani and Abhishek Deshwal had joined the agency as creative heads.

Meanwhile at McCann. It was recently reported that Ann-Christine Diaz would be joining McCann Worldgroup as senior vice president-global director of creative excellence at the Interpublic Group of Cos.’ agency. She will be charged with supporting McCann Worldgroup’s global creative community across all of its networks, regions and agencies.

Zenith India, a return-on-investment (ROI) agency which is a part of Publicis Media, has appointed Trishul Bhumkar as the managing partner - growth. Bhumkar will report to Jai Lala, and his responsibility will include spearheading business growth and momentum for Zenith India and their clients.Bhumkar has two decades of experience and has worked across ETV Network, Madison Media, Maxus India etc. Further, he will strengthen client relationships and mobilise with agility the services of Publicis Media which include content, data, analytics, activation and trade in order to maximise opportunities, visibility and ROI for brands. 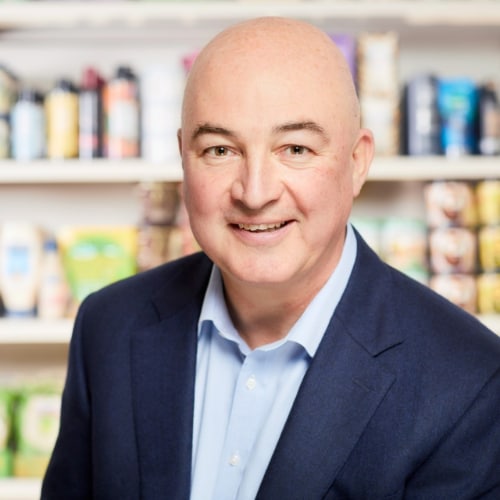 Alan Jope, who served as the chief executive officer at Unilever, a British multinational consumer goods company has decided to move on. The company will be starting the process of appointing a successor—considering both internal and external candidates—who could fill in Jope’s shoes.

On September 19, a media house had reported that the founders of the ice cream Ben & Jerry’s had accused its parent company Unilever of violating the merger between the two companies, after its business was sold in Israel to a local licensee, thus avoiding restrictions on the sale of the socially-conscious ice cream company’s products in the occupied West Bank. Last year, in July, the ice cream brand had announced that it would end sales in Israeli-occupied Palestinian territories, and called it “inconsistent” with the progressive values and social mission it retained the right to promote.

Archana Gulati served as the director for government affairs and public policy at the US tech giant, Google India. During her stint at Google, Gulati led a team of public policy executives who looked at various regulatory implications for Google in India.

Her decision to quit the company comes at a time when Google awaits the outcome of at least two antitrust cases in India, and stricter tech-sector regulations. Gulati, who has experience of 25 years, has held leadership positions at Government of India’s various departments and she is an adviser, head combination division at Competition Commission of India.

With over 14 years of experience, this is Guha’s second stint with the agency. He has worked across Grey Group, Tree Creative, Contract India, Publicis etc. The campaign ‘No Child Bride’ for Child Survival India he worked on won Havas Worldwide India a Bronze Lion at Cannes Lions in 2014.

Toor, who has 15 years of experience, has previously worked with Dentsu Webchutney and Cheil India. He was responsible for launching pharmacy brand Zeno Health in Mumbai and Pune with a campaign called Rahat ki Goli.

In August, the agency had appointed Anupama Ramaswamy as its chief creative officer. She is based out of the agency’s Gurgaon office and overlooks the complete client roster of both Gurgaon and Mumbai offices.

MediaCom, which is a part of GroupM has appointed Nishit Goradia to the position of a general manager where he would be managing media investment for the P&G India account. He will look into offline and digital buying. Goradia, who has more than a decade of experience, has previously worked with RedFuse Communications.

A week ago, media network Wavemaker appointed Vishal Jacob to the position of the chief transformation officer.

Hero MotorCorp has appointed Manav Sethi as the head media of martech and growth for its emerging mobility business in India and globally. This appointment comes ahead of Hero MotorCorp’s Hero Vida Electric Scooter launch. Sethi will be driving the company’s D2C business growth and sales through rapid customer acquisition. Sethi, who has an experience of more than two decades, has worked across Zenith Infotech, Reliance BIG Entertainment, Bigmaps, Stealth startup, ALTBalaji and Eros International.

Advertising agency iAvatarZ has appointed Avinash Bavaskar as the business director. He will lead the functions of sales and marketing functions and will be responsible for business operations and overall P&L for the agency. 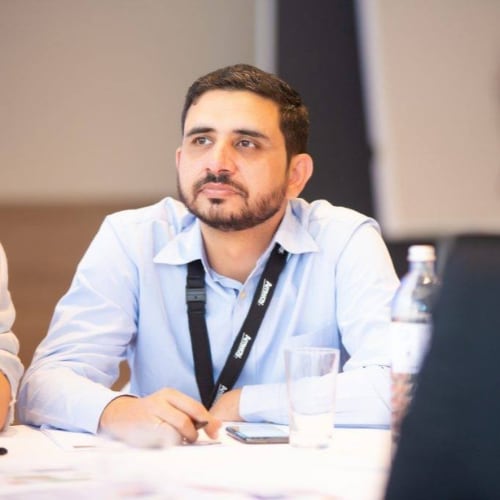 American information, data and market measurement firm Nielsen has appointed Deepak Mann as the director of marketing effectiveness of the India region. Mann will be responsible for expanding and strengthening Nielsen’s leadership in the marketing effectiveness domain in India. Recently, Nielsen announced that Roku, an American publicly traded company plans to enable four-screen measurement across desktop, mobile, connected TV and traditional TV.

McDonald's India - North and East has elevated Rajeev Ranjan to the position of the managing director. Ranjan will continue to drive growth in the North and East region, and lead day-to-day operations of all functions of the fast food chain. Ranjan, who has three decades of experience has worked across Aditya Birla Group, Marico Industries Limited, The Coca-Cola Company and Hindustan Coca-Cola Beverages Limited.