Bookstrapping: A review of Reggie Fils Aime’s Disrupting the Game

The book is a "business memoir” in which the reader learns that Reggie Fils Aime ‘lived his life at the intersection of capability and opportunity.’ Bookstrapping Rating: 3.5 stars

A book about the gaming industry sounds like fun because ‘Wii would like to play.” (Wii was the first Nintendo console to support internet connectivity.)

Disrupting the Game is short and to the point. It is a quick read and does not promise to get into the personal and emotional zones of its author - Reggie Fils Aime, former President and CEO of Nintendo of America. It is a "business memoir” in which the reader learns that Reggie ‘lived his life at the intersection of capability and opportunity.’ The book may be concise, but it is powerful; Reggie had no experience in the gaming industry and despite this, was able to disrupt it and build ‘gaming’ into a cultural juggernaut. 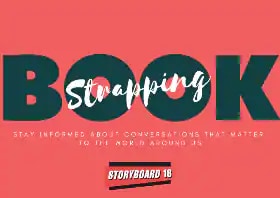 The book is a healthy mix of the ‘orient and the occident’. Five of our favourite lessons are:

1. It introduces you to Satoru Iwata - who should’ve been a household name. Maybe he ‘is’ among gaming fans. With personal contributions to Pokémon, Kirby and Super Smash Bros, Iwata is the genius game developer, programmer and powerhouse behind Nintendo. The fact that Reggie and Iwata’s are rooted in diametrically opposite cultures is evident; when Reggie wanted to visit Iwata in the hospital, the latter thought it was entirely inappropriate. And yet, they did meet and discuss business in the hospital. This ‘focussed genius’ meets ‘marketing maverick’ is the base on which the story rests.

2. Reggie comes across as authentic - someone who pushes for his ideas. From a childhood spent in a one bedroom, fifth floor walk up apartment in a tenement building in the Bronx, with roaches and mice for company, to his bespoke suit avatar - is a journey he owns well. His competitive spirit, a strong drive to win more customers, quickly grow revenue and profits, and beat out the competition (there’s army blood handed down from his grandfathers) are self-taught traits; not sentences taught in a business school.

3. Reggie would never have been able to attend Cornell University without financial aid. And guess what; Reggie didn't seek employment at Nintendo or other video game companies. A recruiter reached out to him! Fortune does favour the brave and not all business success stories are those that you create from scratch; sometimes, you board a bus that’s on the road to success. What matters is to be ‘open, prepared and available’ when this bus appears.

4. For young professionals starting their journey - there’s some sensible advice; no matter what the situation, choose your next steps. If you feel you’re right and your bosses tell you you're wrong, be thoughtful, analyse your situation and game-plan your alternatives. Check if you're reacting to your wounded ego? Or is it that you believe you're right, but in the wrong position, wrong company and wrong leadership? You always have alternatives. 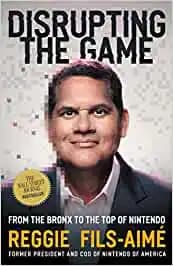 5. Harbour genuine curiosity and don’t be fully satisfied with shallow responses. The anecdote about Nintendo game director Shigeru Miyamoto wondering about smoking pipes that line the ceiling of a restaurant in New York - being genuinely curious about it, asking “I need to know more about this,” is a lesson for all. Almost all the employees in the restaurant gathered around him to explain the reasoning and he didn't give up asking till he was fully satisfied.

Reggie is self-aware and open about what doesn't work for him. For example, ‘working on slow growth prod ucts for conservative leaders is not for him. What motivates him is to be an advocate for the customer. As a reader, the biggest lesson for me is embedded in a chapter called ‘Pivoting to a solution.’ Reggie talks about failure and says, “don’t be overly cautious after a failure. As much as this may be a natural reaction, it is not a productive one. Move forward with a willingness to take risks, to be aggressive, to disrupt.” Being fully ‘present’, aware and weighing your choices before they become decisions is pretty much what this book is all about.

And Reggie is fully ‘present’ in his book too - the cover has him emerging from pixels - and looking at his reader straight in the eye. Game on!