The need for good corporate governance 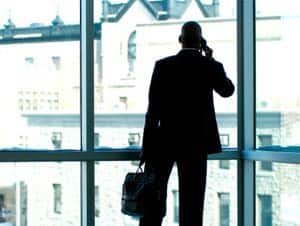 The subject of corporate governance leapt to limelight from relative obscurity after a string of collapses of high profile companies at the start of this century, when events at a Houston-based energy giant and at a global telecom behemoth in Mississippi, shocked the business world with both the scale and age of their unethical and illegal operations. Worse, they seemed to indicate only the tip of a dangerous iceberg. While corporate practices in the USA came under the scanner, it appeared that the problem was far more widespread.

Relatively similar issues at a large and reputed food group in Europe, at a multinational newspaper group in Canada and at an Indian technology major, revealed significant and deep-rooted problems, which inexplicably creep in at times and places where they are least expected. Subsequently, the need for the identification and adoption of good tenets for governance have been reinforced from time to time and efforts to this end have gathered further momentum with every new disclosure of a corporate scandal.

Good governance is characterised by a firm commitment and adoption of ethical practices by an organisation across its entire value chain, in all of its dealings with a wide group of stakeholders, encompassing employees, customers, vendors, regulators and shareholders (including minority shareholders). To achieve this, certain checks and practices need to be whole-heartedly embraced. Trust and integrity play an essential role in economic life and for the sake of future prosperity, boards and management need to ensure that these attributes are adequately recognised.

The board has a key role in setting the ethical tone of a company. High ethical standards are in the long term interests of the company as a means to make it credible and trustworthy, not only in day-to-day operations but also with respect to longer term commitments. While codes of conduct and whistle blower policies are important, what is more important is the manner in which they are communicated and practiced. In this context, it is vital for board members and senior management to lead by example. Similarly, the concept of having independent directors is sound in theory, but more important is the process underlying the selection of independent directors. The selection process itself need to be rigorous, transparent, objective and aligned with the organisation’s needs.

Although, having tight financial controls is essential for market confidence, cultural and operational risks can just as effectively damage a business if left unchecked. This is where we get to see many divergent views across the globe; the Sarbanes-Oxley Act of 2002 (SOX) in USA insists on management and auditor assertion on the financial control environment, whereas the combined code of corporate governance in the UK (the UK Code) maintains a focus on the wider control environment, but without the requirement for positive assertion. The French have introduced the Loi de Sécurité Financière (LSF) which moves towards directors acknowledging their responsibility for having maintained a strong control environment. Ireland and Germany, among others, also have similar frameworks. In India, listed companies are required to comply with the revised corporate governance requirements under Clause 49, which envisages mandatory risk assessments, certification of financial controls by Chief Executive officers (CEOs) and Chief Financial officers (CFOs) and a larger role for independent directors.

To sum up, a fair and effective corporate governance framework must evolve in the light of changing circumstances of business over time and the framework of the company should be tailored accordingly to deal with those circumstances.  A poorly conceived governance system on the other hand, can wreak havoc on an economy by misallocating resources or failing to check opportunistic behaviour. The question that often arises is whether corporate governance operates the same way in every economy. It may be argued that cross-national patterns of corporate governance are either converging or will converge on either the Anglo-Saxon shareholder-centered model found in the USA and the UK, or a hybrid between the shareholder and stakeholder models typically found in Japan and Germany. The fact remains that, irrespective of the model adopted, the corporate governance and competitive strategy of organizations are inextricably interrelated.