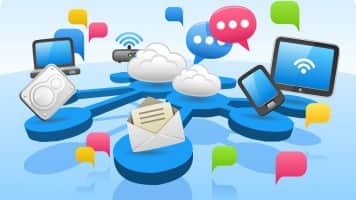 The 'Public Cloud Opportunity in India' study released today highlighted that the public cloud market comprises 20-22 percent of the share, while the remaining 78-80 percent is accounted for by private cloud.

The public cloud market has rapidly evolved in the last two years in India with significant traction across SaaS, PaaS & IaaS (software as a service, platform as a service, infrastructure as a service), the study said.

With the current market of $160-192 million in 2011, public cloud in India is at a very nascent state of the market and may not have hit the inflection point yet, indicating significant future potential.

The PaaS and IaaS markets in India, on the other hand, are rapidly growing, though from a small base, the study added.

Zinnov Management Consulting Director, Market Expansion Praveen Bhadada, said: "Public cloud market is expected to grow at 55 percent CAGR in the near future and will become default choice for new IT investments, especially in the SMB segment."

"We will not be surprised, if cloud takes up more than 20 percent of the total Indian IT spend in the next couple of years. This would also mean that there will be a significant demand in the job market for cloud computing related skills", he added.