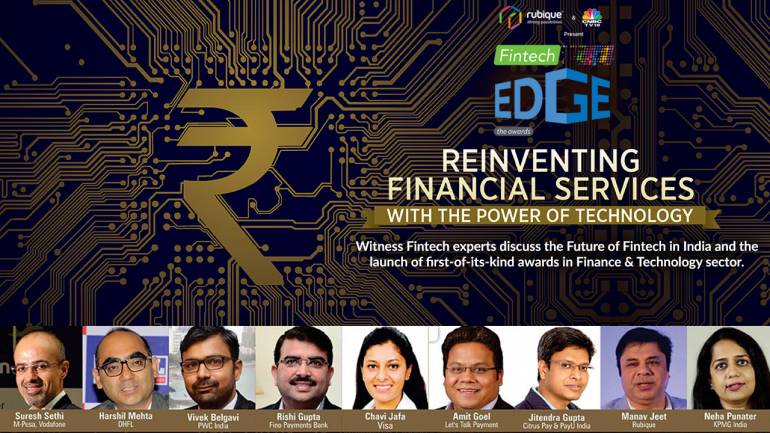 National, 23rd August: In the post-demonetization and post-GST era, the Fintech industry has come to play an imperative role in the way people deal with their finances. Recognizing the industry’s potential growth, CNBC-TV18 with Rubique, announced FINTECH EDGE, a first-of-its-kind awards in Finance & Technology sector, in an event held on 21st August 2017 in Mumbai. The event witnessed riveting panel discussions on topics such as “Has Fintech Industry Reinvented Financial Services?” and “Future of FinTech Industry: Issues, Challenges & Opportunities.” The key note speech at the event was delivered by Amit Goel, Co-founder and MD, Let’s Talk Payments.

The renowned panellists and speakers at the event discussed technological advancements and digitization that has given impetus to the industry at large. Revenue models, consumers, partnership with banks and other fundamental issues and practices in the industry were also discussed. The FINTECH EDGE panel discussions have been taking place across the country with CNBC-TV18 and Rubique inviting industry experts, entrepreneurs and innovators to take the conversations forward. Held in Bengaluru, Delhi earlier and now Mumbai, FINTECH EDGE will also travel to other parts of India.

Commenting on the occasion, Joy Chakraborthy, President Revenue – Network 18 and CEO, Forbes India said, "Network 18 has always pioneered in thought leadership and fintech firms are at the forefront of creating the biggest paradigm shift in the financial services industry. CNBC-TV18 believes that the recent moves by the government along with vigorous activity in fintech space in India has accelerated interest in the fintech ecosystem and we do have an edge over the others to become a global fintech superpower. With the launch of Fintech Edge in partnership with Rubique, CNBC-TV18 aims to set a new platform that recognizes the young icons, acts as a knowledge sharing platform that encourages entrepreneurship and innovation. “

Manav Jeet, MD and CEO, Rubique says, “The future is digital & when it comes to spreading this wave across the diverse market of India, we need to collaborate. Rubique has collaborated with Network 18 team to spread the awareness about this emerging category & recognizing the efforts of all entities involved in financial technologies in India. This will be one of the first platform which not only considers the ecosystem but also ensures  knowledge sharing for its success. We are excited about the launch of this award which will help us to connect & collaborate to shape India's digital economy

Some of the important points that was highlighted by the panelist were: