UPCOMING EVENT:Know how Global Investing can be spread beyond the US markets by joining an engaging webinar on November 30, 11:30 a.m.
you are here: HomeNewsWorld

A mourning Britain votes today: Will May win in June?

Brexit and terrorism are foremost on voters' minds as they choose the leaders who will shape their future.

Still reeling from two major terrorist incidents in the past fortnight, Britons are set to cast their votes on Thursday in a high-stakes general election.

Voters will elect MPs to the House of Commons, which is similar to the Lok Sabha in India. The elections were originally scheduled for May 2020. But in a shock announcement in April, Prime Minister Theresa May called for snap elections to be held on June 8 this year, a full three years in advance.

WHY THE SNAP ELECTIONS?

May took charge in July last year after Prime Minister David Cameron resigned in the aftermath of the "Brexit" referendum, in which British voters chose to leave the European Union.

The referendum result was only the start of Brexit, which will be a long-drawn-out process. May set the ball rolling by triggering Article 50 of the Lisbon treaty, which defines how an EU country might voluntarily leave the union.

Britain now has less than two years to negotiate the terms of its exit on trade and other issues. The Conservatives have a slim working majority and May wants a clear mandate before negotiations begin later this month.

A recent poll by YouGov showed that 63 percent of Britons think that Brexit is the most important issue facing the UK.

HOW DOES VOTING TAKE PLACE?

The British system is similar to India, where voters elect their local MP in a general election. There are 650 constituencies in all, of which 533 are in England, 59 in Scotland, 40 in Wales, and 18 in Northern Ireland. More than 46 million people are currently registered to vote.

The party which crosses the halfway mark of 325 MPs wins the election. The leader of the winning party is then formally appointed Prime Minister by the Queen.

Below was the status of the House of Commons before it was dissolved last month: WHO ARE THE CONTENDERS?

May was not in favour of leaving the EU, but the future of post-Brexit Britain would lie in her hands should she win. May has pledged for a "hard" Brexit which involves leaving the single EU market.

Since she was given the PM's post rather than being elected, she is now seeking an approval of her leadership and is pinning her hopes on the message of a “strong and stable” Britain.

Leader of the Opposition, Corbyn has struggled to revive the Labour party since he unexpectedly became its leader after the 2015 election defeat. His left-wing ways have failed to find favour with many in his own party. Labour wants to build a “new partnership” with the EU that involves a "soft" Brexit. It has also focused its attention on improving public services including the National Health Service.

The pro-European party, which was part of the coalition government before a horrible returns of nine seats in the 2015 elections, is seen by many as the greatest hope for those who want the UK retain strong ties with the EU. The party has said it would offer a second referendum on the final Brexit deal.

The SNP is seeking a second referendum on Scottish independence in a bid to retain EU membership for Scots, who had voted by an overwhelming majority to remain a part of the union. The party bagged nearly all the seats in Scotland in the 2015 elections.

The UK Independence Party was created with the agenda of getting Britain to leave the EU. Leader Nuttall has plans for an "integration agenda" promoting "British law and a British way of life". The party is anti-immigration and wants to ban the burqa in public places. It won just one seat last time around.

IS TERRORISM A FACTOR?

There have been three major terrorist incidents in the UK this year, including the Manchester bombing on May 22 and a van and knife attack last weekend, similar to the one in March. 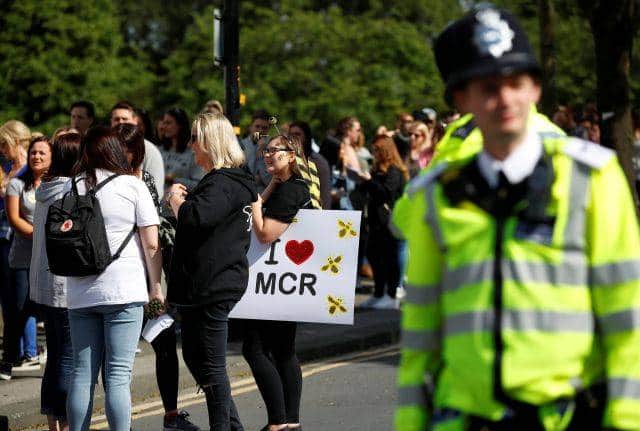 According to a YouGov poll conducted last year, 68 percent of British citizens had expected such terrorist attacks to happen in the UK in 2017. The poll also that terrorism was the second most important issue for Britons.

WHY THE RESULT MATTERS TO INDIA

Indian markets have reason to be hopeful as political stability might help further appreciation of the British pound vis-a-vis the rupee. Companies that were adversely affected post-Brexit owing to sharp depreciation of the pound might gain marginally in this scenario.

For the Indian IT industry, 28 percent of the services are exported to Europe, with UK constituting around 17 percent. An appreciation in the pound will help their cause. Auto exports from India, 4 percent of which go to the UK, will also get boost from an appreciating pound.

WHAT ARE THE POLLS SAYING?

After Theresa May announced the snap elections in April, polls indicated that the Conservatives had a massive lead over Labour. But Corbyn’s party has steadily narrowed the gap as the election date draws nearer.

YouGov’s latest poll has the Tory lead at just four points, while ICM still gives May a decent 11-point lead.

A poll also suggested that nearly four times as many people think the Conservatives are the best party to handle the Brexit negotiations as compared to Labour.

WHEN WILL THE RESULTS BE KNOWN?

Counting will begin on Thursday night and the result should be known in the early hours of Friday morning IST.
Tags: #Business #Theresa May #UK elections #world
first published: Jun 8, 2017 09:53 am