Contest Alert:2 days left to win Amazon vouchers worth Rs 5000. Take the MCPRO Quiz today to grab yours!
you are here: HomeNewsWorld

As per the Dutch government, the ban that was in place from April 26, 2021 has now been lifted.

The Netherlands  has lifted its ban on passenger flights from India beginning from June 1.

As per the Dutch government, the ban that was in place from April 26 has now been lifted, a press release from the Government of India said. This means that passenger flights from India will be able to enter the Netherlands effective today. 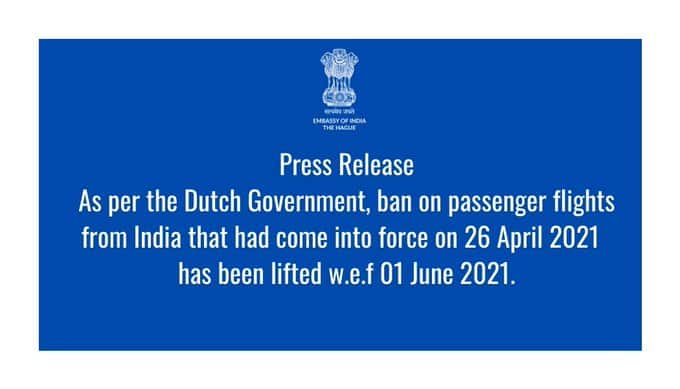 However, the restriction will not apply to international all-cargo operations flights that have been approved by DGCA. Earlier, the international flights were first banned in March 2020 due to the COVID-19 pandemic.