Be a PRO & get up to 50% off on select brands. Explore Now
you are here: HomeNewsWorld
Violence and retaliation will be the answer for now, 'not because we want to, but because we have to', says Israeli diplomat Yaakov Finkelstein, on the ongoing Israel-Palestine conflict and the prospect of a peaceful resolution.
Updated : May 14, 2021 / 04:39 PM IST

West Asia is teetering on the brink of another war with continued escalation of the conflict between Israel and Palestinian militants. At a time when fury and fear have left the streets of Israel simmering, the reluctance of leaders from both sides to relent may be worsening the situation.

The Israeli military has claimed that Hamas, the militant organisation that controls the Gaza Strip, unleashed over 1,000 rockets against Israel since the escalation of the violence. Some of these projectiles landed inside the Gaza Strip itself, failing to cross the border and hit the target, The Times of Israel reported quoting Israel Defence Forces. Most rockets that crossed over to Israel were struck down by the 'Iron Dome' air defence system.

Israel has been retaliating with air strikes and has threatened ground operations in Gaza. The attacks and counterattacks have led to civilian casualties on both sides.

So, what triggered this round of conflict between the historic arch-rivals? 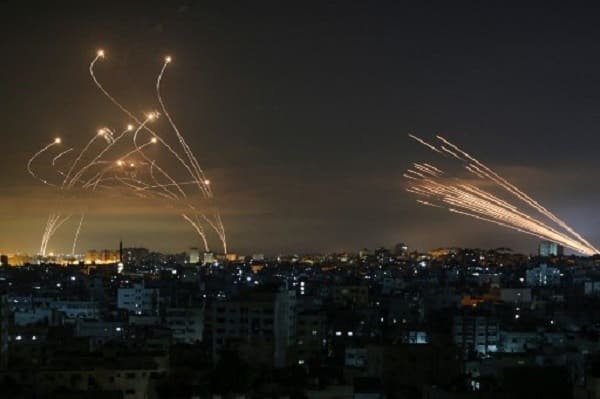 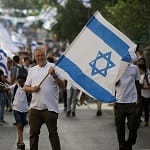 How it all started

The ultimate picture of violence that the international news media started reporting was the culmination of a host of scattered hostile events, with the immediate trigger being the clashes between Palestinians and the Israeli police at the holy hilltop compound in East Jerusalem.

Palestinians were already seething with anger over the constant confrontations with the Israeli police in East Jerusalem over restrictions on gathering at the Al-Aqsa mosque. The mosque is considered to be the third holiest site in Islam. The postponement of a court ruling to decide the fate of evicted families in Sheikh Jarrah, a predominantly Palestinian neighborhood in East Jerusalem, only added fuel to fire.

To top it all, in a show of strength, Israeli Jews on May 10 took out a procession to mark Jerusalem Day, which celebrates the capture of East Jerusalem in 1967.

During the holy month of Ramadan, Hamas has always demanded that Israel call back its police deployment from the Temple Mount -- a site revered by both Muslims and Jews -- and the Sheikh Jarrah district.

Palestinian families in the area frequently face eviction at the hands of Jewish settlers. However, when its ultimatum went unheeded, the extremists reportedly started launching rockets from Gaza into Israel.

By the beginning of this week, stun grenades, tear gas and rubber bullets had turned the air at the holy hilltop compound, thick with smoke. 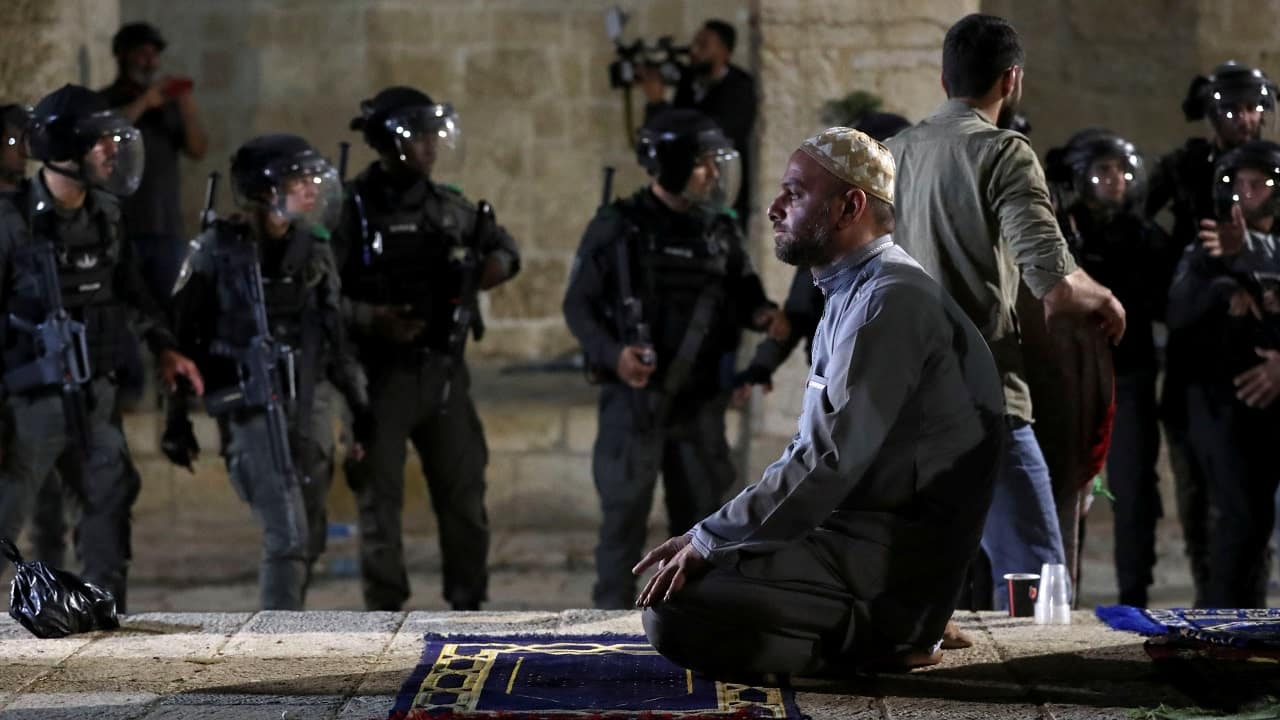 A Palestinian man prays as Israeli police gather during clashes at the compound that houses Al-Aqsa Mosque amid tension over the possible eviction of several Palestinian families from homes on land claimed by Jewish settlers in the Sheikh Jarrah neighbourhood, in Jerusalem's Old City on May 7, 2021. (Image: Reuters/Ammar Awad) At the core of these Israel-Palestine clashes is the Jewish state’s attempt to limit gatherings at the Al-Aqsa Mosque, along with the Sheikh Jarrah land ownership at the centre of the dispute.

Al-Aqsa has been a ground for religious skirmishes since the year 2000, when Israeli forces stormed the compound to quell a Palestinian uprising. That aside, scattered skirmishes invariably dot the holy month of Ramadan.

The mosque is not only a holy site but a place of historical importance. Muslims believe that Prophet Muhammad travelled from Mecca to Al-Aqsa and continued therefrom to heaven.

Built on a hilltop, it is also known as the walled plateau, a place which is equally holy for Jews as it hosts the Temple Mount, which they believe was built in biblical times.

Israeli Jews, Muslims of Palestine and the rest of the Arab region, stake their claim on this site, making it a flash point.

The recent skirmishes were a result of Israeli police putting up blockades preventing people from gathering in large numbers at the Damascus Gate Plaza.

A cap of 10,000 devotees at the Al-Aqsa forced thousands of Palestinians to return without getting to offer prayers. They clashed with the police, leading to retaliation, with allegations of brute force being used by security personnel. 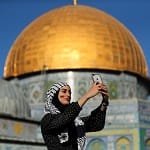 What is the situation right now? Is peace visible? Israeli military has reportedly struck “a number of significant terror targets” across Gaza in response to rocket attacks by the Hamas.

The Hamas militant group -- labelled by many countries as a terrorist organisation and which controls Gaza -- has said it is launching rockets at Tel Aviv and surrounding areas in response to “the enemy’s targeting of residential towers”.

Hamas leader Ismail Haniyeh has said the group is “ready” if Israel does not relent. “If [Israel] wants to escalate, we are ready for it, and if it wants to stop, we're also ready,” he said.

Meanwhile, Israel has cited its right to defend itself and Defence Minister Benny Gantz has said the country's strikes were “just the beginning”.

“Terror organisations have been hit hard and will continue to be hit because of their decision to hit Israel. We will return peace and quiet, for the long term,” Gantz added.

In view of the situation at hand, Israeli Prime Minister Benjamin Netanyahu has declared a state of emergency in Lod, a city 15 kilometres southeast of Tel Aviv. According to a report by The Times of Israel, this is for the first time since 1966 that emergency powers have been used over the country's Arab community.

The international community has been calling upon both sides to make efforts to stop the clashes from escalating into a full-scale war. 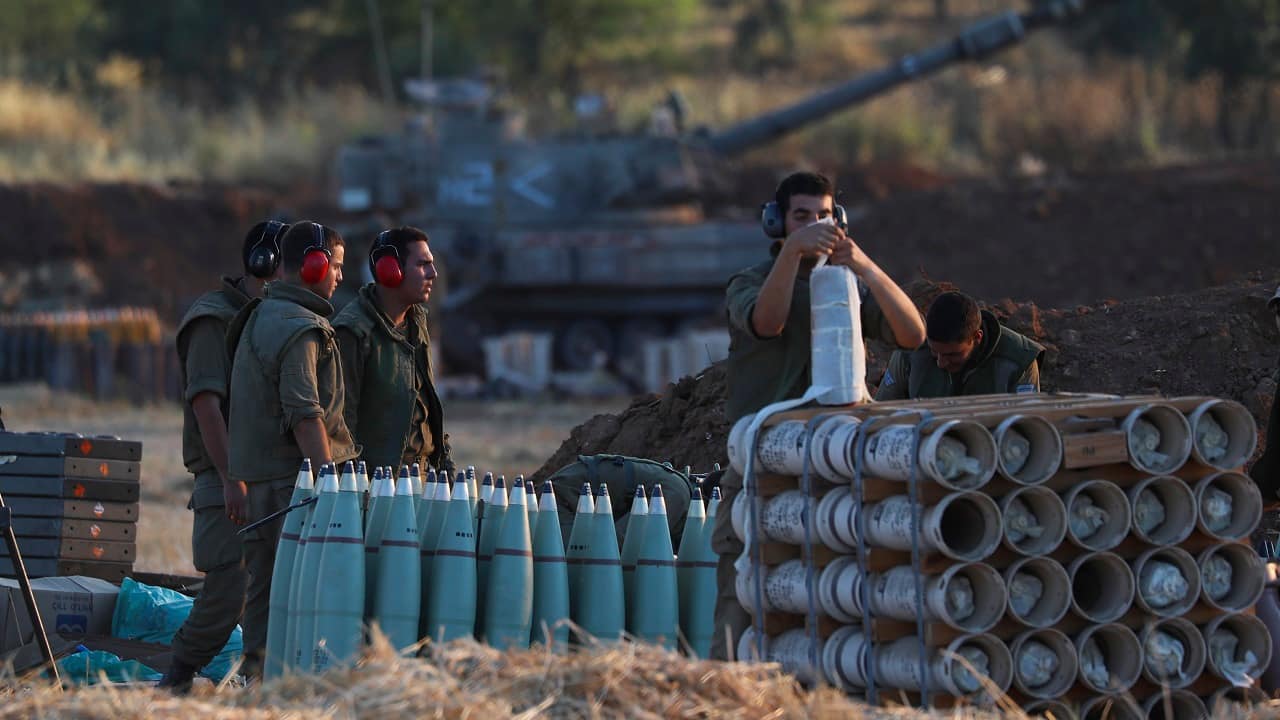 Israeli soldier arms artillery shells next to an artillery unit at the Israel-Gaza border on May 13, 2021. (Image: AP Photo/Ariel Schalit)

Yaakov Finkelstein, the Israel's Mumbai Consul General, was in Jerusalem when the clashes began last week. On his return to Mumbai on May 12, he told Moneycontrol that he witnessed sirens announcing the rocket attacks.

“I was actually at the Machne Yehuda Market in Jerusalem when the sirens went on and heard the blasts of the interception of the rocket,” Finkelstein said.

Finkelstein reiterated that bowing to pressure from Hamas is not on the cards, even though “Israel is a peace-seeking country like all democracies”.

“We are resorting to military attacks not because we want to, but because we have to… Ideally, this could have been solved over a round table conference, but with terror outfits like Hamas attacking us, we have to defend our citizens and our sovereignty first… If we relent today, there will be more attacks tomorrow. This will fuel their ultimate agenda to wipe Israel off the maps,” Finkelstein suggested.

“Hamas is a murderous terrorist organisation that is responsible for the death and injury of thousands of Israeli and Palestinian civilians. The Hamas Charter is an antisemitic document that endorses the murder of Jews solely based on their religion. The outfit has been designated as a terrorist organization by many countries in the world -- including the United States and the European Union," the Israeli diplomat said.

“Hamas situated its facilities in the heart of the civilian population, including within multi-story buildings that contain several military targets. It uses the civilian population as a human shield. They are indiscriminately attacking population centres in Israel, killing children, foreigners (including Indian citizen Soumya Santosh), Muslim, Israeli Arabs and Palestinians themselves," Finkelstein claimed.

The Hamas is stoking the kind of Islamist extremism that West Asia previously experienced under ISIS, Finkelstein added.

On the other hand, the Palestinian Authority has condemned Israel's "military aggression" in a tweet, saying it was "traumatizing an already beleaguered population of 2 million people who have been imprisoned by Israel’s illegal blockade for 14 years, suffering its inhumane impact on all aspects of life." 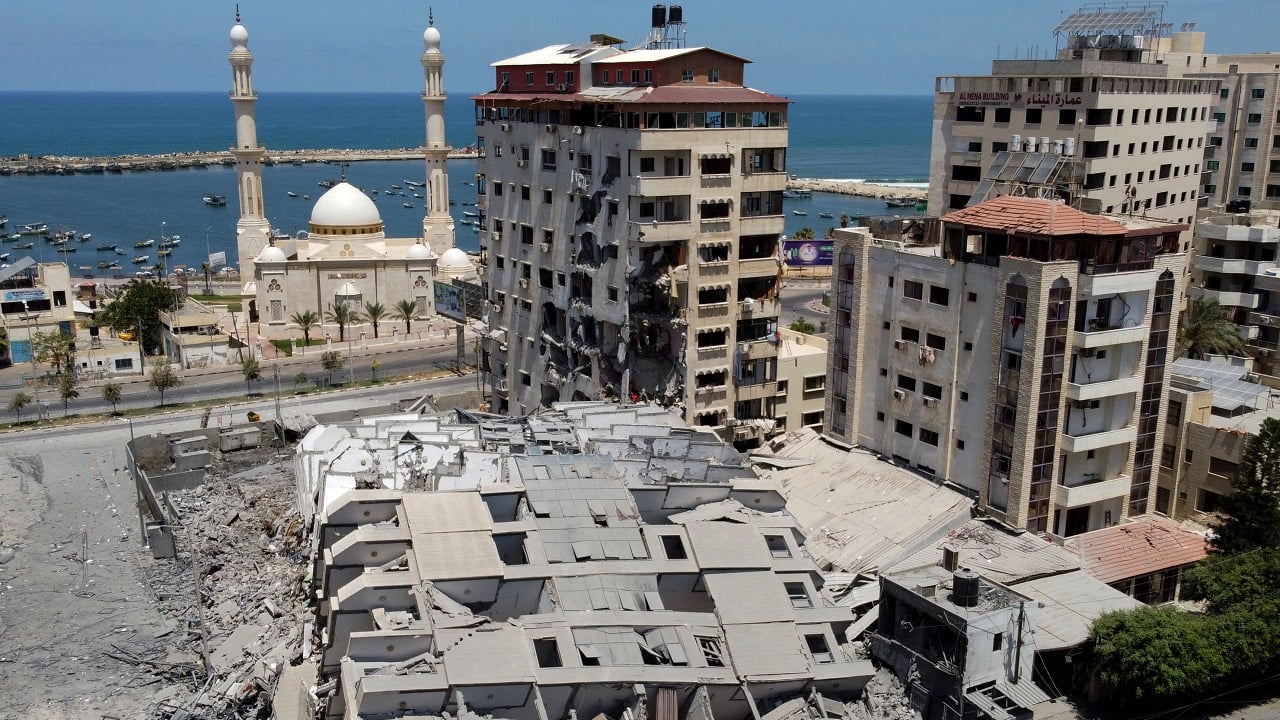 A picture taken with a drone shows the remains of a tower building which was destroyed in Israeli air strikes in Gaza City May 12, 2021. (Image: Reuters/Mohammed Salem) 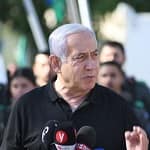 Israel considers Jerusalem to be its “unified and eternal” capital. In the 1967 Six-Day War, Israel captured east Jerusalem, including the Old City, along with the West Bank and Gaza -- a move that is not recognised by the international community.

However, Palestinians continue to stake claim to east Jerusalem and want to establish it as the capital of their hoped-for state.

Incumbent leaders of both sides may stand to gain from the current friction amid political instability.

Israel’s political system is facing its own crisis. No party has been able to form a stable government as four elections over the past two years have proved to be inconclusive. None of the players attempting to form a government in Israel seem interested in another election.

Opposition leader Yair Lapid is hoping to form a 'Change Bloc' coalition that could push Netanyahu out of office. But Lapid's plans are facing obstacles amid the ongoing fighting.

Coalition talks on forming Israel’s next government have frozen as the Islamist Ra’am party has refused to continue negotiations amid the Arab-Jewish violence within Israel. The Times of Israel reported citing sources within political parties opposed to Netanyahu as saying that they hoped that talks would resume when the violence subsides.

As for an organisation like the Hamas, their legitimacy rests on the resistance credentials. Thus, the Hamas stands to gain from the routine demonstration of capacity to counter a purported Israeli threat.

Meanwhile, Hamas’ rival party, Fatah and its leader, Palestinian President Mahmoud Abbas, has been a picture of contrast. He has been largely silent over the crisis, despite the loss of scores of Palestinian lives.