Crypto exchange Coinbase is down 77% YTD: Why is Wall Street still bullish?

The crypto exchange is down nearly 77% so far this year, trading far below its first-day closing price of $328.28 last April. But analysts still broadly recommend the stock, despite its weaker-than-expected first-quarter earnings report.

Coinbase Global Inc. has declined precipitously this year, largely mimicking the drop in Bitcoin prices and taking its market value down to $12.5 billion from a peak of over $75 billion last year. But Wall Street still remains bullish on the stock.

The crypto exchange is down nearly 77% so far this year, trading far below its first-day closing price of $328.28 last April. But analysts still broadly recommend the stock, despite its weaker-than-expected first-quarter earnings report. The stock was given a buy rating by 22 analysts, according to data compiled by Bloomberg. While five gave it hold ratings, only four recommended selling the stock. 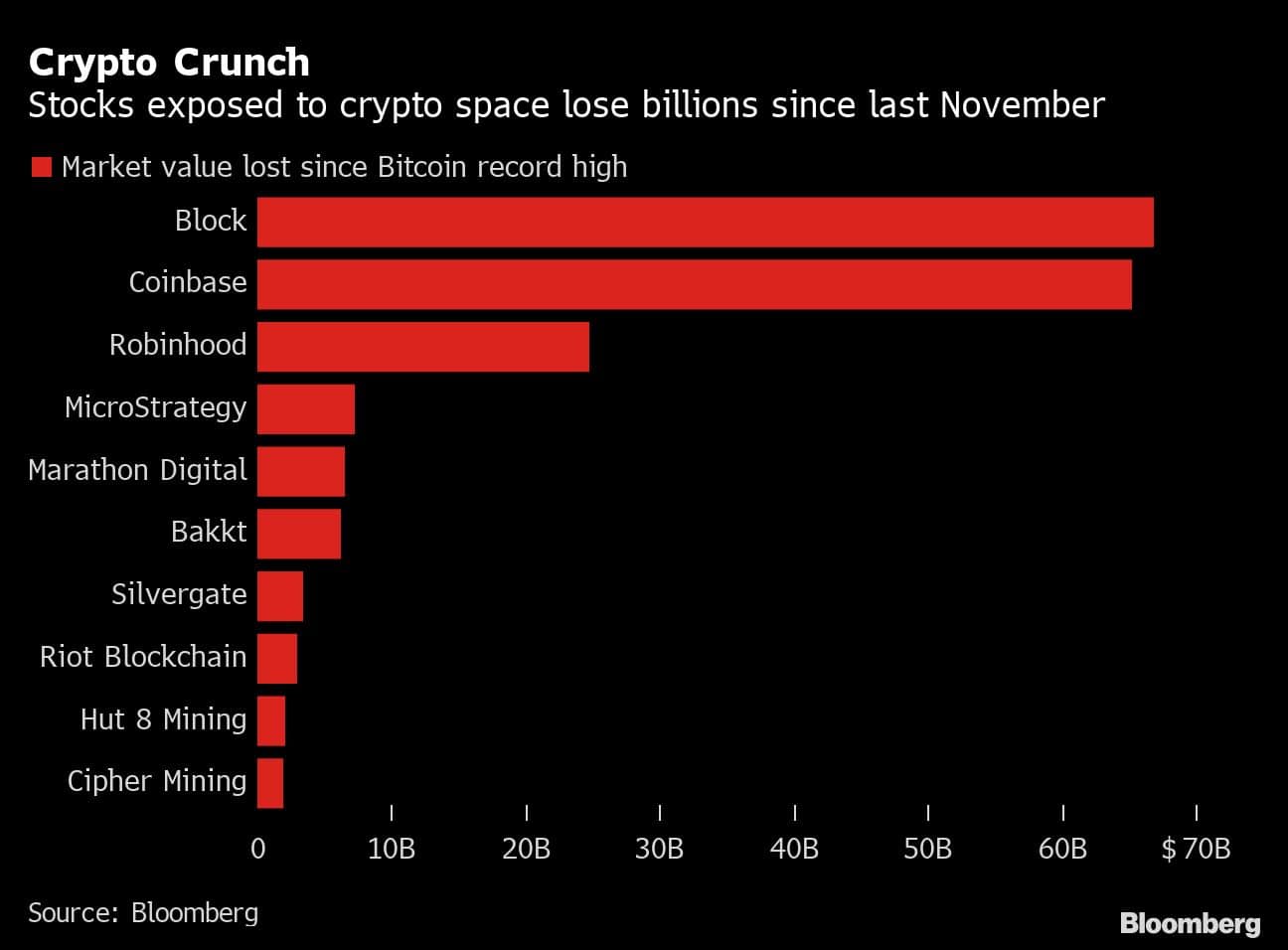 Even a Mizuho Securities analyst with one of the lowest price targets on Coinbase stays hopeful on the firm’s ability to stabilize its share price this month.

“Yet we believe the cost at which this is achieved is too high, and it is unlikely going to be any less costly,” Mizuho’s Dan Dolev wrote in a note Thursday, when he lowered his price target on the stock to $60 from $135. The average price target on Coinbase is $170.09, Bloomberg data show.

Large investors have also continued to pile in. Coinbase’s third largest investor, Cathie Wood’s Ark Investment Management, increased its holdings of the stock, according to a trading update late Wednesday. Wood, who is known for her dogged style of handpicking long-term growth companies with visionary stories, spoke at a panel with Coinbase CEO Brian Armstrong last week, where they touted the potential of crypto.

“The extent of that decline is vastly overblown and stems, in large part, from a lack of understanding among many retail investors of how well capitalized Coinbase is,” said Mark Palmer, a fintech analyst at BTIG, who set a $380 price target on the stock, one of the highest among analysts.

While the current markets environment is challenging, Palmer said that Coinbase could eventually see “a very different competitive environment if there’s a shakeout among those smaller exchanges.”

Despite lackluster results and the steep decline in market value, the firm is unlikely to be an acquisition target, Palmer said. The management would reject a bid even with a significant premium, he added.

An activist investor could come aboard and push for cost rationalization at Coinbase, said Michael Bucella, general partner at BlockTower Capital, a crypto and blockchain investment firm.

“Within the crypto ecosphere, it’s almost too big to fail,” he said.