Upcoming Webinar:Join us for 'The Future Techshot' on Sept 22, 10:30am to gain insights into role of tech in streamlining businesses. Register Now!
you are here: HomeNewsWorld

Air Force One: A look at the US President Donald Trump's official aircraft

The plane has the President’s executive suite, two kitchens which can feed 100 people, and a medical suite with a doctor always on board

President of the United States Donald Trump is scheduled to visit India from February 24-25, in what would be his first visit to the country. Trump along with wife Melania Trump will travel by Air Force One, which is the aircraft traditionally used to transport US Presidents.

The moniker was initially used for any US Air Force aircraft that ferried US Presidents but currently describes two highly customised Boeing 747-200B series aircraft, as per the White House official website.

Dubbed as one of "the most recognised symbols of the US Presidency" the planes feature the words "United States of America", the US flag and the US President's Seal, it added.

Inside it has 4,000 square feet of floor space across three levels, including the President’s executive suite, two kitchens which can feed 100 people, and a medical suite with a doctor always on board. The medical suite can also be converted into an operating room if required, the website noted.

The aircraft also houses quarters for senior advisors, Secret Service officers, the press, and other guests who travel along with the President. 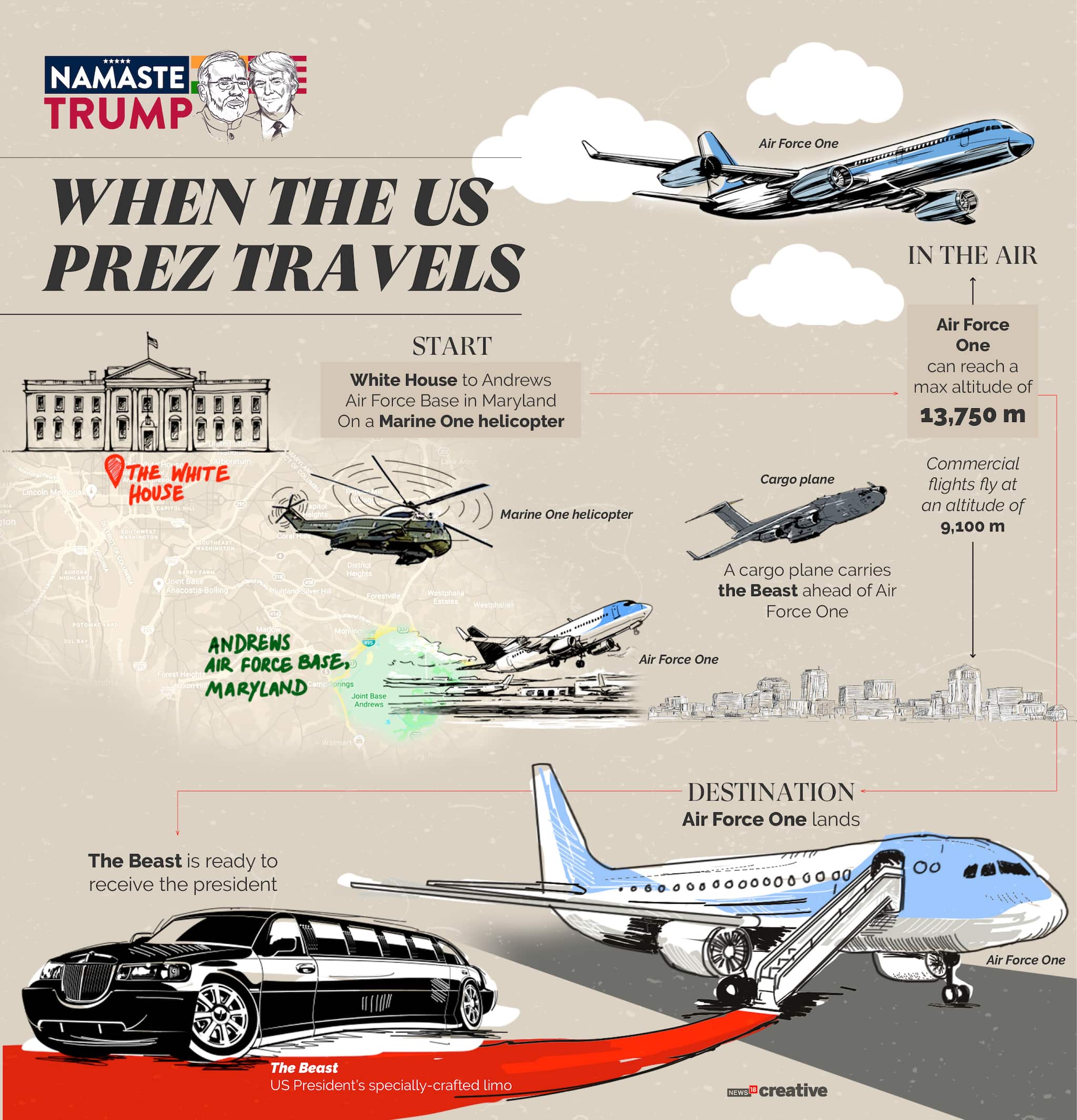 It further states that onboard electronics are hardened to protect against electromagnetic pulse. "Air Force One is equipped with advanced secure communications equipment, allowing the aircraft to function as a mobile command centre in the event of an attack on the US," the site added.

There is provision for mid-air refuelling, and the aircraft has an unlimited range to transport the US President. Several cargo planes usually fly before the Air Force One to provide the President with required supplies and services in the remote locations.

The Air Force One is maintained and operated by the Presidential Airlift Group, which is part of the White House Military Office.

The other well-known vehicle that Trump will use during his visit to India is an armoured limousine called 'The Beast'.
Moneycontrol News
Tags: #Current Affairs #Donald Trump #Trump India visit #US #World News
first published: Feb 19, 2020 01:22 pm