Why Facebook's Year in Review app is a colossal failure

Internet companies depend heavily on their developer teams to out-innovate rivals. Often these products are based on assumptions that it knows users' likes, tastes and preferences. These teams then conjure up algorithms based on such assumptions to create products, but seldom anticipate one man's food can be another man's poison.

When Facebook's mindless Year in Review app auto-generated Eric Meyer's most traumatic moment in the name of celebrations, the web design consultant did what he could do best — to present the folly behind algorithms in his a heart-wrenching blog Inadvertent Algorithmic Cruelty. All facebook users now know that YIR is a simple app manufactured in the Facebook factory that shows up on users' feeds highlighting his/her most memorable photographs posted in 2014.

In Meyer's case, the title photograph jolted him. Meyer lost his six-year-old daughter to cancer this year and the app cruelly forced him to relive the pain by popping up a cover photo of his dead child, surrounded by balloons and people dancing, in his timeline. Clearly designers and programmers behind this app did not consider the possibility of any one of its million users wanting to erase the happenings of 2014.

The grieving dad wrote "... My year looked like the now-absent face of my little girl. It was still unkind to remind me so forcefully...But for those of us who lived through the death of loved ones, or spent extended time in the hospital, or were hit by divorce or losing a job or any one of a hundred crises, we might not want another look at this past year."

Even in his loss, Eric chose his words productively and thoughtfully. "To show me Rebecca’s face and say `Here’s what your year looked like!' is jarring. It feels wrong, and coming from an actual person, it would be wrong. Coming from code, it’s just unfortunate. These are hard, hard problems. It isn’t easy to programmatically figure out if a picture has a ton of Likes because it’s hilarious, astounding, or heartbreaking." 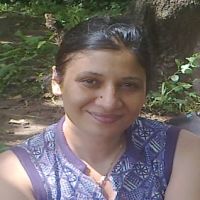 The social networking site has since then apologized to the grieving father and admitted YIR was not the best idea after all. Alongside, FB also tweaked the feature by replacing “It’s been a great year! Thanks for being a part of it" to a neutral "See you next year!"

Algorithms do not have a soul

Internet companies depend heavily on their product development teams to out-innovate rivals. Often these products are based on assumptions that it knows the users' likes, tastes, preferences and a host of other things. These teams, and prized ones at that, then conjure up algorithms based on such assumptions to create products, but seldom anticipate one man's food can be another man's poison. As long as it is fun, nobody minds. But trouble starts when these myopic product groups believe all equations can be uniformly applied to all individuals. That’s the biggest mistake Facebook made this year.

For social network company Facebook, developing YIR was easy peasy. In their eagerness to wind up 2014 with a bang, it developed an app that clubbed your most Liked and commented upon photos and statuses from the past year and shoved them down your timeline with the caption, "It's been a great year! Thanks for being a part of it." Really! What kind of algorithm went behind making this colossal dud?

To begin with, why was it so difficult to imagine there could be painful memories for people around? That everyone does not want to relive the previous year? That there would be people working hard to forget their past? Did anyone from the design/product team held a different view before the product was made live? We will not know the answers.

Facebook can argue it has provided everyone with the option to cancel the feature from one's timeline or to choose the preference settings to auto hide. Option? Shouldn't that have been optional! Or they could have created an app that allowed users handle their own content? Or why not apply filter for words like "Sorry," "RIP" "Loss" etc. Developers say it would be, at best, a day's job even for an intern to create filter for every language that Facebook exists in. However, Many FB users have complained that despite words like "Sad Day," "Killed" etc, YIR could not make the distinction.

Internet companies thrive on apps. They are technological tributes meant for humans, not bots. So when geniuses sitting in Silicon Valley or wherever have their eureka moments, hopefully they will remember to write algorithms to encompass modern day complexities. Meyer's story should be an eye opener.