On June 1, 2021, the Netherlands opened up for passenger flights from India. This is the best time to travel to Amsterdam, the city of Vincent van Gogh, Rembrandt, and Anne Frank.

There is never a dull moment in Amsterdam, a city that stands on 11 million poles. Yes, 11 million 15-20 metre poles placed in an 11-metre deep sandy layer. It certainly does not wobble.

So, walk straight into Museumplein, the best place to discover the city’s most iconic cultural institutes. See the Jewish Historical Museum, the Portuguese Synagogue, and the Auschwitz Monument; learn about events such as the February Strike and Winter of Hunger.

Those seeking the unusual can step into the Hash, Marijuana & Hemp Museum, the oldest museum in the world dedicated to the history of cannabis, and the world’s first Museum of Prostitution.

After sunset, the city is ready for a canal cruise, a gig and the perfect riff.

Amsterdam is a very walkable city. Or, try renting a bike – the truly Dutch way of exploring the city.

Here are some must-dos in Amsterdam.

The Canals: You’d need an abacus to count the canals in Amsterdam - 165 canals with a combined length of over 100 kilometres (60 miles). In 2010, the city’s Canal Ring was listed as a UNESCO World Heritage Site.

A canal cruise is a must-do for every visitor. You can live in any of 2,500 canal houseboats, some of which have been afloat for more than a century.

The magnificent Grachtenfestival (Canal Festival), held annually in August on and around Amsterdam’s canals is one of the cultural highlights of the Amsterdam summer.

Anne Frank’s House: The Anne Frank House is a museum with a story. On July 6, 1942, the Frank family went into hiding in the building at Prinsengracht 263. The building that consisted of the main house and the annex housed Otto Frank’s business. Just before the family went into hiding, Anne started writing in the red-checked diary she got for her thirteenth birthday on June 12, 1942. When this first diary was full, she continued writing in notebooks. The red-checked diary and Anne’s other original diaries, among other memorabilia, are on permanent display at the Anne Frank’s House museum.

The other two notebooks on display are the Favourite Quotes Book in which Anne copied quotes she liked, and her Tales Book with short stories she had thought up.

Van Gogh Museum: This is a pilgrimage for all Vincent van Gogh lovers. Home to the world’s largest collection of van Gogh’s artistic works, the Van Gogh Museum displays 200 paintings, 500 drawings, and more than 750 letters of the artist who is considered one of the world’s greatest painters. The most stared-at paintings in the Museum are Sunflowers, Almond Blossom and The Potato Eaters.

Tickets (priced at € 19 per person, free admission under 18 years) can only be booked online at https://www.vangoghmuseum.nl/

Red Light Secrets Museum of Prostitution: The world’s first museum dedicated to sex workers, Red Light Secrets Museum of Prostitution is housed in a famous brothel that is still in its original state. Here, you can see the inside of the sex workers' rooms, hear their stories and learn all about the secrets of the world’s oldest profession. You even get a chance to sit behind one of the windows to feel what it is really like to be watched from the streets.

The entry ticket (€13) includes a small book about the history of the red light district and secret audio tour. The minimum age to enter is 16 years. The museum isn’t wheelchair accessible. Spread over 32 hectares, Keukenhof  has 800 different varieties of tulips. During Tulip Festival, you can see blooming tulips at 85 locations: in the public areas of Amsterdam, in the gardens of the city’s museums and hotels, and by notable buildings in the city. Entry is free. 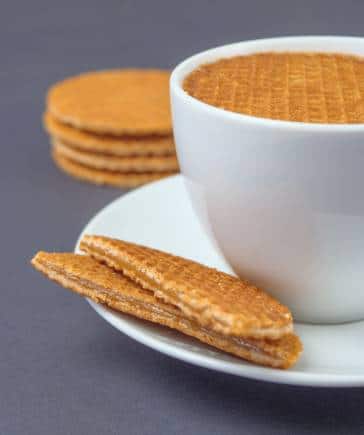 Must-eats: Do not leave Amsterdam without trying these: