Asia’s largest tulip garden, at the foothills of the Zabarwan range in Srinagar, is now open to tourists. This year, J&K Chief Secretary Arun Kumar Mehta inaugurated the garden on March 23. The first week saw a large crowd of tourists and locals flocking to the garden, where a series of musical and cultural events were held to entertain them. (Photo: Irfan Amin Malik) There are around 64 different varieties and 15 lakh bulbs showcased over over 30 hectares. In addition to tulips, the gardens feature daffodils, hyacinths and muscari. (Photo: Irfan Amin Malik) 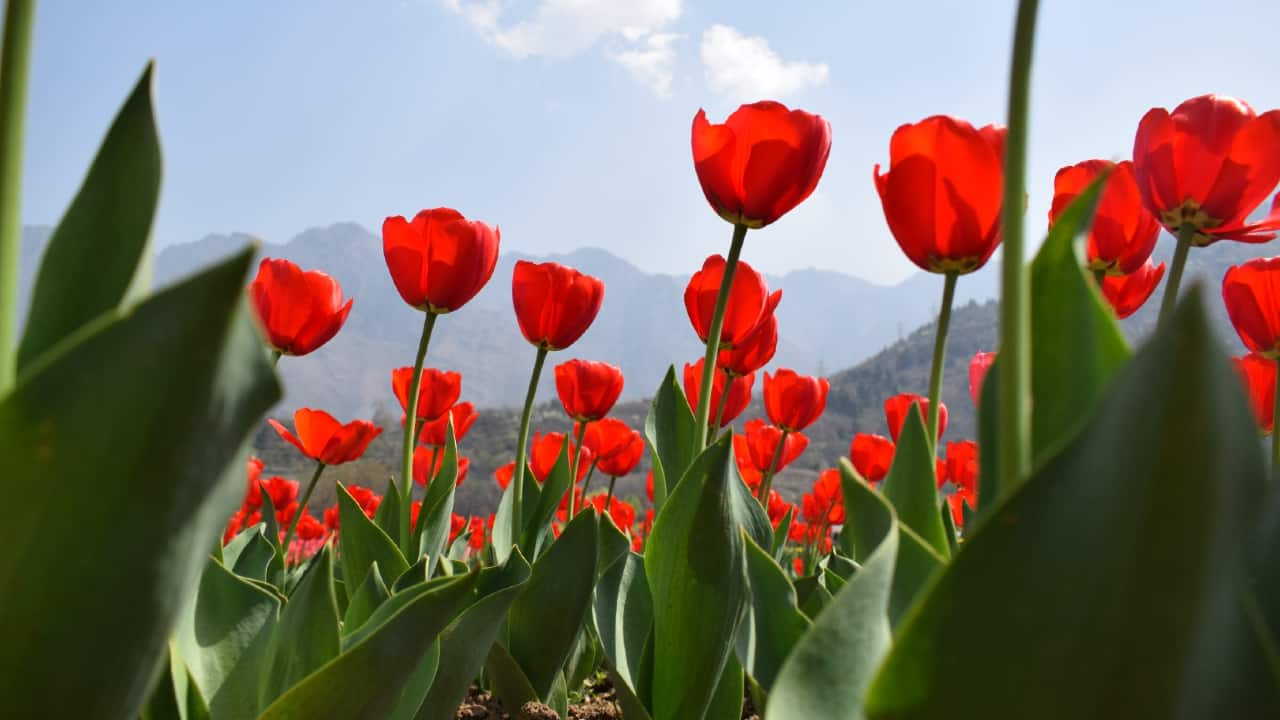 The floriculture department employees plant the tulip bulbs in a phased manner so that the flowers remain in the garden for a month or more. Having said that, the duration for which the garden remains open depends on the weather conditions. If the mercury doesn’t rise by much, then visitors are more likely experience a good bloom. The average lifespan of a tulip bulb as per gardeners is three to four weeks, but heavy rains or rise in temperatures can destroy the flowers. (Photo: Irfan Amin Malik) 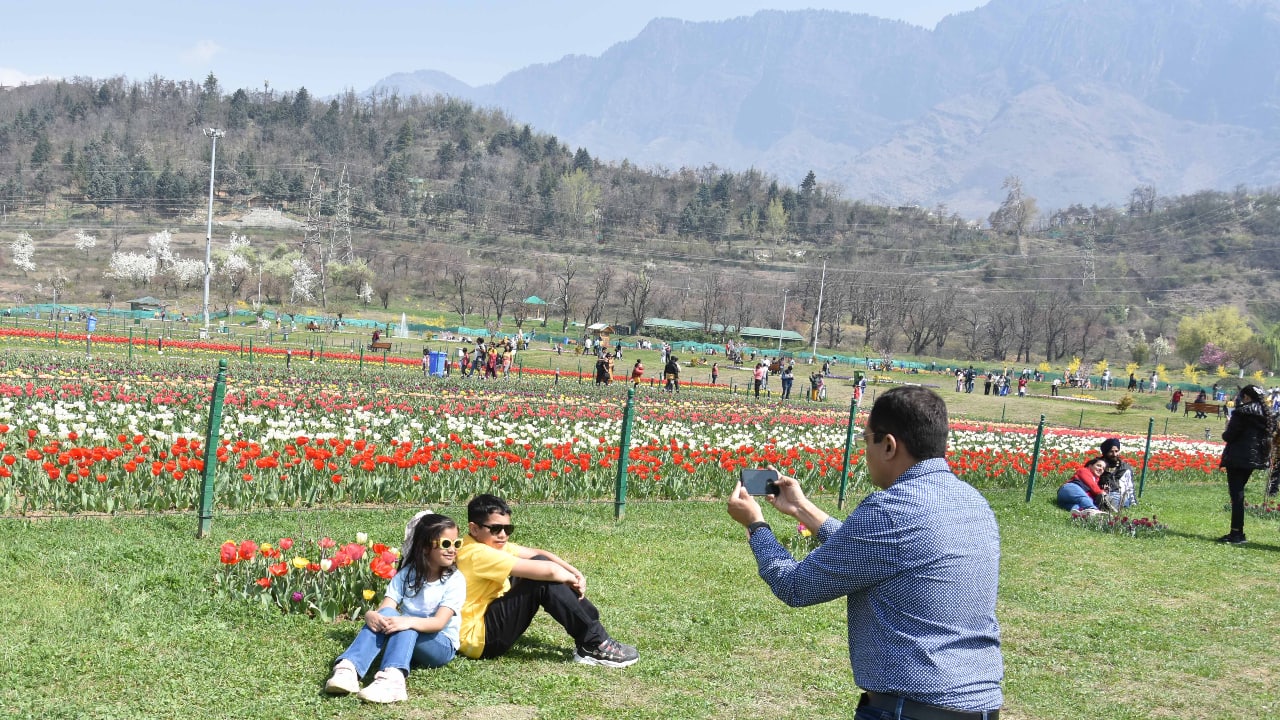 Despite the lockdown, more than 2.3 lakh tourists visited the Tulip Garden in Srinagar last year. The tulip garden is cultivated over months by more than 50 gardeners for the Tulip Festival, organised annually at the onset of spring in Srinagar. (Photo: Irfan Amin Malik) 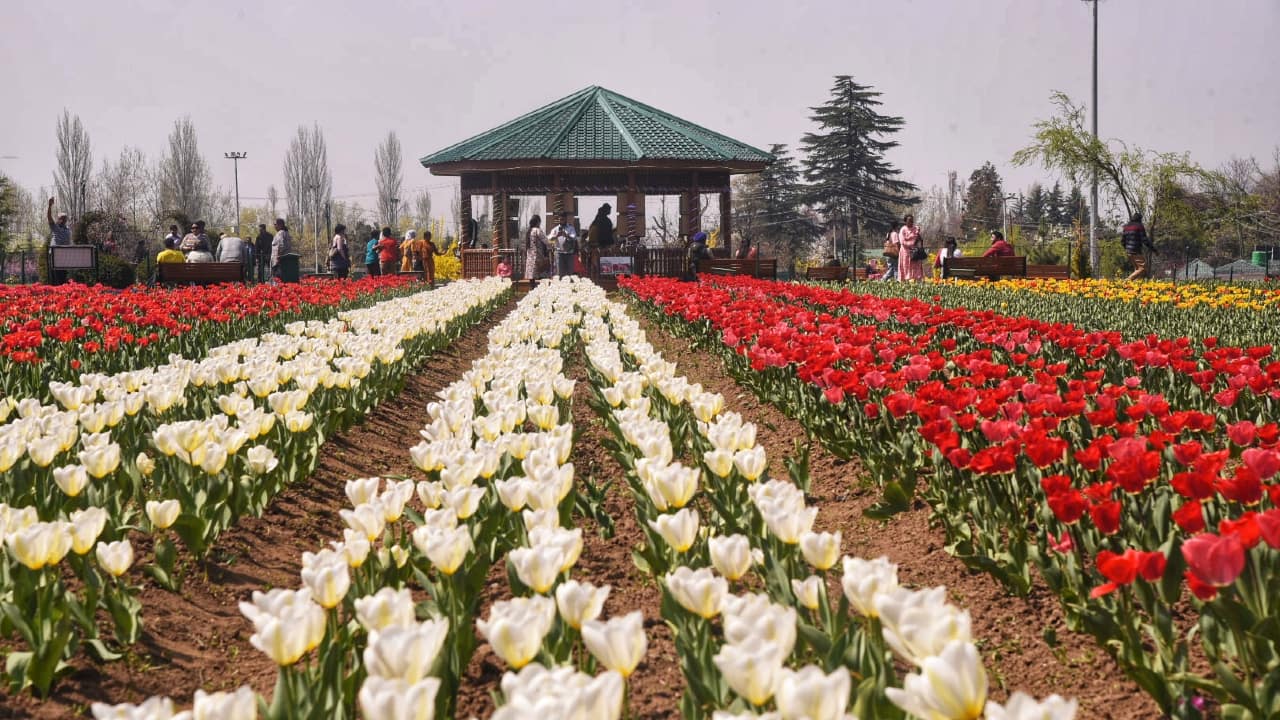 Keeping COVID-19 safety and precautions in mind, the government has also set up a medical centre along with COVID-19 testing facilities. This year, the J&K government’s tourism department also made provisions for online ticket sales to avoid crowding at the ticket counters. E-bookings can be made at https://jammukashmirfloriculture.payu.in/. (Photo: Irfan Amin Malik)