‘You are priceless’: Mumbai Police counsel man who tweeted about ending life

The man had lost his job and was struggling to meet his expenses. But the Mumbai Police reminded him that there is nothing in life that cannot be overcome.

The Mumbai Police located the man in Virar, after which an officer met and counselled him.

Mumbai Police recently helped a man who had posted a note on Twitter about being in financial distress and his intention to end his life.

On December 27, the man had tweeted photos of a two-page note, in which he detailed his troubles. The Twitter user said that he had lost his job and had no money to meet expenses. The tweet has been deleted now.

The man added in his note that he had used up money which a customer had paid to the company he worked with. The man said he was not in a position to return the customer’s money and was scared that a case would be filed against him.

The Twitter user said he was unable to find another job and also expressed concern that his family would be harassed for what he did.

“Now with no option left, I can’t do anything,” the man wrote. He posted the note on Twitter, tagging Mumbai’s commissioner of police, Maharashtra minister Aaditya Thackeray and several others.

Mumbai Police responded to the man’s appeal for help. “Life is too precious,” the police said in response to his tweet. “There’s nothing that cannot be overcome. We request you to stay calm, let’s meet, discuss and resolve. Remember, you are priceless to your loved ones.”

Dear Aamir, life is too precious. There’s nothing that cannot be overcome. We request you to stay calm, let’s meet, discuss and resolve. Remember, you are priceless to your loved ones.Please DM contact. Let’s talk. https://t.co/gkEB9WSn6J

The police asked for the man’s contact number and said they wanted to have a chat with him. They used the conversation to buy time and locate the man, news agency PTI reported.

They managed to trace him to his home in Virar, according to The Times of India.

Mumbai Police later said that an officer met the man and counselled him.

We are happy to share that after the intervention of Mumbai Cyber Police, PSI Wagh, Virar, met Aamir & spoke him out of his dangerous ideas. We request citizens to never resort to such extremes, the repercussions of which could be irreversible. Reach out for help. #YouMatterMumbai https://t.co/0GvhzDKImY

“We request citizens to never resort to such extremes, the repercussions of which could be irreversible,” the police said. “Reach out for help.”

An official said that the man’s former employer was asked not to pursue the matter, according to PTI.

Twitter users praised Mumbai Police for helping the man. "Well done Mumbai Police on your quick action and for saving a life," said a woman named Vedica Podar. "We need to spread more awareness on mental health and suicide prevention."

"Thank you so much for such effort," said another person on Twitter. "You save one life/family. You won my heart."

(With inputs from PTI) 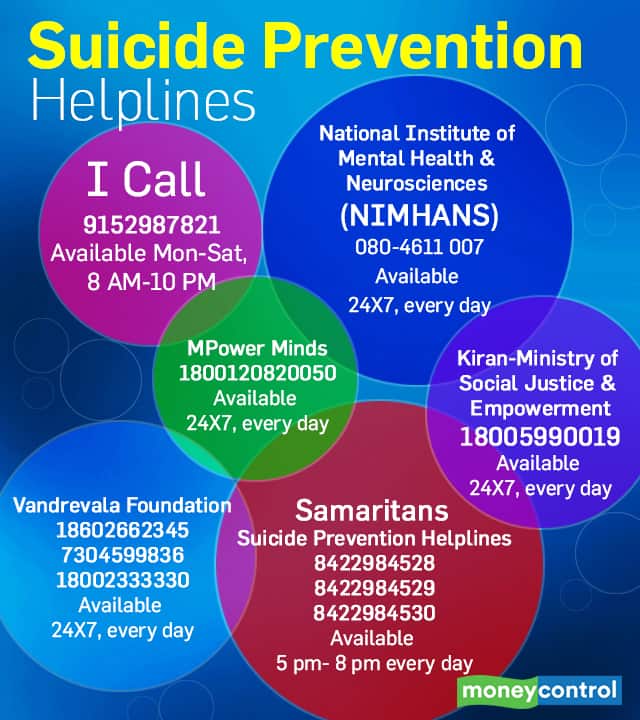