After gin, made-in-India rum is coming into the spotlight - travelling to clubs, personal bars and a chai ki dukaan in Goa.

India has come a full circle where drinking rum is concerned. (Image: Jaikishan via Unsplash)

Distilled for the Armed Forces, Hercules Rum had a small but committed following. Then Old Monk came along, and dark rum found a newer audience and equally committed set who wouldn't drink anything else and said as much - at office parties, family gatherings and college reunions.

Speaking of college reunions, in the 1970 and ’80s, these were synonymous with the mosaic designed, stocky glass bottle of Old Monk Rum, which sold approximately 8 million bottles annually at peak. The sales may have declined over the years, but the nostalgia and popularity still linger.

A tea stall operator at Café Aguada, on Sinquerim Beach, Goa, now adds rum to their speciality tandoori smoked tea. Explains Arvind, the brain behind this creation, “This is no ordinary tea, but is made using my special home-made chai masala comprising nine spices. As kids, my mother gave this to us in winter to combat a cold. I replicated her idea and what better rum than Old Monk?”

Old Monk reigned supreme for decades, till others came along, especially after import restrictions were eased. Until recently, rum was considered, as the spirit of choice in eastern and southern India, but geographical boundaries no longer exist for drinkers.

Not surprising as, South Asia is considered one of the largest consumers of rum across the globe, with India and the Philippines having the highest number of consumers.

White rum for cocktails has always been favourites of bartenders, but there were fewer takers for a dark rum. Of late, though, dark, gold, spiced and craft rums have caught the fancy of the younger generation. While Amrut’s Two Indies’ Rum has been the numero uno in the craft rum category, others have made an entry too. 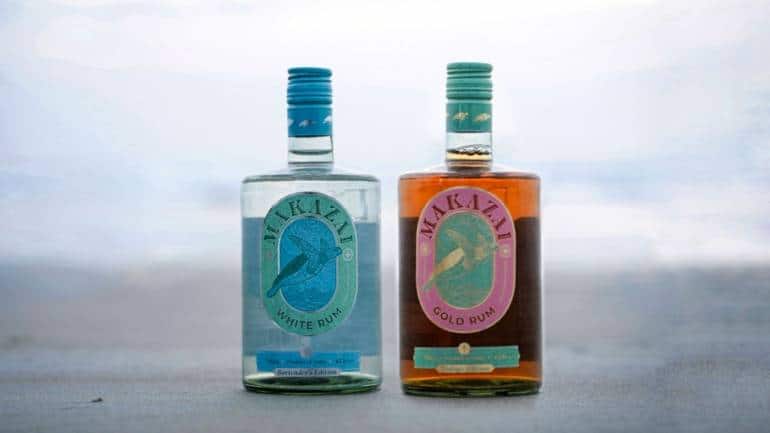 Banerjee adds that new entrants in the Indian market are trying to break away from dark rum's colonial legacy and as something for the colder months. "Brands are trying to... reinvent it as a versatile, artisanal spirit celebratory of all seasons. Given that India has the exact climactic conditions required to produce the best-quality craft rum, we anticipate this demand will only grow,” he says.

The gin market being saturated and the global resurgence of rum, with imported brands launching in India has helped, according to Sachin Bhamri, founder, Surbhi Beverages.

“We saw a gap in the spiced rum segment after the discontinuation of Captain Morgans spiced rum in India and decided to launch Earth - India’s first sustainable rustic spiced rum in Goa at Rs 1,350 for 750ml. Post lockdown, Indian consumers are looking to buying more premium brands bottled in Goa,” Bhamri says. Not all impacts of the pandemic have been negative. The stroke of serendipity seems to have touched Goa. At least where home-grown alcohol brands are concerned, and rum is no exception.

Stilldistilling Spirits’ Maka Zai, a two-and-a-half year-old aged spirit from Punjab, is blended on the Goan seashore with hints of praline, dry dates, figs, caramel, cinnamon and honey and is priced at Rs 1,300.

Segredo Adeia Café rum from Fullarton Distilleries in Goa, infused with dark roasted whole coffee beans, is yet another addition.

But Goa is not where all the rum is. Rock Paper Rum Indian Spiced, at Rs 1,500 for 750ml, by Lalit Kalani is a small batch, triple-distilled golden medium-bodied rum crafted from sugarcane, and a gamut of botanicals and spices. Stilldistilling's Banerjee says that on the one hand, there is growing appreciation among consumers for neat premium rum, and on the other, brands too are experimenting with infusions - clear and dark rums distilled with flavours like coffee, coconut, ginger, and berries.

Aman Thadani, director of business development, Fullarton Distilleries Pvt Ltd, opines, “There is definitely a resurgence of rum and today, it is different from what it was. Several myths around rum have been broken. The audience who appreciates good rum is growing steadily. Different styles of rum are surfacing in India and there seem to be takers who have had exposure to the international rum offerings.”

Vikram Achanta, founder and CEO, Tulleeho, says, “The sudden flood of rums in the market, is interesting. I definitely think that these Indian rums, craft or otherwise, are riding on the wave started by gin that has sparked considerable interest both from consumers and the trade. I think it’s still early days for rum in India, given that most of the newer brands have launched recently and it will take some time before their collective weight comes to bear on cocktail menus and drink trends.”

India has come a full circle where drinking rum is concerned. Bhamri, sums up succinctly, “India has always been a rum drinking country and the current surge of new imported and domestic rums entering the Indian market shows the growing acceptance towards artisanal rum brands.”