Book review: Long-listed for the Booker Prize 2022, 'Glory' is a punchy political satire from Zimbabwe

In language that crackles with innovation, wit, wild exuberance and a sharp bite, Bulawayo choreographs the transgenerational trauma of a postcolonial nation where one tyrant is brought down only to be replaced by another.

Many of the incidents in the novel have real life parallels in the recent history of Zimbabwe, especially around and after the downfall of Robert Mugabe (above) in 2017. (Photo: Philimon Bulawayo/Reuters)

NoViolet Bulawayo’s debut novel We Need New Names was a sensitive coming-of-age tale about a young Black girl’s arrival in America. Examining the themes of displacement, unbelonging and the difficulty of reinventing the self, it signalled the emergence of a gifted promising voice – which was confirmed when it was shortlisted for the 2013 Booker.

This year, her second novel, Glory, is on the long list as a strong contender. Apart from the fact that it makes Bulawayo the first Black African woman and the first Zimbabwean to be up for the Booker, not once but twice, Glory achieves that rare thing for a second novel: it offers an even more powerful story than the first and tells it in a refreshingly different style. The technique traces its lineage to classical sources such as Aesop’s Fables, the Panchatantra, the Jataka Tales and their modern descendant, Animal Farm. Style as a political statement

All these works use animals as the main characters. George Orwell’s Animal Farm is an allegorical novella that satirized the 1917 Russian Revolution and the Stalinist government that came to power in the Soviet Union. This storytelling device uses style as a political statement. Apparently, no one can represent a culture and society descending into totalitarianism with as much eloquence as animals.

In Glory, Bulawayo creates a fictional country Jidada where, since its independence from colonial rule 40 years ago, a former revolutionary, Old Horse, has remained President by rigging election after election. Keeping him in power is Marvelous, his wife, a donkey of unbridled ambition, also known as Dr Sweet Mother. Her PhD in Sociology was extorted rather than awarded from the University of Jidada ‘before you could say diss for dissertation.’ She too has her dreams of glory.

Then there is the Party Of Power and the Jidada Defenders, a force of dogs ‘appropriately armed with batons, ropes, clubs, tear-gas canisters, shields, guns and such typical weapons of defending.’ These denizens rule over a population of assorted barnyard animals: goats, cows, bulls, cats, pigs, geese, chickens, ducks, peacocks and butterflies.

In the opening scene of the novel, the Father Of The Nation, while addressing a large rally, in an all-too-frequent case of senile misspeak, informs the crowd, ‘if I’ve learned one useful thing in ruling and ruling and ruling, it is that nowhere else does the power of any regime, no matter how tyrannical, lie than in the fear of multitudes.’ The Party of Power duly notes that the time has come for him to exit.

A coup d’etat, engineered by the Defenders, sends the Old Horse into exile and places his deputy, Tuvius Delight Shasha, better known as Tuvy, on the Seat of Power. While the animal citizens who had given up all hope of seeing a second President in their lifetime are adjusting to the seismic shift, Tuvy the Saviour, protected by a talismanic Scarf of the Nation given to him by his sorcerer-guru, heralds ‘a new dawn, a new season, a New Dispensation.’

So inspired is he by the phrase that he christens his new pet parrot with the name New Dispensation. ‘And New Dispensation was such a show-bird that very soon other birds learnt the strange new song that now seemed to always be in Jidada’s airs. It felt to the birds like another fad not to be left 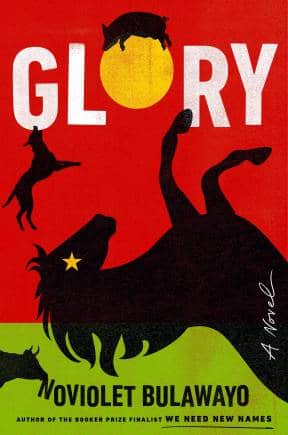 The uses of irony

In language that crackles with innovation, wit, wild exuberance and a sharp bite, Bulawayo choreographs the transgenerational trauma of a postcolonial nation where one tyrant is brought down only to be replaced by another.

While many of the incidents in the novel have real life parallels in the recent history of Zimbabwe, especially around and after the downfall of Robert Mugabe in 2017, Jidada can also be seen as one of several authoritarian regimes in Africa and, indeed, in the world today.

For instance, the references to the Tweeting Baboon as the President of an influential nation or to the George Floyd incident with its recurrent refrain of ‘I can’t breathe I can’t breathe I can’t breathe,’ strike a reminiscent note, much like the promises of a ‘Free, Fair and Credible Election’ from the New Dispensation. Such use of irony reinforces the belief that the boundaries between parody and reality are almost non-existent in politics today.

Giving animals the centre stage in the story highlights the ruthlessness of an oppressive and corrupt regime. Simultaneously, it provides the reader a shift in perspective besides striking a balance between several complex ideas such as the use of political speechifying to bludgeon a population into submission and the unmistakable collective anger among the governed at the abuse of power.

A feature of the writing is the use of repetition. For instance, the incantatory use of ‘Jidada with a –da and another –da’, the dada sound strengthening the rampant patriarchy. Also the phrase ‘Tholukuthi’, which means you find that/ only to discover/ in truth, gives a sense of the oral tradition underpinning the narrative style and tone. At the same time, the repetition also signifies the bombast of political rhetoric, the catchiness of slogans and the inherent polyphony of a chorus of voices.

A story crammed with serious contemporary themes can be difficult as a long read. Bulawayo provides a relief nearly a third of the way through the novel by introducing the character of the goat Destiny who returns home to document the new revolution and reconnect with her roots. Indeed, Destiny and her mother Simiso provide a human heart to a tale of unremitting greed and corruption. While We Need New Names was about its protagonist Darling’s leaving, in Glory, Destiny’s return is about reclamation, healing and renewal. Fittingly, the last chapter is titled Second Independence.
Madhavi S. Mahadevan is a Bengaluru-based freelance writer. Views expressed are personal.
Tags: #Book Review #Booker Prize 2022 #books #glory #Glory book review #NoViolet Bulawayo
first published: Aug 14, 2022 12:00 pm