you are here: HomeNewsTrendsHealth
With Delta Plus being termed a ‘variant of concern’ and the COVID-19 vaccination drive taking more time, there are growing concerns about a possible third wave of infections in India and its potential impact on children
Updated : June 26, 2021 / 03:34 PM IST

It would be too early to predict if India is already on the brink of experiencing a third wave of novel coronavirus infections, as the number of reported daily COVID-19 cases in several states never fell to a figure that would alleviate concerns, even if temporarily.

However, in states like Maharashtra, which was making progress on the pandemic front until recently, a fresh spike in COVID-19 cases has raised concerns all over again.

When the second wave of infections broke out in India, Maharashtra was among the first states to witness an unprecedented rise in daily COVID-19 cases. The state learnt a lesson from the horrors of the second wave and began preparing for a possible third wave early as several health experts predicted that the western state may once again be the first to experience a surge in infections.

Since June 22, daily COVID-19 cases in Maharashtra have been increasing again, as are deaths from complications related to the infectious disease. To top it, this comes at a time when Rajesh Tope, Maharashtra’s Health Minister, has confirmed that multiple cases of a new mutant COVID-19 strain – the ‘Delta Plus’ variant – have been detected in the state. The state government has thus placed all administrative units under a minimum of 'level 3' restrictions, irrespective of weekly positivity rate and oxygen bed occupancy.

In fact, there are concerns among doctors, epidemiologists and health experts that the Delta Plus variant could trigger the third wave of cases in India, just like the Delta variant is believed to have led to the second wave. 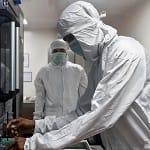 Has the third wave begun?

The fear of the possible third wave wrecking havoc in the country has been consuming our minds, especially given how relatively successful vaccination drives have done little to prevent a COVID-19 spike in Europe. Top scientists have expressed concerns of a third wave outbreak in the West and have suggested that the Delta variant could be behind the reemergence of infections.

The third wave has already begun in the United Kingdom, Professor Adam Finn, who advises on the Joint Committee on Vaccination and Immunisation (JCVI), told Radio 4’s Today programme, adding that the country is now in a firm race between the vaccines and the Delta variant – first identified in India.

“It's going up, perhaps we can be a little bit optimistic it's not going up any faster, but nevertheless it's going up, so this third wave is definitely underway,” Finn said.

This makes it largely evident that India, with only around 31 crore of its adult population partially vaccinated, can’t give in to pandemic fatigue right now as the third wave is predicted to be far more catastrophic, experts suggest. What are experts saying?

Ateam of researchers at the Indian Institute of Technology – Kanpur (IIT-K) have devised a prediction model which has forecast that the third wave in India will likely peak between September and October 2021, if the country unlocks completely by July 15.

The IIT Kanpur researchers also suggest that in the worst-case scenario, daily COVID-19 cases during the third wave could peak at more than five lakh in September. This, they said, could be the result of the emergence of a new, more virulent/transmissible strain of SARS-CoV-2, which causes the disease. Notably, the susceptible-infected-recovered (SIR) epidemiological model doesn’t consider the effect of vaccinations, which could help break the chain of transmission.

Talking about the new SARS-CoV-2 strains, the only one that is emerging as a ‘variant of concern’ right now is the Delta Plus (and its lineages). 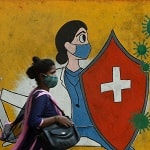 Can Delta Plus variant trigger another wave?

The Delta Plus variant was formed due to a mutation in the B.1.617.2, or the ‘Delta’ variant, first detected in India and considered one of the drivers of the deadly second wave of infections in the country.

It is a sub-lineage of the Delta variant (B.1.617.2.1 or AY.1) and has acquired the spike protein mutation called ‘K417N’, which is also found in the ‘Beta’ variant first identified in South Africa.

Read: COVID-19 | Decoding the Delta variant of coronavirus and growing concerns around it

“The mutation K417N has been of interest as it is present in the Beta variant (B.1.351 lineage), which was reported to have immune evasion property,” the Union Health Ministry had said earlier.

The Health Ministry said on June 22 that the Indian SARS-CoV-2 Genomic Consortia (INSACOG) has dubbed the Delta Plus strain a ‘variant of concern’ based on its characteristics such as increased transmissibility, stronger binding to receptors of lung cells and potential reduction in monoclonal antibody response or antibody cocktail treatment being used to treat mild to moderate COVID-19 cases in India.

However, the World Health Organization has said: “For the moment, this variant (Delta Plus) does not seem to be common, currently accounting for only a small fraction of the Delta sequences… Delta and other circulating variants of concern remain a higher public health risk as they have demonstrated increases in transmission.”

Tarun Bhatnagar, a scientist at the Indian Council for Medical Research (ICMR) told Reuters that the “mutation itself may not lead to a third wave in India — that also depends on COVID-appropriate behaviour, but it could be one of the reasons.”

The variant has been detected in nine other countries: United Kingdom, United States, Portugal, Switzerland, Poland, Japan, Nepal, China and Russia. But the strain has not sparked fears of a third wave in any of the nations as yet.

Even in India, around 50 cases have been reported so far (including children being infected too), of which three patients have died – one in Maharashtra (octogenarian with comorbidities) and two in Madhya Pradesh (both unvaccinated).

Speaking about whether the Delta Plus variant could potentially be the driving force behind the third wave in India, if and when it arrives, central government district public health officer Dr. Abir Mazumdar told Moneycontrol: “Considering all expert opinions and studies in India as well as abroad, it is unlikely that this sub-strain is going to wreck a havoc in a possible forthcoming third wave.”

“If we look at the data of all nine other countries for Delta Plus variant prevalence as the primary cause of an ongoing wave, it is still insignificant. I would rather ascribe the mass disregard for COVID-19 appropriate behaviour with complacency and misinformation as the primary reason for a third wave,” Mazumdar said. 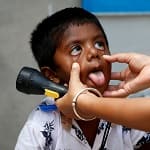 Concerns around more children contracting COVID-19 during the third wave grew after coronavirus cases among the 0-9 and 10-19 age brackets rose sharply during the second wave.

A number of government officials and health experts have since raised an alarm about the third wave possibly affecting children more than adults. However, there are many others who have junked this assessment as “unfounded claims”.

“The Indian Academy of Paediatrics has clearly stated that this variant is unlikely to affect children disproportionately in a third wave scenario. However, the Union Health Ministry is maintaining a cautious approach, especially as such facilities are not as sound as the existing adult hospital treatment facilities in India,” Mazumdar said.

A recent serological survey conducted by the All India Institute of Medical Sciences (AIIMS) has found that it is highly unlikely that the future wave of COVID-19 will disproportionately affect children aged two years and above.

Data collected by AIIMS between March 15 and June 10, 2021, from over 4,500 participants across four states, found sero-prevalence in 55.7 percent samples collected from individuals aged between 2 and 17 years, and in 63.5 percent among adults.

“There was no statistically significant difference in prevalence between adults and children,” the AIIMS study noted.

Though child health experts say there is no reason to panic, preparation remains key, especially since the 2-17 age group in India remains unvaccinated.

With that thought, the Health Ministry issued a circular on June 5 directing all hospitals to allocate 20 percent of their beds for children. A healthcare worker checks the temperature of a child during a door-to-door surveillance to safeguard children amid the COVID-19 pandemic, at a village on the outskirts of Ahmedabad, Gujarat, on June 9, 2021 (Image: Reuters/Amit Dave) 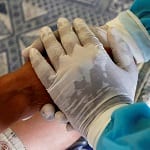 The Centre has not announced any changes to its health advisory yet, but has directed all states and Union Territories to follow COVID-appropriate behaviour and ramp up efforts to track the Delta Plus strain closely.

Prime Minister Narendra Modi directed the district magistrates and field officials of 10 states to collect data on the transmission of COVID-19 among children and youth for further analysis.

Additionally, the ICMR and the National Institute of Virology (NIV), Pune will also be conducting a study to find out how potent the ‘Delta Plus’ variant is.

That apart, the Delhi government is planning to deploy a special task force to protect children if the third wave emerges. Chief Minister Arvind Kejriwal has been pushing for setting up of adequate beds, arranging liquid medical oxygen and arranging essential medicines in preparation for the third wave.

In Karnataka, similar paediatric COVID-19 care centres will be set up in all districts, alongside rehabilitation centres for orphans.

Mumbai’s civic body, the Brihanmumbai Municipal Corporation (BMC), is also setting up paediatric COVID-19 care facilities besides a crèche network for children whose parents have contracted COVID-19 and are seeking treatment in a hospital. The Maharashtra government is developing a dashboard that would give real time updates on COVID-19 cases, bed and oxygen availability, among other things. Oxygen production in the state is being increased to 3,000 MT from 1,200 MT per day. 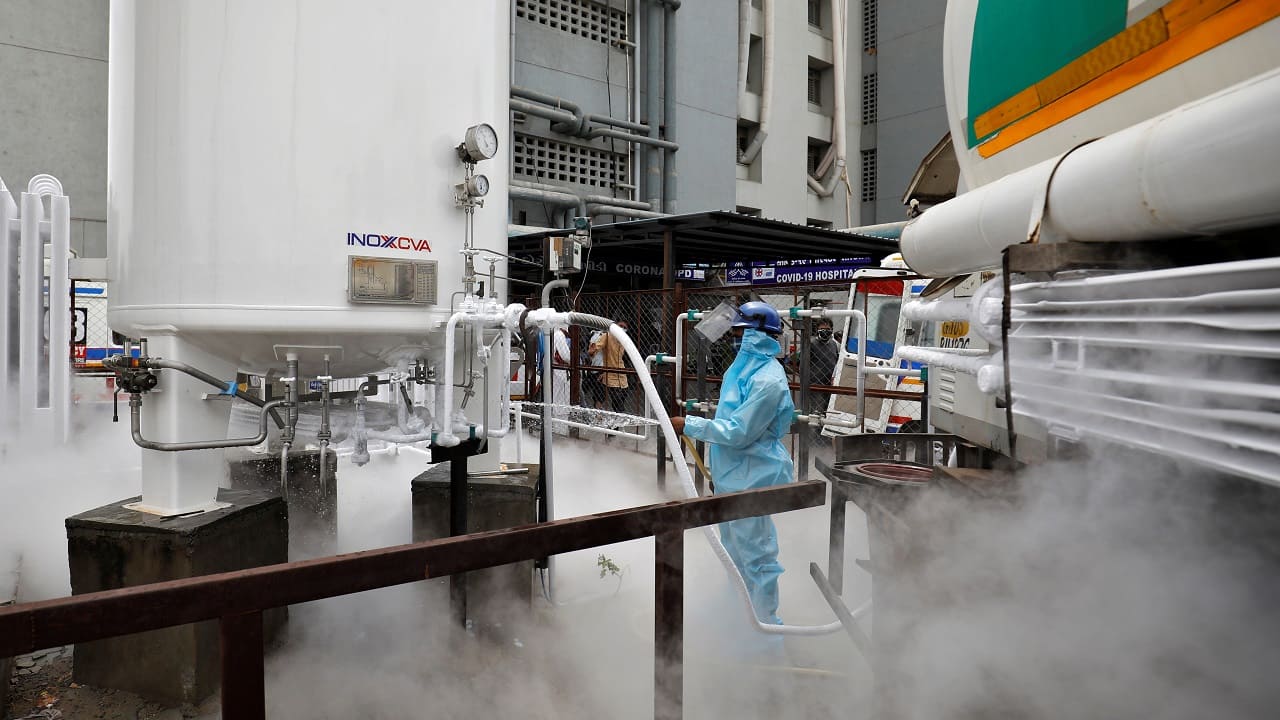 A worker stands as a tanker is filled with liquid oxygen to be transported to a COVID-19 hospital in Ahmedabad, on April 2021 (Image: Reuters/Amit Dave)

Meanwhile, West Bengal Chief Minister Mamata Banerjee has announced a priority vaccination drive for mothers of children below 12 years of age. She is also working on bettering the state’s health infrastructure to prepare for a possible third wave. As many as 1,300 paediatric Intensive Care Units (ICUs) and 350 Sick Neonatal Care Units (SNCUs) are to be operationalised for the same. Additionally, 10,000 general beds will be added in all government-run hospitals to treat pediatric and female patients.

The Tamil Nadu government has started sensitising paediatricians to COVID-19 treatment protocols and management in anticipation that the possible third wave would affect children more. Infrastructure is also being ramped up in paediatric wards.

The cover image was made by Suneesh Kalarickal.