The Tippling Point | Cherries, cocktails and a dash of Luxardo history

The cocktail craze during prohibition gave it a shot in the arm, but the bombing of Zara during World War II was a major setback - the story of Luxardo is muddled with world history.

The name that even kings and artists once hankered after, the essence of cherry fruits that laced many a cocktail in the West, the liqueur that made the tiny town named Zara (now Zadar) famous.

The liqueur's roots run deep in history. Housewives in the Dalmatian city of Zara, now in Croatia, had been making a crude wine out of a particular kind of local cherries even from 17th century. But that was not enough to take it for longer rides for a drink across time or geographical points.

Enter Girolamo Luxardo, an entrepreneur from Liguria, a region in the northwestern part of Italy, in 1817. When he settled down in Zara, Luxardo was trading clothes and ropes with the navy (Austro-Hungarian Empire). Soon he fell in love with the wine local women were making in their households. Could that be made at his home too?

Marasca cherries are smaller in size than the ones you see in markets. They are darker in colour and too sour for your sweet-tooth. Eating them raw is an adventure by itself. The housewives of Zara in those days used to pick cherries to create a cordial or a liqueur which they served to the guests who arrived at their homes.

Inspired, Luxardo's wife, Maria Canevari, began to make her own version of liqueur using the cherries. It was a huge hit with the guests who certified that this was the best they had ever tasted. She pepped the drink up with distillation.

It was then that Luxardo began to ponder about the feasibility of setting up a distillery so that the family could make Maraschino liqueur on a larger scale.

In 1821, a distillery was built in Zara, the first to tap the essence of Maraschino cherries. When Luxardo died in 1865 at the age of 81, he had already made Liquore Maraschino a superior product recognized even by the Emperor. The family had already expanded the production to create other classic Italian liqueurs from limoncello to triple sec. 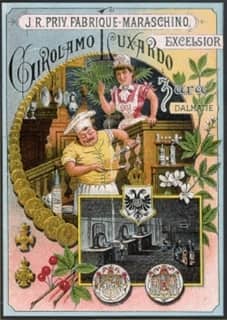 When the third generation of Luxardo family built the largest distillery in the Austro-Hungarian empire on the harbour, the fame of Luxardo Maraschino had reached everywhere across the world. The cocktail craze during and after the prohibition in the US came as a shot in the arm for the Italian company. The drink began to feature in a lot of old-school classic cocktail books. But by that time dark clouds were teaming up in the sky.

Luxardo could somehow fight through the setbacks inflicted by the First World War. It recovered more successfully than many other companies. Meanwhile the disintegration of Austro-Hungarian empire led the Dalmatian coast straight under the Italian rule. Then the Second World War came.

Zara was bombed 57 times in 1944, and the city along with the distillery were humbled to the ground. Production stopped.

When the war ended, Josip Broz Tito's troops rushed to the city, burning to the ground whatever they could find in their fury. Nicolo Luxardo, his wife Bianca Ronzoni and his younger brother were killed while they were fleeing the country with many other Italians. Was that the final curtains to Maraschino liqueur?

Tito's Communist party, after driving out the Luxardo family from Zadar, started a new company in its place called 'The Marasca.' Zara or Zadar is now no more a home for Luxardo. 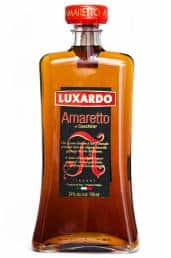 Giorgio Luxardo, a fourth generation Luxardo member, allegedly escaped from Zadar with a sapling of marasca cherry tree, opened new business in Venice, starting from scratch. Yes, Luxardo Maraschino rose from the ashes. Production flourished when a permanent distillery was set up in Torreglia in the Veneto region of Italy. The region was a strategic choice with the pH of the soil in the new region being a copy of that in Zadar. Perfect for growing marasca cherries.

Ever since, Luxardo has only grown from strength to strength. Today Maraschino is exported to more than 80 countries all over the world.