"The British wanted to bring trout to India at any cost"

In 'A Fish in Alien Streams', journalist Herjinder tells us how the British, who sorely missed trout fishing, achieved the stupendous feats of transporting the cold water fish from Europe and Britain.

(Representative image) Angling never took off in India, though states like Himachal Pradesh have tried to promote the sport.

The English went to great lengths to make themselves at home in India. They developed hill stations; imported massive quantities of beer and sherry; and built cricket pitches. They also went all out to bring the trout to India—and succeeded. 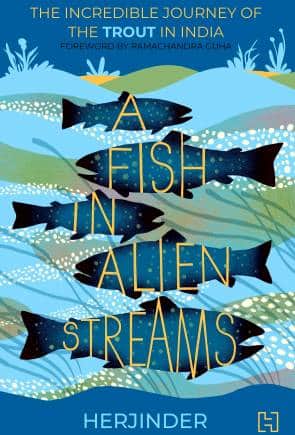 Senior journalist Herjinder’s recently released A Fish in Alien Streams (Hachette, Rs 350) tells us how the British, who sorely missed trout fishing, achieved the stupendous feats of first, transporting the cold water fish from Europe and Britain to India in the 19th century and then acclimatising it to rivers not just in Himachal Pradesh and Kashmir, but also down south in the Nilgiris and Travancore.

The men who played a role in introducing the trout to India included naturalists, buccaneers, and governors, and they had two things in common: dogged persistence and a passion for angling.

In an interview with Moneycontrol, Herjinder talks about the British obsession with trout-fishing; why angling never took off in India; and the threats posed by pollution to freshwater biodiversity.

The British first started bringing down trout ova from England and Europe in the mid-19th century. When did they finally succeed?

The first attempt was made in the Nilgiris in 1863. The next year, Francis Day, who is known as the father of Indian icthyology, launched a concerted effort. A significant amount of government resources were used for this project, but it was a failure. An attempt was also made in Abbottabad, but it, too, failed after some initial successes. The first real breakthrough happened in Kashmir in 1891 and the man widely credited with setting the European brown trout off on a journey down Indian rivers is Frank Mitchell. Interestingly, Mitchell also set up a fruit farm and launched a processed food brand called Kissan. The industrialist Vital Mallya acquired Kissan from the Mitchells in 1950.

The British wrote prolifically about angling in India. Did they also write about trout-fishing?

The British never wrote any prominent or comprehensive book on trout in India. But they did write some booklets. For instance, in around 1920, when Lt Col Alban Wilson of the 8th Gurkha Rifles went to Kashmir with his wife for angling, he wrote a small booklet on the experience.

Similarly, T. Tyson and Lt Col Richard Humphrey Tyacke, both of who moved to the Kullu valley after their retirement, wrote about the trout. Tyacke wrote his book in 1919, while Tyson’s work was published in 1935.

Cecil Lang, another lieutenant colonel, wrote a voluminous book on the mahseer in 1906. It has a lot of detail about trout in India, but most of its content is from diaries of anglers or clippings from newspapers and magazines.

The lack of literature around the trout in India made researching the subject all the more difficult. Bringing trout here was not so easy, it was almost impossible, at least in the beginning. But the British wanted to bring it at any cost. It was their determination that made the story interesting.

Why did angling not take off among India’s royals?

Well, the 12th century Sanskrit text ‘Manasollasa’, written by the Kalyani Chalukya king Somesvara, actually contains a chapter titled ‘Matsyavinoda’. It is regarded by some as the first treatise on the art of angling in India. But catching fish was never really popular among the royals and elite who were way more fond of shikar. The reasons for why this was so are unclear, but commercial fishing in India was reserved for lower castes and that might have discouraged the royals from pursuing it. 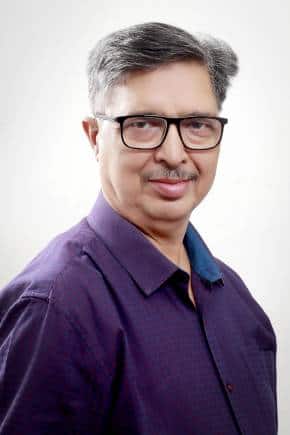 Unlike cricket, hockey, football, or badminton, angling as a sport could not be domesticated in India. It could not garner any popularity as a sport among the middle class, nor a permanent place as a recreational activity among the elite. There was no such thing as an Indian community of trout lovers.

Every once in a while, one reads about the Indian angling enthusiast in lifestyle publications. Does such a species exist?

The number of Indian anglers is minuscule. Himachal Pradesh has tried to do something about this. There is an active anglers’ association in the state, which is doing very well. Kashmir used to attract a lot of anglers from all over the world, and this also encouraged local anglers. But now, because of militancy, very few people go there. One often gets to hear about recreational fisheries being promoted in India, but in reality nothing much happens. Almost all such efforts are directed at foreign tourists, they are not intended for Indian anglers.

The Central Institute of Fisheries Education and Tata Power’s Act for Mahseer project appears to have had some success. Could something similar be attempted with the trout whose numbers, too, are dwindling?

The work done by the Act for Mahseer project is important. But there are many rivers in which the mahseer is almost extinct. The challenge is to relocate the fish in every such stream again. When we talk about threats to biodiversity, the biggest threat is faced by the fish fauna in our rivers. We have ruined our rivers to such an extent that they are no longer fit for fish. Today, there are many fish like the mahseer that need to be saved immediately. If all the trout from India were to vanish, there would still be species of trout elsewhere in the world. But if fish specific to the subcontinent disappear, they can never ever be replaced. On the other hand, if we could save these fish, in their original aquatic habitat, we can also save the once exotic but now successfully indigenised trout as well.