Halloween or All Hallows’ Eve? This October 31, banish ‘Halloween’ from your vocab list. Instead, think of a longer, broken down ‘All Hallows’ Eve’, and Samhain (summer’s end), an ancient Celtic festival. Think of a day where the living and the dead intersected. A day when ghosts were beckoned to predict the future and men costumed in animal heads and skins greeted them around a sacrificial bonfire.

Sounds macabre? Perhaps. But that is how Halloween began. Out of the ashes of the ancient Irish pagan festival dating back 2,000 years. Halloween, the day of trick-or-treating, carving jack-o-lanterns, gatherings and bizarre costumes, is a shortened version of All Hallows’ Eve.

Did Irish Potato Famine make Halloween popular? Bound by rigid Protestant belief systems, the newly born United States of America did not celebrate Halloween, except in a few southern states. However, during the Irish Potato famine (1845-1849), Irish emigrants flooded the US. They brought along their ancient tradition and gradually the American version of Halloween emerged. Initially, a festival with religious/pagan connotation, by the 1950s, Halloween shed its religious overtone and metamorphosed into a night-long street/house party. 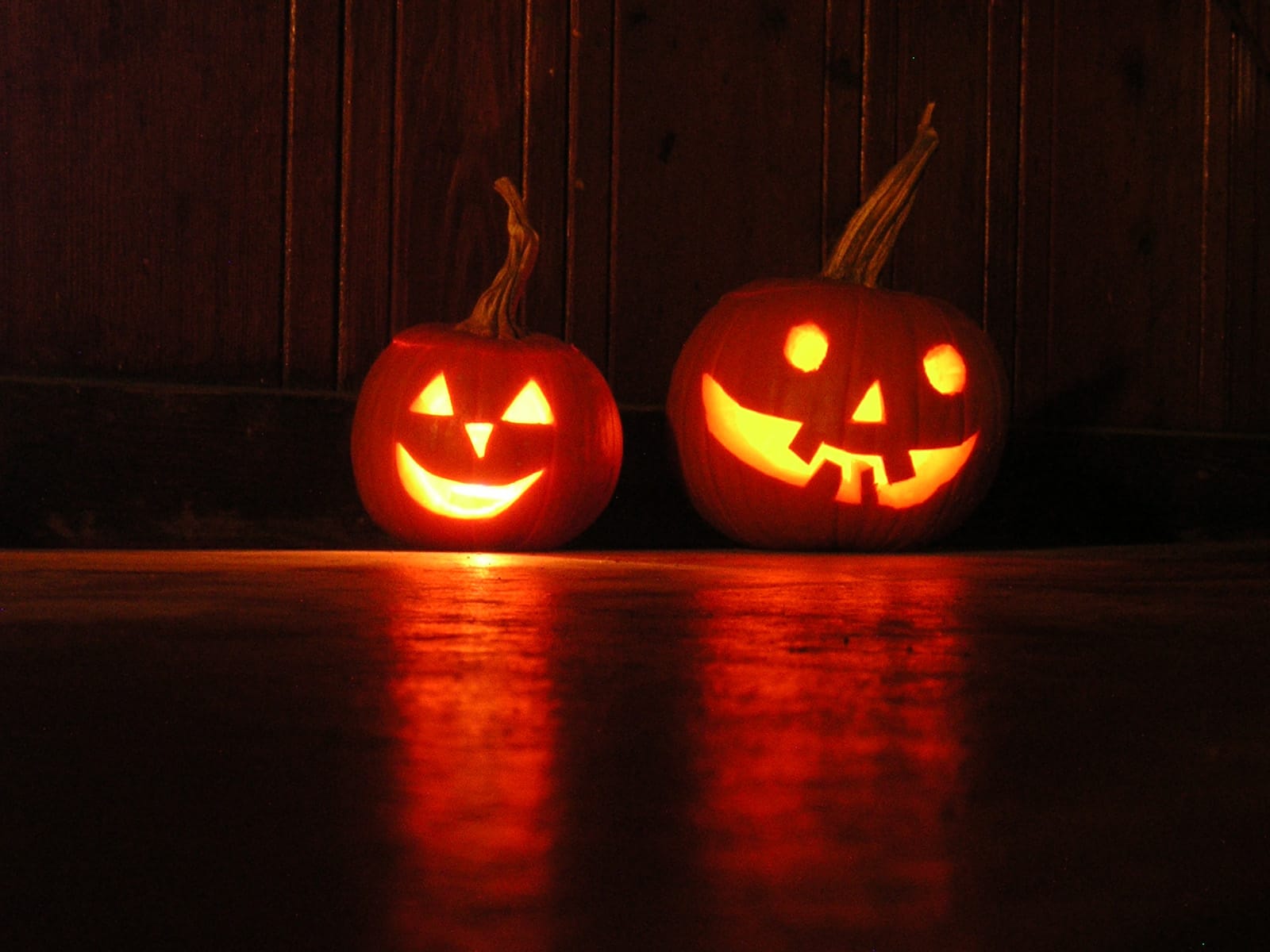 Jack O’ Lantern: Once upon a time, there was a bloke called Stingy Jack who often messed around with the Devil. After Stingy Jack died, the angry Devil sent him into the night with only burning coal. Jack was not only mischievous, he was also smart. He carved a turnip, threw the burning coal into it and lit his way with the turnip lantern. So, the Celtic legend goes. Originally, Jack o’Lanterns were only made of carved turnip, beetroots, and potatoes. The pumpkin as the popular lantern is a much later Halloween addition. Soul Cakes to Candy: No one knows whether ghosts actually like candies and cakes. But in the Middle Ages, soul cakes made of expensive saffron and currant were used to distract ghosts. Around 1200, soul cakes became popular in Europe when beggars started knocking the doors of wealthy homes asking for soul cake. They did not say the cliched Treat or Trick. Instead, they pled: “A soul cake, a soul cake, have mercy on all Christian souls for a soul cake!” Later, candies replaced soul cakes and the “a soul cake, a soul cake…” plea turned into a more American ‘Treat or Treat’. Snap Apple to find a Husband: On October 31 while few got busy distracting ghosts, spinsters walked around with an apple in search of a suitable boy. In the early 20th century, Halloween was more a match-finding fest. Snap Apple was a popular game in which participants were only allowed to use their teeth to bite into an apple dangling at the end of a stick. The first one to succeed was most likely to get married. Beyond the game was the tradition of throwing apple peel over the shoulder hoping that it would land on the floor in the shape of initials of the future husband’s name.

Sexy Costumes: Pizza. Superman. Trash can. Woolly Mammoth. Gypsy. Princess. Everything walks the street on Halloween. The weirder the costume, the bigger the Halloween kick. That night of October 31, you can dress as anything. As Lindsay Lohan said in Mean Girls: “The one night of the year when you can dress like a slut and no other girls can say anything about it.” But costumes weren’t always sexy. Not until the sexual revolution of the 1970s and the emergence of gay Halloween parades in San Francisco’s Castro Street and New York City’s Greenwich Village. Sexy and zany costumes became so popular that last year adults in the US spent nearly $3.2 billion for one night’s oomph (Source: National Retail Federation).

A must-read Halloween book/poem: Written by Lesley Bannatyne Halloween: An American Holiday, an American History documents the history of Halloween. It traces the history of Halloween celebrations from their earliest roots in the British Isles and also explores the influences of the ethnic, religious, and occult heritages of the diverse peoples who settled in America. Related recipes, poems, songs, and crafts are also included in the book.

Read Robert Burns’ poem Halloween which was first published in 1786.