Previously won by Simone de Beauvoir, Marcel Proust and André Malraux, the Goncourt Prize is known for making the winning book a commercial success. The French literature prize has now been instituted in India, too.

French writer-actor-director Philippe Claudel is the current secretary general of the Goncourt Academy, which gives away the famous French literary award, the Goncourt Prize.

One of the jobs of Philippe Claudel as secretary general of the Goncourt Academy is to announce the winner of the famous French literary award, the Goncourt Prize, previously won by Simone de Beauvoir, Marcel Proust and André Malraux. young Senegalese author Mohamed Mbougar Sarr as the winner of the 2021 Goncourt Prize for his book, The Most Secret Memory of Men.

Claudel was in New Delhi earlier this week to launch the Goncourt Choice of India prize as part of the ongoing Bonjour India festival. A ten-member jury of students from nine Indian universities and the Alliance Francaise network in India also chose The Most Secret Memory of Men as the winner for the Indian award's first edition.

In an interview, Claudel talked about the history of the 120-year-old literary prize, diversity in the world of literature today and the arrival of the award in India. Excerpts:

What is the origin of the Goncourt Choice of India award, which is arriving in India after similar prizes were instituted in China and Japan and more than 20 other countries?

The origin of the Goncourt Choice of India prize comes from the work of a French journalist, author and literary critic, Jean-Claude Perrier, who is a big lover of India. With the help of the French Institute in India and the Embassy of France, he proposed to us to create the Goncourt Choice of India award. We were agreeable because for us and French literature, it is a real opportunity to connect very closely the links between India and France. It is the start of a new adventure.

The Goncourt Prize is one of the oldest literary awards in the world. How do you carry on a century-long tradition without changing elements like the original ten-euro purse that still accompanies the award?

The prize money is just symbolic, the most important aspect is that the award leads to the sale of a lot of copies of the winning book. It is a tradition to give a bank cheque for 10 euros and the winner keeps the cheque at home in a frame. The first edition of the award was presented in 1903 in a restaurant, Drouant restaurant (in Paris's Opera district). We have continued that tradition. For the last more than one century, we have had the same table and same salon in the same restaurant and the names of the jury members are engraved on the spoons and forks. We have one meeting on the first Tuesday of every month. We missed one today (laughs). We are ten members of the jury, three women and seven men.

What have been the challenges for literary awards like the Goncourt Prize to stay relevant and evolve in a post-colonial and globalised world?

The Goncourt Prize is the most famous and most important literary award in France. It is prestigious, but its economic dimensions are very, very important too. For example, this year the winner is Mohamed Mbougar Sarr. Before the prize, Mohamed wrote and published two or three books and sold maybe 1,000 copies. Suddenly the Goncourt Prize and his book (The Most Secret Memory of Men) sold over 100,000 copies and rights for translations in 30-35 languages across the world. We change the life of a writer.

Besides Mohamed Mbougar Sarr who won the Goncourt Prize last year, Moroccan-origin Leila Slimani won for her book 'The Perfect Nanny' in 2016. She was a prominent speaker at the Jaipur Literature Festival in the following year. How is the Goncourt Academy responding to the increasing diversity in literature?

The Academy has been criticised often for its male-dominated jury. In fact, in opposition to the all-male jury of the Goncourt Prize, another award with an all-female jury was founded in the first year of the prize itself. In many cultural fields, French artists and activists are leading the change for 50:50 gender parity in cultural institutions. Please comment.

In my opinion, the number of female jury members (three against seven male now) is not enough. At the same time, I am not obsessed with parity. In the future, it will be good if we arrive at a 5:5 jury. The most important thing is a good member of the jury. It is not a paid job. We give time for reading, meeting. You have to be generous, have interest in other people, other writers. It is not easy or simple. Maybe the most important thing is not the sex.

What have been the repercussions for the Academy following last year's controversy over a jury member who hadn't disclosed her affair with an early nominee of the award?

The change of rules was a benefit of this incident. When we decided during the first jury meeting in September, we didn't realise it could have a side effect. For us it was a good book. It was not important that the writer was a friend of a member of the jury. We were wrong and we changed our rules. (Works by spouses, partners or close family can't be considered and jury members can't write reviews of works in the selection). In the future it would be impossible for this to happen again. 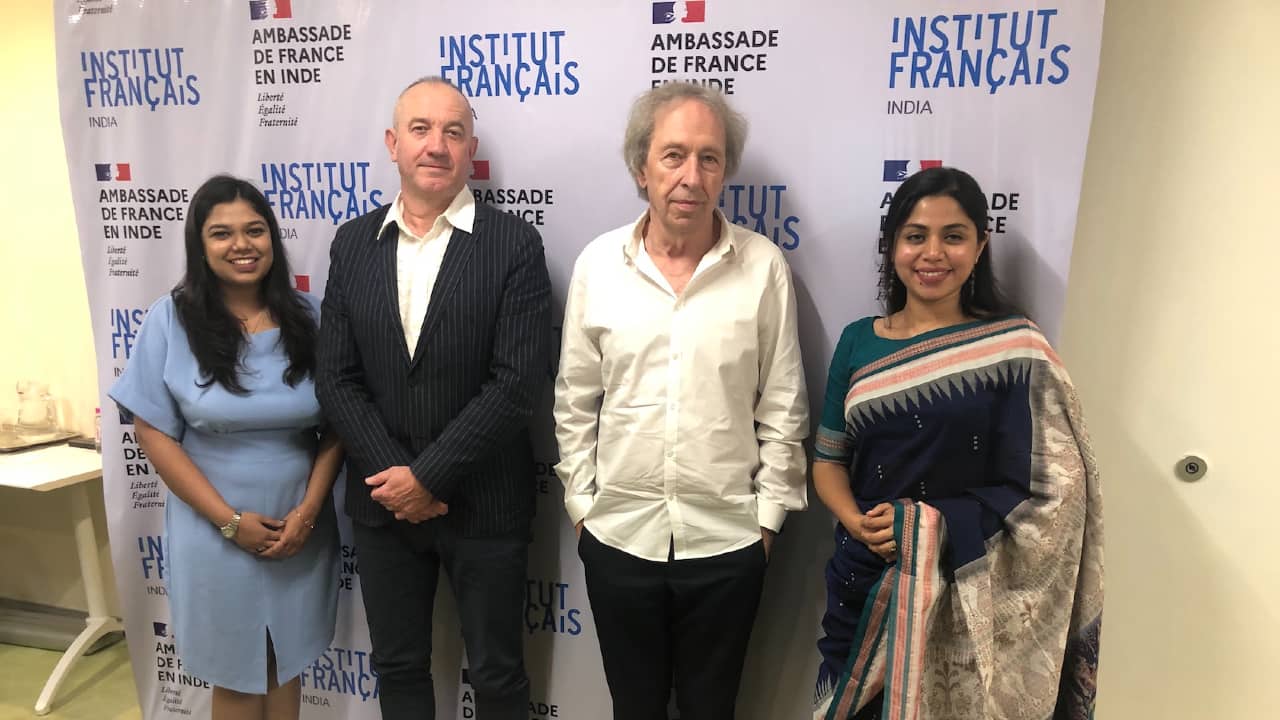