From music to fitness, these entrepreneurs took their businesses online during lockdown

These professionals have taken their work online during the coronavirus lockdown despite challenges.

These three talented professionals took their work online during the COVID lockdown even if it meant unlearning, relearning, and starting afresh.

Her personality leaves a lasting impression on you – Priya Malik is poetry in action. The 33-year-old actor, poet and model started her career journey as a high-school teacher in Australia, who shot to fame after participating in reality show Big Brother Australia. It was followed by Bigg Boss in India, which gave the Dehradun-born girl an opportunity to be back home in her country. “I was yearning to come back to India since long,” she says. She admits that while reality TV stars are stereotyped and it’s not an ideal way for a performing artist to make her debut in the entertainment industry, the show did give her a large fan following and a financial footing to set up base in Mumbai.

A poet since the age of 12, Priya had participated in standup comedy gigs and poetry readings at various events in Australia since 2014 when she won her first Australian Poetry slam heat for her work When he told me, he doesn’t love me anymore.

This recognition acted as an impetus for her to pursue spoken-word performances in India too. Even while taking up TV shows, modelling and acting assignments, Priya did not give up on her poetry. In the past few years, she has put spoken word on the centre-stage of performing arts events all over India. “I find my life creatively more fulfilling in India,” she says. Her hands where full when India went into lockdown. “Initially, I was relieved at getting a chance to slow down. Some of my events and shoots got postponed. However, as time went by, I realised the impact would last longer than anticipated, and it began to worry me.”

Two months into the lockdown, performing artists began doing online performances on Zoom, selling tickets on Book My Show. Just a few days before the lockdown, Priya had conducted an online workshop on poetry, which had sold out. That workshop became the base for her new launch.

She learnt how Zoom works, put together her modules, and conducted her first Priya Ki Pathshaala workshop in May 2020. “I thought it would be hard to feel connected with students, but I guess my passion helped me overcome that awkwardness. I decided to not worry about making it perfect; my main concern was keeping it real, and I allowed them to do the same. My cat jumped at me during one of the events, and we all just laughed it out.” Soon, Priya was comfortable with the routine. Priya Ki Pathshaala is a two-day, six-hour workshop that costs Rs 999 per person, and can accommodate about 50 participants. “In one way, COVID has taken the world apart, but digitally, it has also brought us together,” says Priya. “Participants in my workshop are poetry lovers from all over the world – from Kerala to Kashmir and Canada to Dubai and Germany. It has been amazing to be able to connect with an audience I probably wouldn’t have been able to connect with in non-COVID times.”

After having successfully conducted several workshops in the past two months, Priya – who also collaborates with other poets – intends to keep them going post-lockdown.

At 45, Shalini Bhargava is a powerhouse of energy. For 21 years, this fitness trainer, nutrition expert and entrepreneur has been running JG’s fitness centre in Santacruz, Mumbai. In the past few years, they expanded from a group exercise centre to a state-of-the-art gym, Pilates facility, and a rehabilitation centre. 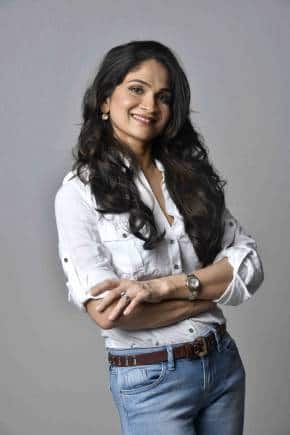 Her workplace went quiet and empty with the lockdown; the booming fitness industry is one of the worst hit. Shalini, whose husband is a doctor, understood that the COVID situation would not end any time soon. The mother of two – her 25-year-old son is a celebrity nutritionist and 22-year-old daughter is a law student – immediately decided to take JG’s online. After a lot of hits and misses for two weeks, JG’s team was finally ready with their online plan.

Leading by example, Shalini was the first of her trainers to start classes. She explains, “Using the Zoom app and Instagram live feature, I go live at a set time every day for about 40 minutes. Any individual of any age group can follow the class from home.”

Thousands of fitness videos are available on the internet for free, but having a live trainer-led session has its own benefits. Shalini had to make sure that she did not lose the personal touch with her clients even if she was online. JG’s livestream fitness sessions, which are pre-booked, take in only a limited number of participants. In these sessions, Shalini personally watches over and corrects postures. 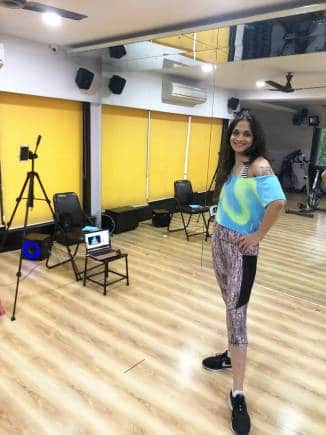 Shalini says, “Our sessions will not only get you sweating thus boosting your fitness level but will also enhance your mental health during these stressful times.”

All these efforts have not only helped JG’s fitness centre maintain its clientele but has also helped the brand create a robust name for itself on the digital platform. Approximately 60 people join in each session every day, many from outside Mumbai. 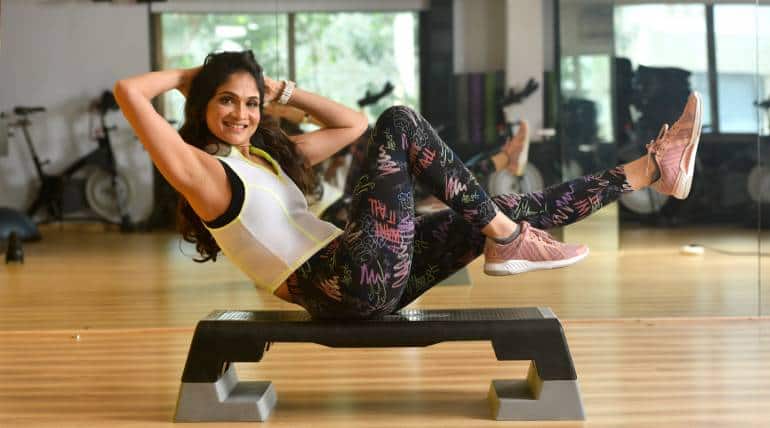 As the city is in an unlock phase, Shalini is hopeful that she will be able to open doors of her centre by mid-August. “It will not be easy,” she admits. “To follow physical distancing, there will be advance booking of the sessions, and we won’t take in more than 10 people in a session. Sanitisation norms such as temperature checking will become part of our operations. This is the new normal.”

A former banker who always wanted to start her own business, Tanuja Gomes married into a family that runs Furtado, a brand that is well-known for its musical instruments. From here began Tanuja’s own musical journey. In 2011, along with her friend Dharini Upadhayay, Tanuja launched Furtado School of Music (FSM). They opened music centres, developed music curriculum for K-12 schools, partnered with them to conduct classes, and also give private music tuitions to their own set of clientele.

Daughter of a Gujarati mother and a Sindhi father, business is in Tanuja’s blood, she jokes. Born and raised in Mumbai, Tanuja started doing summer jobs when she was just 16 years old. She believes, “You should never restrict your dreams, and hard work is imperative for fulfilling them.” The lockdown in March 2020 had something different in store for Tanuja and FSM. There was engagement with the existing customers, but something new happened as well. With the pandemic creating anxiety and other negative emotions amongst people, the value of music and music education was enhanced as people needed a creative outlet to vent themselves.

The FSM team went ahead to realign their priorities to be relevant in these times. In April, they partnered with 63 schools and began conducting online music classes for them. The response was overwhelming. By then, schools were going through a huge transition process and were figuring out how they could manage online education.

And so, the team took a step further and launched Furtado’s online project called FSM Buddy. She says, “We have had the steepest learning curve in the past three months. We have been able to bring moments of joy, calmness and other positive emotions that result from music education to over 20,000 students.”

FSM Buddy conducts live teaching sessions covering music, drama, languages, dance and life skills. Much thought has gone into curating each course, educators have been hand-picked, and the sessions can be taken at the convenience of the learner. Tanuja believes the performing arts can be taught online too. “We will have to find ways to enable performance opportunities for all our learners whether or not things go back to normal in the near future,” she says. FSM Buddy is gaining momentum not only in India but overseas too. Out of every hundred enquires on the platform, about 25 are from outside India. Tanuja believes that in the current times, the attitudes of the learner, the teacher and even the parent have changed. “Before this lockdown, whenever we tried online training, the learners and the teachers both expressed apprehension,” she shares. “Today our teachers say that they find students above the age of 12 even more engaged and focused through the online medium than in person.”

Comparing her challenge with the one faced by online grocery e-stores that have managed to change customers’ shopping habits over time, Tanuja explains, “In my opinion, many customers will continue to learn online as it may be more convenient for them and enable access to teachers from many locations. As an organisation, we will continue with our reach across the world.”