Live: Live: Which RJ stock is worth betting on
you are here: HomeNewsTrendsFeatures

The Live audio app came to India during the Covid-19 pandemic, and quickly became the go-to-socialising network for its ease of use and diversity of topics.

Do I need another social media in my life? That was my first thought when Clubhouse, a live audio app, was launched on Android in India on May 21 and lapped up by over a million Indians in just two weeks.

In hindsight, I am glad I did not overthink and downloaded the popular choice, Clubhouse. It has given what the pandemic had taken away from an extrovert and outgoing person like me.

I am connecting with new people every day. We can’t see each other but we talk in real-time, and those conversations -  we have reminisced about trips to the Himalayas, exchanged notes on the best food in town, shared tips to chase lizards away and listened to paranormal stories - are for me like new-age clubbing without the dressing up, commuting and F&B bills.

On most days, I tune in while doing my dishes or when I am struggling to sleep or when I can't settle on a podcast.

Could I have done this on other digital platforms? Not swiftly, for sure. Hosting a group on Facebook, Instagram, WhatsApp and Zoom requires either adding people or sending e-invites. The group is limited to your friends and colleagues. On the audience side, you can only join a group you are invited to.

However, no invites are given or taken on Clubhouse. You can crash into any ‘room’ on the hallway by tapping on its name (unless it’s closed). There are rooms of all kinds, and don’t be surprised if celebrities and influencers drop by these rooms.

All India Startups started out as a club to discuss all-things entrepreneurship. It has now also become a forum for hiring, and has more than 66,000 followers.

“Every day, we let founders come in and talk about openings in their companies for 30 seconds and how people can connect with them. On average, 60-70 employers show up in an hour,” says moderator of the club Harsha MV, who co-runs an influencer marketing firm in Bengaluru. He isn’t sure if these hirings have materialised but internships in writing and photography have.

Similarly, the Edvisor Club conducts weekly rooms on career development for the youth and is moderated by ed-tech consultants like Abhishek Gulati. Pointers on how to make your resume job-ready are shared, as also tips for speed networking. Can content creation on Clubhouse become a full-time job given that it invited applications for its Creator First Program in India recently? This possibility was discussed recently.

Domain knowledge is being traded left, right and centre, whether it’s about investing in stocks, collecting bitcoins, auctioning art via non-fungible tokens (NFTs) or growing followers on YouTube and Instagram. How to make farming profitable, how to write better film scripts, have been discussed too. Subject matter experts have moved news debates to Clubhouse, decoding the raid on Twitter India’s office or Pegasus’s surveillance controversy.

Recently, I joined a room where a bunch of volunteers were ideating how to raise Rs1 crore, to fund the overseas education of five Indian students who could not avail bank loans.

In the little time I spent there, I learnt that setting up a crowdfunding page is the easy part but spreading the word about it and driving people to donate is the real deal.

On Clubhouse, the group organised a comedy gig, an open mic night of songs and a talk on unusual food pairings on Clubhouse to pull in the crowd and plug the fundraiser. Another time, they requested a Clubhouse group that’s popular for telling scary stories to talk about their campaign. These shout-outs turned in almost Rs2 lakh.

Given how dedicated these volunteers were to the cause, I wondered if they knew each other and these students.

“No. We all met on Clubhouse. And since we met here, it has became our primary platform to organise these events and to ideate,” an illustrator and graphic designer, who likes to be referred to as Bao, told me.

It’s a group of 15 volunteers in their 20s and 40s. Fourteen hail from different parts of India while one stays abroad. People who haven't met each other IRL, have found common purpose on Clubhouse. But will this last beyond the pandemic, as offices and public spaces reopen?

Matters of the heart

Clubhouse may have become the LinkedIn of audio but a lot more is happening there. For one, it’s given voice to issues that are otherwise muzzled.

An IELTS trainer and a travel blogger, Deepa Karanje says the app has shaped her as a moderator. “I run Indee Travel Club. As a moderator, I need to keep the conversations flowing and ask the right questions. This has given me the confidence to hold live discussions on Instagram now, which I had avoided all along as I was shy on camera. How strange but an audio app has helped my visual presentation skills,” the Mumbai resident shares.

In Delhi boy Sidharth Arora’s case, he’s become a mini celebrity. He runs a self-titled music show, one that runs non-stop, is followed by 46,000 people and has been visited by actors like Vidyarthi and Sonal Chauhan, musicians Ash King and Ishq Bector and also the cofounder of Clubhouse, Rohan Seth.

“When I am not performing, artists from other parts of India or different time zones in the UK or US take over and keep the show going. We do Bollywood songs, DJ sets, raags, shayari, poetry and jamming,” the singer-songwriter-music producer says. Arora had come to Clubhouse to connect with big music labels to get a break. That didn’t happen right away but today, he is in talks to collaborate with “establish musicians.”

If a 24/7 show sounds out-of-the-box, then wait to hear this from Harsha: “A group did palm reading on Clubhouse. They changed their profile photos with a close-up of their palms.” Pet parents resort to the same trick to talk about their dogs and cats on Sundays.

Then there are sports lovers like Gulati from Delhi, who watched the Wimbledon and Euro football matches on TV but discussed them with other fans over Clubhouse on the side in real-time.

The usage is similar on the homegrown social audio app Leher too – professional networking in a casual manner, fundraisers (for startup professionals), upskilling, Bhagwad Gita classes for young professionals and students, antakshris, the team shares. 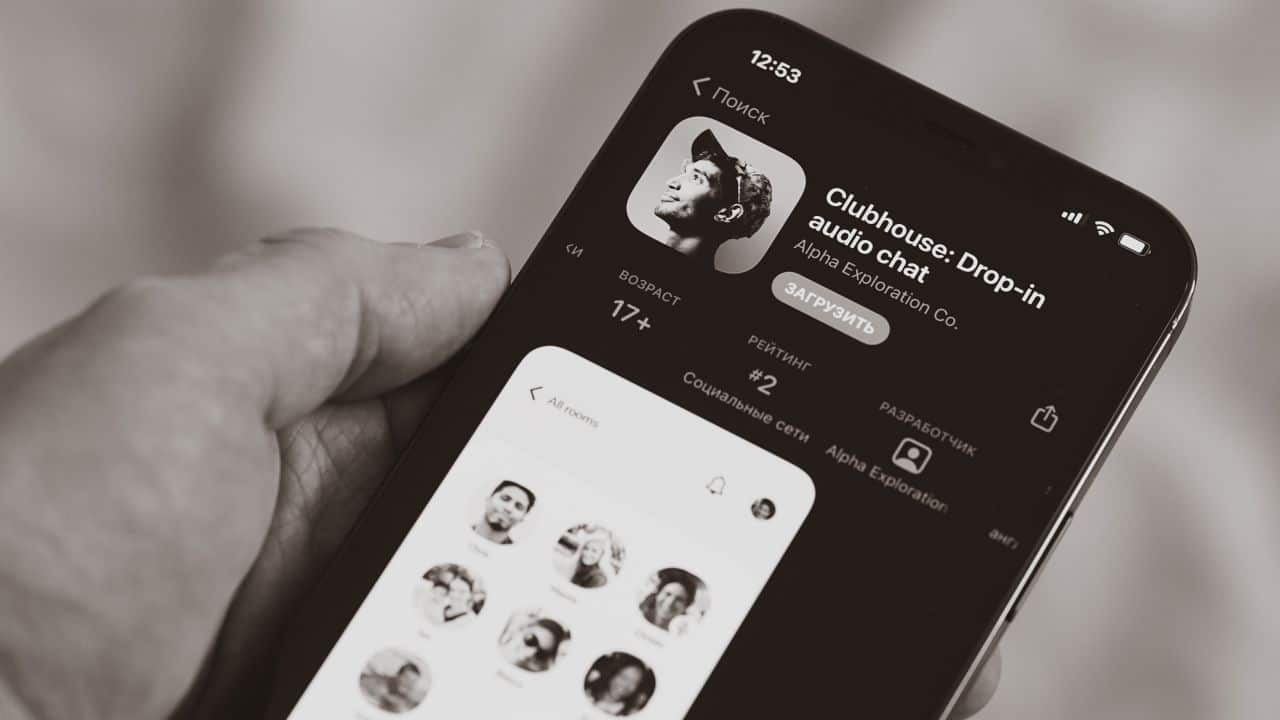 There's no oversight to prevent non-experts from speaking on topics like mental health or to stop rooms from turning into echo chambers. These are some serious problems.

However, social audio apps are not without their downside. The very nature of clubs is that it brings together like-minded people, which can further polarisation. Right-wing extremism, hate speech, Islamophobia, love jihad, casteism, these topics go up for discussions for hours without any policies to monitor them. Those who have disagreed with these echo chambers have been met with online abuse such as activist Leher Sethi.

Bao, whom we spoke to earlier, says she was blocked by other Clubhouse users for raising her voice against oppression – she often speaks for the rights of Dalits, Bahujans and Adivasis. “No independent investigation was done,” she complains.

Gulati is concerned about the quality of moderation. It bothers him to see people with no training giving out mental health advice. He wonders how introverts take their removal from a group. Or what happens when a girl shoots down a proposal in front of an audience.

The biggest fear, however, is that people can record the chats using a third-party app and leak them to cause harm, especially in matters related to politics and personal life.

Will it survive the pandemic?

Pros and cons aside, I wanted to know if the Clubhouse fever will last. These interviewees doubt that. They have seen the footfalls drop and discussions become monotonous as people are returning to their offline jobs and have less time to spare.

Canada-based poet Ambica Uppal, who hosts the Secret Poets Society, attributes Clubhouse’s success to “being at the right place at the right time” because it was launched at the peak of social isolation in April 2020. The buzz may die down but she sees value in staying put. “Clubhouse allows me to know people for who they are and what they think versus how they look. I like this authenticity,” she says.

Vikas Malpani, cofounder of Leher, which has 2.5 lakh users in India, says that “all-word shaping products go through the cycle” and so, “the novelty around social audio apps will wear off.” But once the buzz settles, steady users will emerge and they will drive this medium forward. “This is the decade of transition to audio/video as the primary medium of socialising,” he says.