Science Beyond Borders: A very unlucky astronomer, Venus in transit and Pondicherry

A travelling exhibition which is now in Bengaluru throws light on a cosmic destiny.

From the end of the 16th century, French astronomers routinely sailed to India. (Representational image: Greg Rakozy via Unsplash)

Ancient India considered astronomy as the highest form of science, and there are texts with theoretical calculations of planetary motions and complex hypotheses by pioneering astronomers like Brahmagupta (7th century CE).

From the end of the 16th century, French astronomers routinely sailed to India. Among them were those trained by the Jesuit Society. A strong hub covering Pondicherry, Madras and Chandernagore was formed and the Jesuits were dedicated to harvesting ancient and the then-present techniques that could be brought back to France - these techniques and knowledge in turn became the source for other French academicians. Bailly himself got all the content of his books from the French Jesuits’ letters and reports giving accounts of the Indian history of Mathematics and Astronomy. 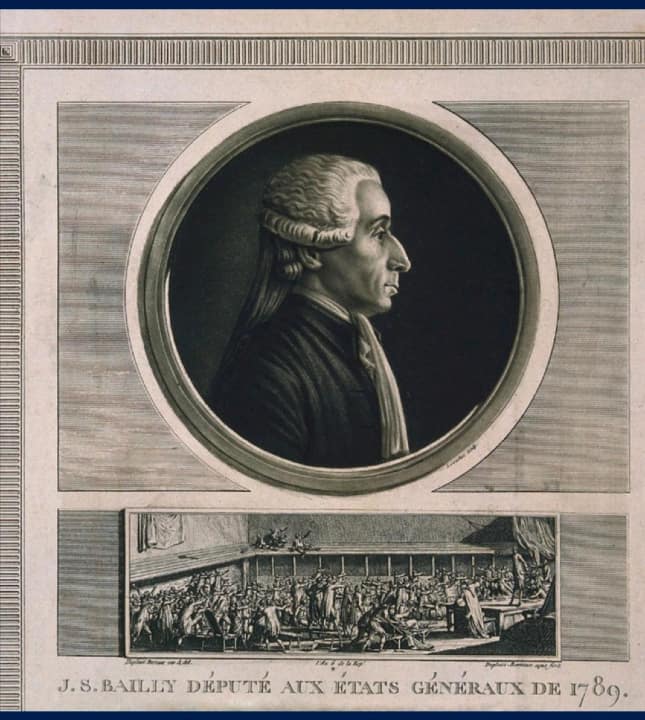 Around Bailly’s time, one of the famous Indian astronomers was the king-astronomer Maharaja Sawai Jai Singh (1688-1743). Apart from his several accomplishments, including military campaigns and the building of the city of Jaipur, the Maharaja built five observatories, Jantar Mantar, which were accurate tools for predicting eclipses and phases.

The Maharaja had a cosmopolitan network of astronomers in India and abroad who exchanged scientific ideas and theories. Through the headmaster of the Jesuit school in Jaipur, Manuel de Figuereido, the Maharaja had access to the contents of advanced astronomical books. The king was particularly interested in solving anomalies in planetary motion that no world system had satisfactorily solved.

One of the most intriguing events that the Maharaja was keen on understanding was the transit of the planet Venus. Twice in a hundred-plus years, planet Venus has its shining hour when it moves across the face of the Sun. The transit of the ‘morning star’ is a rare spectacle that happens in a predictable pattern of two - occurring twice within an eight-year period followed by a gap of 121 and a half years.

Maharaja Jai Singh, like other astronomers of the time, knew how important the transit was to unlocking the secrets of the universe, especially in the light of Kepler’s prediction of the 1761 transit and Edmond Halley’s suggestion of placing observers at different points on earth to calculate the distance between the earth and the sun (one astronomical unit) using trigonometry, triangulation and parallax methods.

The Maharaja was well-versed in heliocentric and geocentric theories, having read Giovanni Riccioli. He was aware that the transit of Venus could not be explained by the geocentric system because Venus appears in front and behind the sun which wouldn’t be possible if the Earth was at the centre, but easily explained through heliocentrism where the sun is at the centre. Unfortunately, the Maharaja died in 1743 without seeing the transit but India was the place for a world-famous "miss". France had sent astronomer Guillaume Joseph Hyacinthe Jean-Baptiste Le Gentil de la Galaisière (1725–92) to Pondicherry which was ideally located to see the transit. After three months at sea, he arrived at Mauritius to find out that the Seven Years War between England and France had begun. Pondicherry was under siege by English warships. He set out nevertheless, reached a wrong destination, failed to receive permission to go to Pondicherry and the transit occurred when he was sailing back to Mauritius.

Le Gentil was unable to determine his longitude or make precise time recordings, rendering his observations scientifically useless. He decided to wait in Mauritius till the next transition on June 4, 1769. He used the waiting period to calculate the best places to view the transition. He also explored Madagascar; describing Fort-Dauphin in the South and Foulpointe on the East coast, where he performed observations on the local flora and fauna. He climbed the mountains of Bourbon Island and mapped it. He visited Manila, but was accused by the Spanish governor of being a spy and fled to Pondicherry in time for the second transit. The night before the transit, the weather was clear. But during the transit, monsoon clouds rolled in, and again, Le Gentil missed recording the event.

Misfortune followed him. After 11 years, when he got back home, he discovered that he had been officially declared deceased, his possessions gone to relatives, his wife remarried and his fellowship at the Royal Academy of Sciences terminated.

And so, a town on the coast of the Bay of Bengal figures in the astronomical archives as the place where one man’s chance to make history was shattered twice.

More stories like this at Science Beyond Borders, an exhibition that is on at Bangalore International Centre (11am to 8pm) till May 21, 2022.