172@29@17@145!~!172@29@0@53!~!|news|trends|features-2|web-streaming-medium-has-given-a-lot-of-voices-to-womens-stories-says-actor-aahana-kumra-5532441.html?utm_source=MC_OpeninApp!~!news|moneycontrol|com!~!|controller|infinite_scroll_article.php!~!is_mobile=false
Subscribe to PRO at just Rs.33 per month. Use code SUPERPRO
you are here: HomeNewsTrendsFeatures

Web streaming medium has given a lot of voices to women’s stories, says actor Aahana Kumra

A wide oeuvre of bold, memorable roles and a clutch of awards – actor Aahana Kumra is certainly having her moment in the sun.

An award-winning actress who has experimented with theatre, television, ads, films and web series, Aahana Kumra has received rave reviews for the strong characters she portrays and the power-packed performances she delivers.

From a detective in the TV series Agent Raghav – Crime Branch to a lusty beautician in Alankrita Shrivastava’s Lipstick Under My Burkha to Congress leader Priyanka Gandhi in The Accidental Prime Minister, Aahana has played a versatile repertoire of roles.

In this candid chat, she talks about her daring role in the new Netflix show Betaal, the web as a democratic medium, and the female voice and perspective in the film industry.

What was your experience of playing the fearless Deputy Commander Ahluwalia of the Baaz Squad for Betaal? Also, for the first time in my life, I was experimenting with prosthetics, and it was fantastic.

Tell us more about that. What was the experience and response?

I found out about the prosthetics after I was signed on the show, and was very kicked to know that part of my face would be scarred. It’s very rare for actors, and especially women, to get these kinds of parts and looks. The response has been overwhelming. Fans and friends tell me that it was very brave of me to look like this, because everyone is so obsessed with looking nice. It takes a while for one to even get used to looking at oneself in the mirror. The first day when I walked out of the vanity van with the scar on my face, everyone stopped and stared at me. It made me a little uncomfortable, but it just looked so real. I had to get into makeup two hours before everyone else, staying back after the shoot wrap to remove the prosthetics, and of course, I had to get used to the smell of glue, silicon, colours and paint.

The makeup team had to always make sure I had a fan with me, that I didn’t perspire, that I didn’t get wet in the rain. So, it took a lot of precision, detailing and patience. Also, the terrain where we shot was not easy – sometimes it was 45˚C temperature, sometimes there was rain. It really makes you look beyond looking pretty.

From theatre to television, ads, films and web series, which has been most inspiring and interesting to you personally?

I find all mediums interesting. For me, the work is the same. I need to put in the same amount of research into the character I’m playing and give it my all. In a play, there are no retakes or cuts – the show goes on. When you’re doing a film, television or web series, you can’t fall ill – you are indispensable to your shoot, because nobody else can do that part for you. Theatre has really led me to where I am today. And anybody who has ever wanted to become an actor has always romanticised the big screen.

On the other hand, the web for me has been completely democratic and something that I really owe my career to. It really has given me so much strength, recognition and love. For the web, I have played roles and collaborated with people that I had never imagined doing.

What has been your most inspiring role or experience as an actor?

So many! Lipstick… gave me the freedom to think beyond the box. I was so fearful about having any kind of physical contact with another co-actor on screen and being open about the sexual regression in our country and the world. I’ve travelled with the film to four continents and the reaction I got everywhere was fantastic. It opened my eyes that, wherever one goes, it’s the same story for women. All my roles have come to me at a point when I needed something new to think about – they have almost lent me a voice and given me the courage to think differently.

When did you decide to become an actor? What was your family’s response?

I didn’t really plan to become an actor; I just liked to be on stage through school and college. I loved being in the performing arts. I got fascinated with the world of theatre when I started doing workshops with Prithvi in the summer after school. I remember Neeraj Kabi, my first teacher and then Naseeruddin Shah and Ratna Pathak Shah when I went to film school.

My mother actually took me to film school and she asked me what I wanted to do after college, because I didn’t have the guts to tell anybody at home that I wanted to be an actor. So, it’s because of my mother that I’m an actor today.

My father didn’t really take me seriously for a very long time until I did my first show with Amitabh Bachchan. Secretly, he still hopes I was in the Armed Forces or some other regular job or had pursued an MBA! My family has been really supportive. In theatre, you don’t really earn an income for a long time. I am in gratitude to my family for not saying anything to me and blindly believing in and having faith in me for years – for loving me, caring for me and not questioning me. 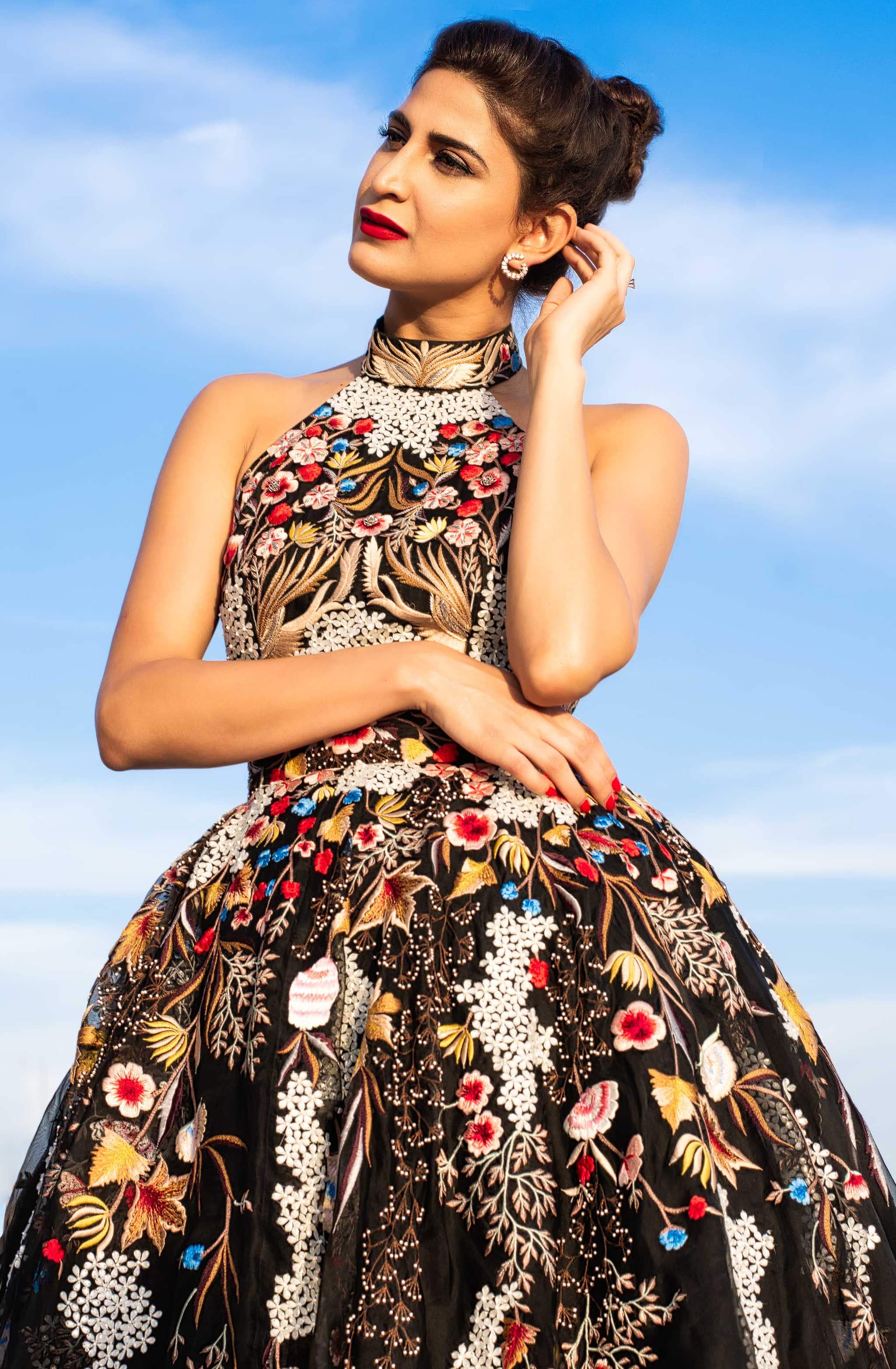 Tell us about your role in the upcoming film Khuda Hafiz.

I wear a hijab in the film, speak Arabic and there’s a lot of action. The shooting was in terrains such as Uzbekistan, which was challenging, cold and pretty ruthless. I shared screen space with Vidyut Jammwal, who is a great human being. There’s a lot of hand-to-hand combat in the film, and we had to go through training.

As someone who has been vocal about your #MeToo experiences in Bollywood, do you think the movement has helped the industry become more transparent?

The industry has become more transparent, but it’s also to do with the mediums that we are now working in. The web is a very democratic medium – everyone comes and auditions, and that’s how you get your parts. I’ve got all my roles through tests, not because people know me or have seen my work.

I’m so glad that people now look at you as an artist, they treat you with respect and love. Many of my colleagues are now my friends too. I’m glad to be living in these times when women can be fearless, choose our parts and dictate monies, which is such an important part of our being.

Having worked in a film like Lipstick Under My Burkha, do you think the film industry is waking up to the increasing need for the female voice and perspective?

Yes. I think it a lot also has to do with the fact that web is such an integral part of our lives, and we don’t have to worry about box-office figures on the medium. In film, there’s a different structure that return-on-investment works on. You have to bring a big star into a film, because that’s how you get people into the theatres to pay for the tickets.

Whereas, in web, things are there forever – you can watch a show or film anytime; it’s always going to be there in the luxury of your home, at your fingertips, whenever you want to. This has given a lot of voices to women’s stories, and I’m glad to see women in roles I would otherwise not have imagined them in. 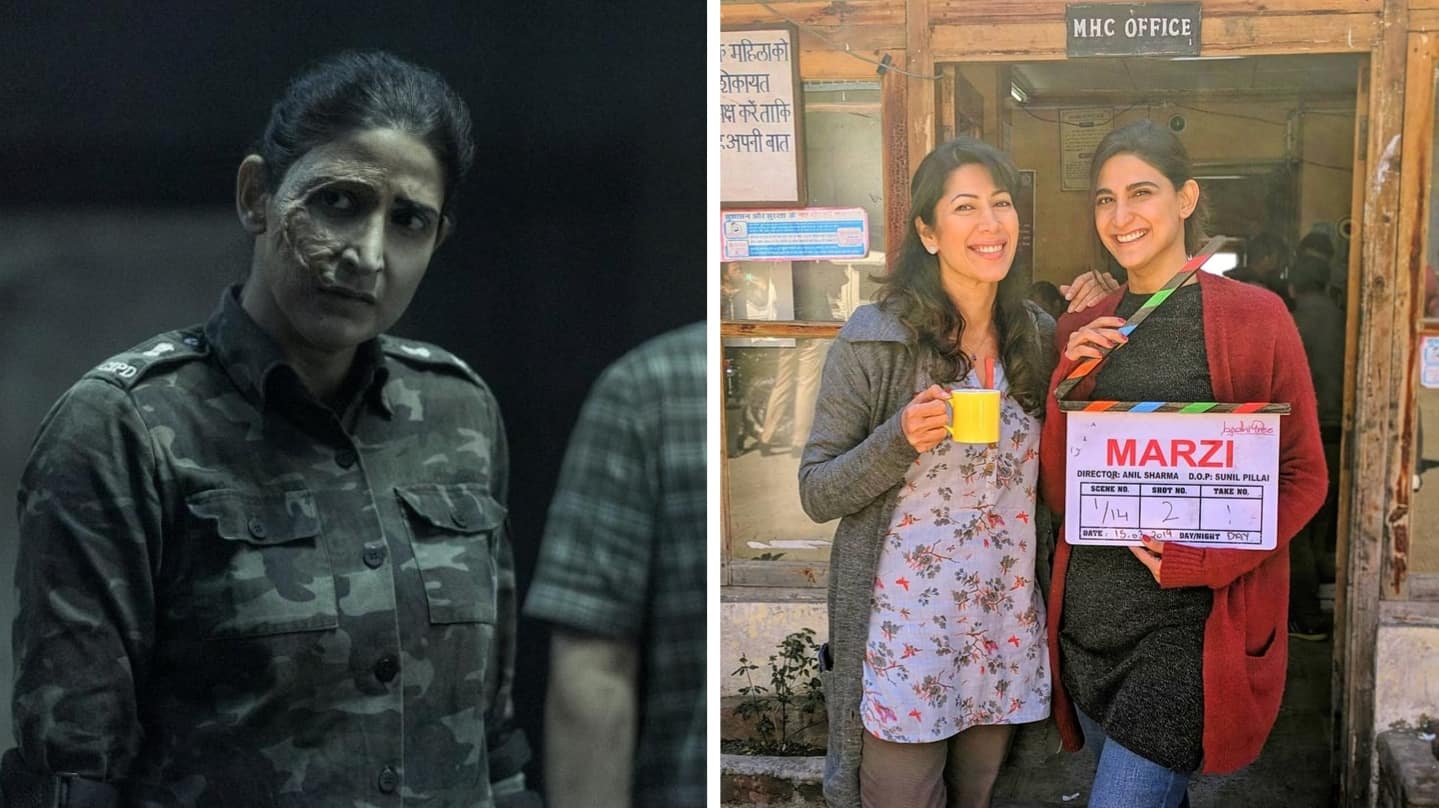 Tell us about the stories for children that you have been writing during the lockdown.

I was at my sister’s house when the lockdown began, and I have a three-year-old nephew. Children are so fearless and they live in their own little worlds; they say what they want and feel what they feel, they have imaginary friends and conversations, they ask a lot of questions. My nephew is obsessed with a lot of things. I got a lot of ideas from him and thought I could make characters out of the things that he talks about. So, I started writing. I’m glad he’s transported me into a world that is so fantastical.