Selected Articles from
Financial Times on Moneycontrol Pro
you are here: HomeNewsTrendsFeatures

Doctor’s Brandy Reserve No.1, India’s only brandy with VSOP tag, ups its perception game to woo the young

Doctor’s Brandy isn’t just a panacea for your cold and flu. Its Reserve No. 1 Pure VSOP is a rather smooth brandy that has been matured in oak casks for three to seven years.

Much like me, for most of us, Doctor’s Brandy is a go-to drink to deal with a terrible cold or the flu. Just take some Doctor’s, add some honey, a wee bit of lukewarm water and you are good to go. 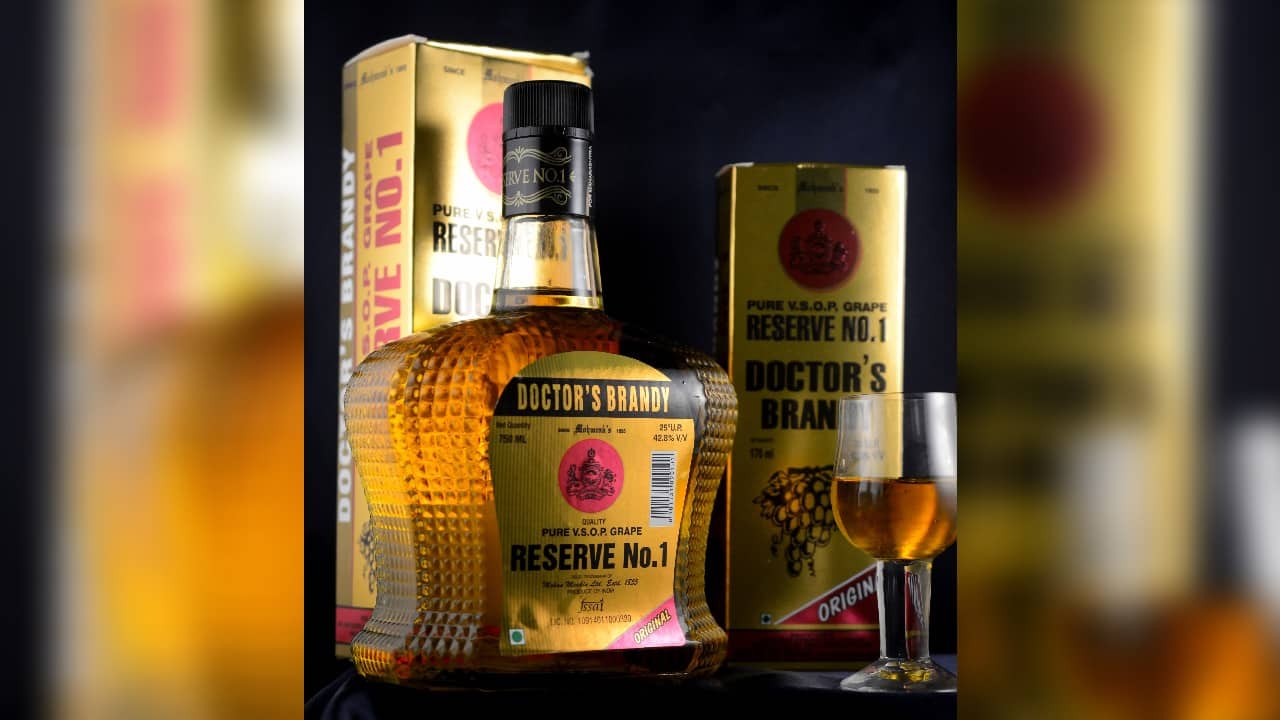 So when I was invited to a tasting of Doctor’s Brandy Reserve No. 1 Pure VSOP — said to be the Made in India brand’s first VSOP (Very Superior Old Pale or Reserve designates a blend in which the youngest brandy is aged for at least four years in a cask)—I was somewhat taken aback. When did Doctor’s go from being that medicinal brandy you should have in your bar to a drink of leisure, one that also carries the VSOP tag that is largely reserved for some of the world’s best cognac and brandy? Seemingly, quite a long while ago.

For India, Doctor’s is a heritage brand. Coming from the house of Mohan Meakin, makers of the iconic Old Monk Rum, Doctor’s Brandy was created by Girdharilal Bajaj, a trader of spirits and liquor. “He sent members of his team to France to research what it takes to create fine brandy. Not only did his team research the art of making fine brandy with master distillers, but also had a chance encounter with a French pharmacist who educated them about what goes into making one.

The idea was to create a blend to suit the Indian palate with locally sourced grapes equivalent to the aroma, taste and flavour of French grapes grown in the southern regions of France,” says Pooja Bajaj, his granddaughter, the third generation in the business, and now the CEO. 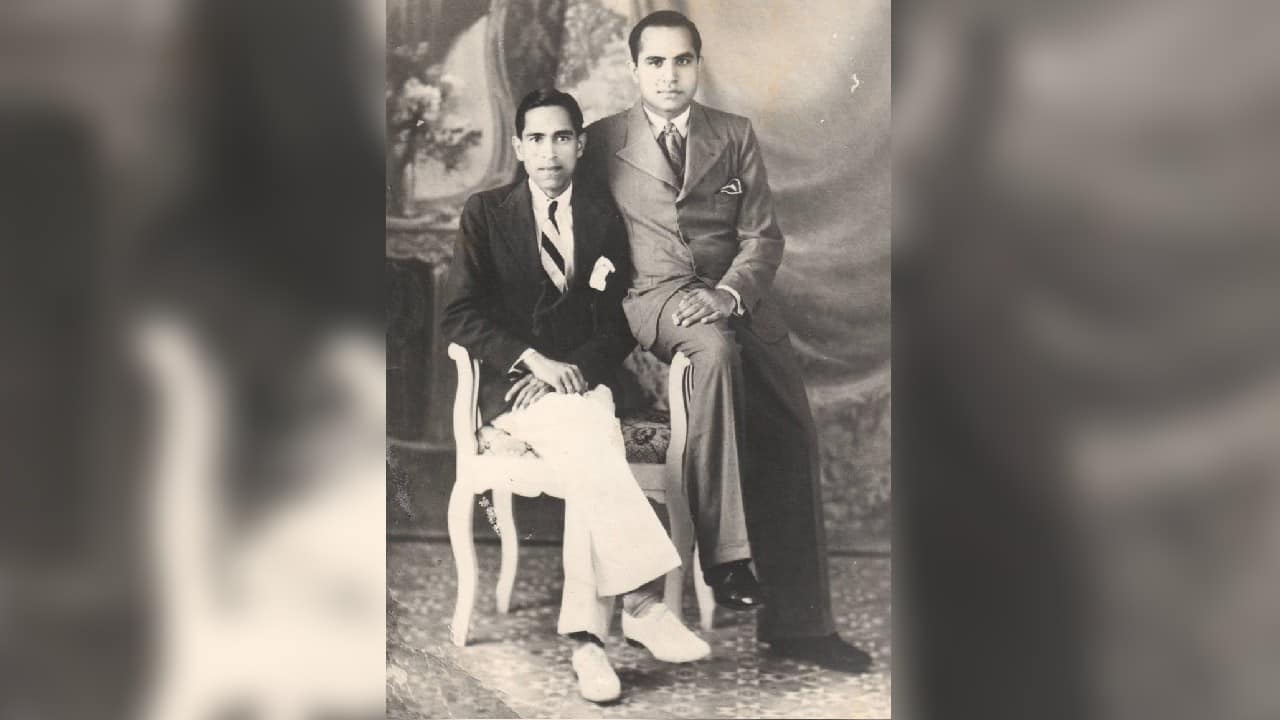 The year was 1972. Bajaj was one-half of Mohan Brothers, one of India’s premier liquor importer and an associate of the founders of Mohan Meakin. Back in the 70s, creating a fine aged VSOP brandy served more like a medicine than a digestif. “Hence, we included the Doctor’s label back in the day,” says Bajaj.

Now, the brand is striving to change the perception. From tastings to collaborating with bartenders to create delicious cocktails and chefs to suggest food pairings, Doctor’s Reserve No. 1 VSOP has become far more ambitious in its vision. 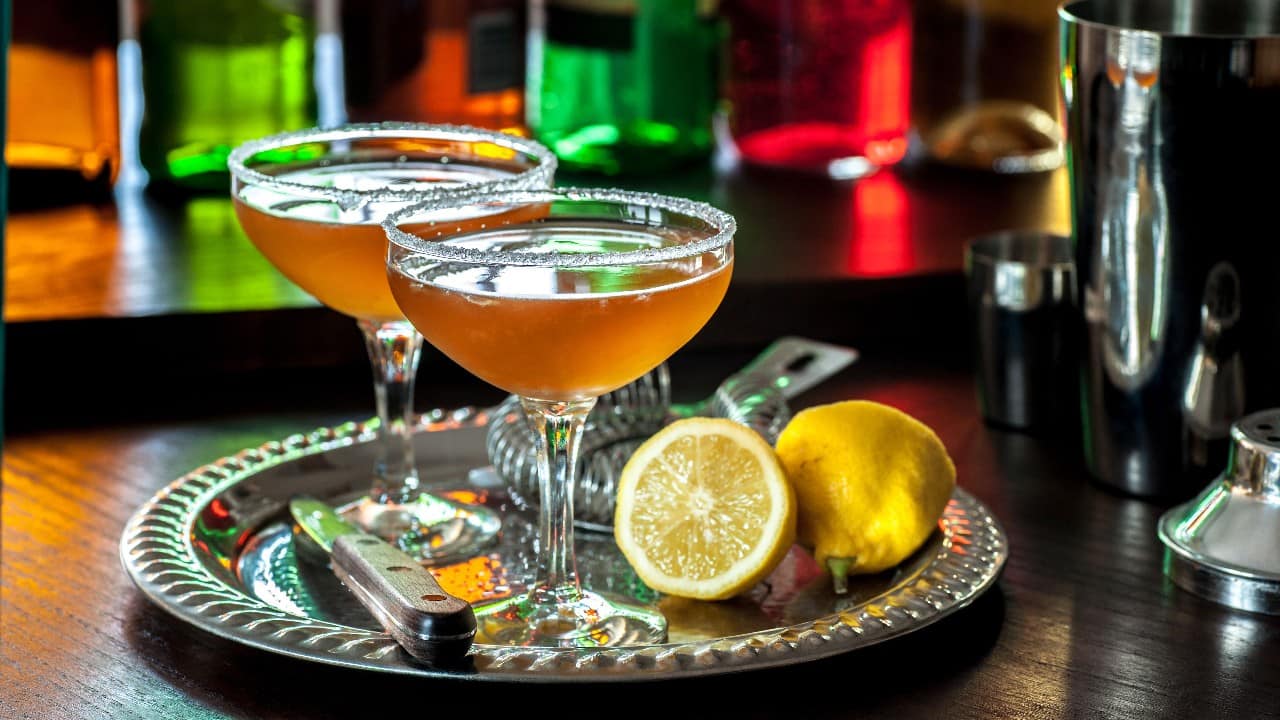 While in India, brandy has snagged 8 percent of the spirits market, premium brandies only have about a 3 percent market reach, and expensive cognacs even lesser. The challenge for Doctor’s Reserve No. 1 lies in its perception more than market penetration. “Indians use brandy more for medicinal purposes than simply for enjoying it at a social gathering or even as a digestif or a nightcap. We are focussing on sending out a message about a brandy’s versatility,” reflects Bajaj. “It can be paired with food or can replace your regular drink. We want to consciously bring to the fore the use of brandy in cooking.”

The bottle design and packaging for Doctor’s Brandy Reserve No. 1 V.S.O.P are brand new. 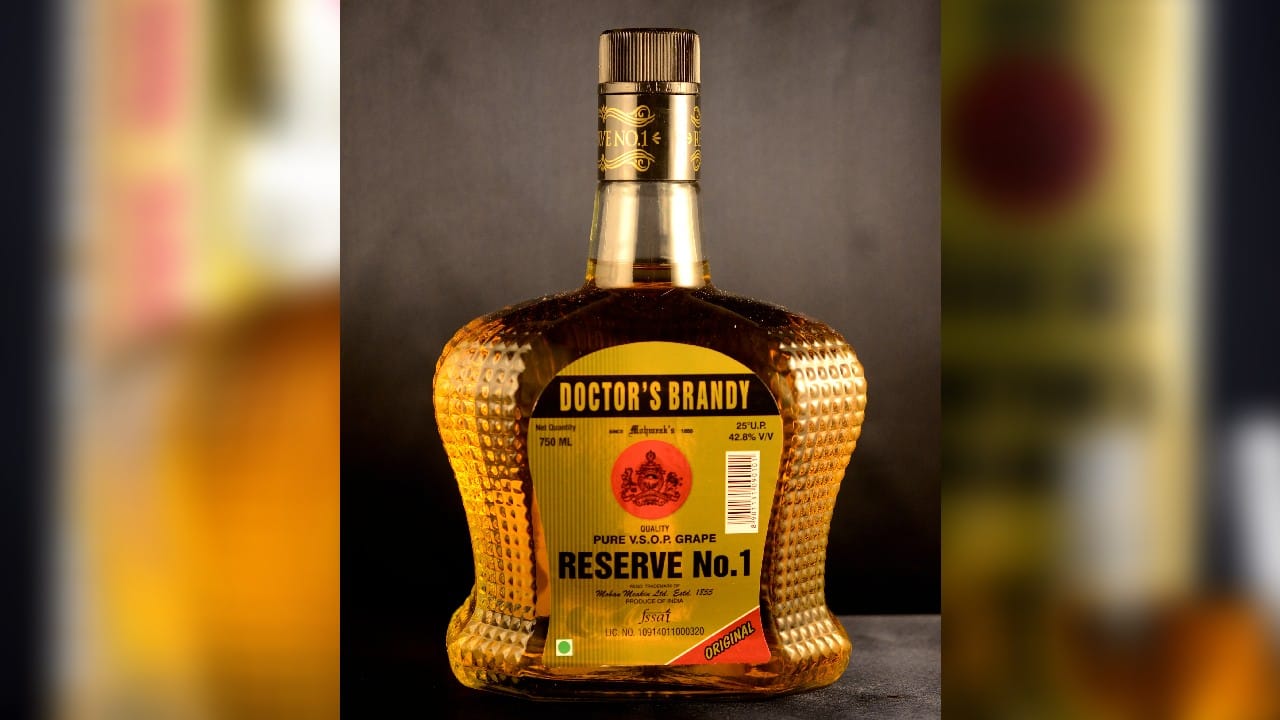 The bottle in which Reserve No. 1 is sold has gone through several changes since its inception. 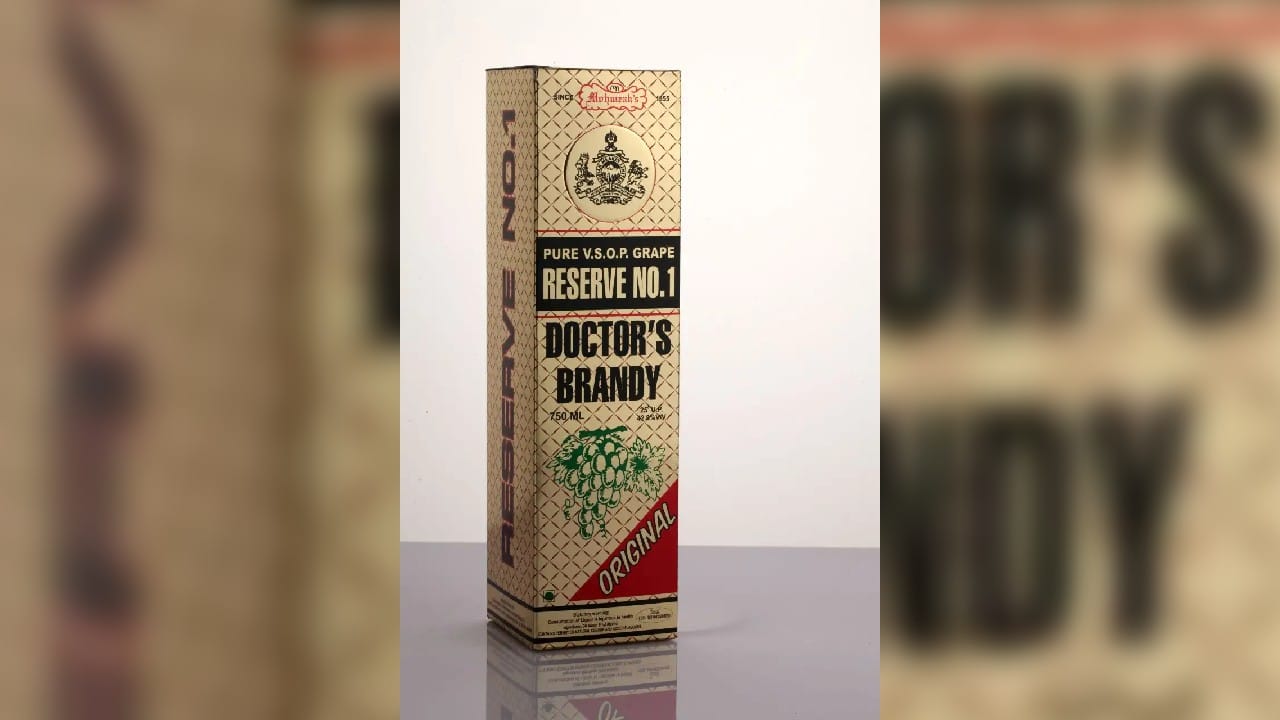 From a quintessential long and stubby brandy push-bottom bottle, the brand upgraded to a steady wider-bottom green bottle. A few years later, it changed the design to square-cut. Today, Reserve No. 1 is sold in an old-fashioned diamond-cut bottle. “Recently, we introduced a limited edition offer of a CR decanter diamond-cut for collectors.”

The label is stark gold, a colour most Indians associate with grandeur. It breaks away from the global trend of contemporary, some even in pastel shades or art inspired. “For the gold label, we have sought inspiration from the golden hues of Reserve No.1 Doctor’s brandy. Most brandies have a dark caramel coloured liquid, but ours is a light golden liquid,” says Bajaj. “The text and fonts were best legible in black and we have added a touch of red to offset the monochrome.” 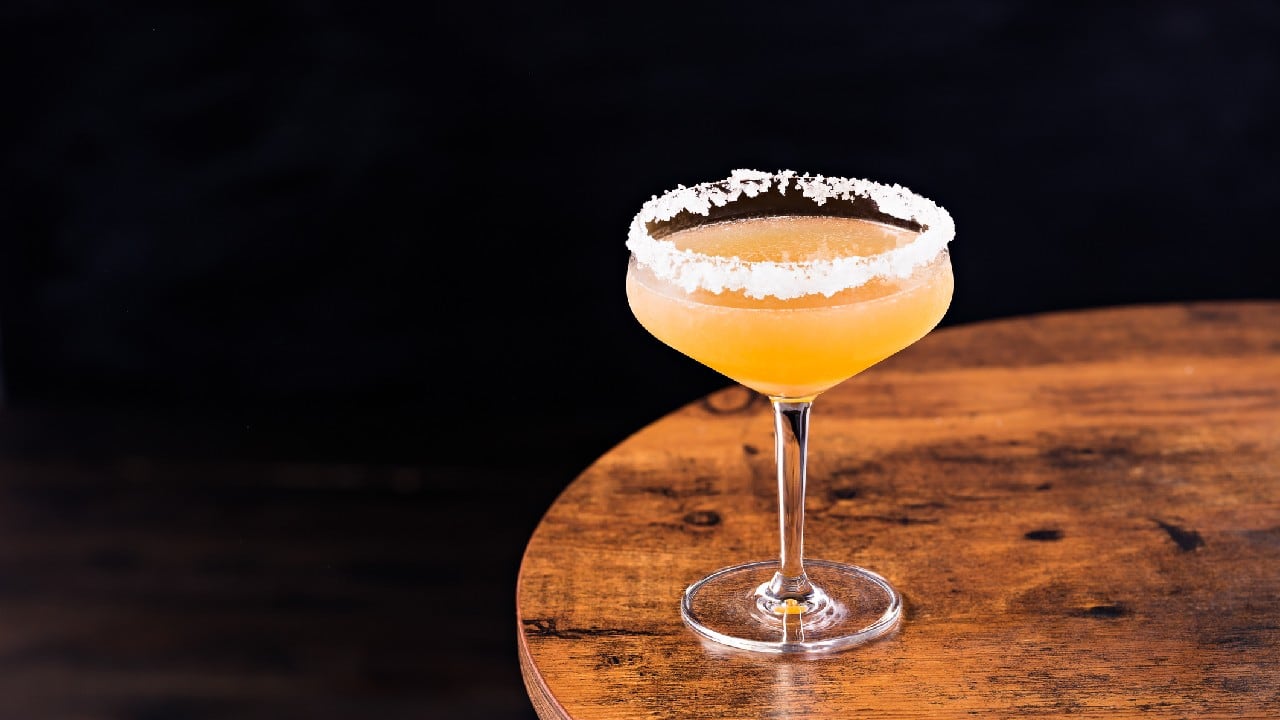 Doctor’s Brandy’s marketing strategy for Reserve No.1 includes leveraging the social media to educate people, particularly the younger generation, about how it can be used in cocktails, as a flavour enhancer in savoury dishes and desserts, and to create flavour experiences by pairing it with the right food with generous help from mixologists and chefs. 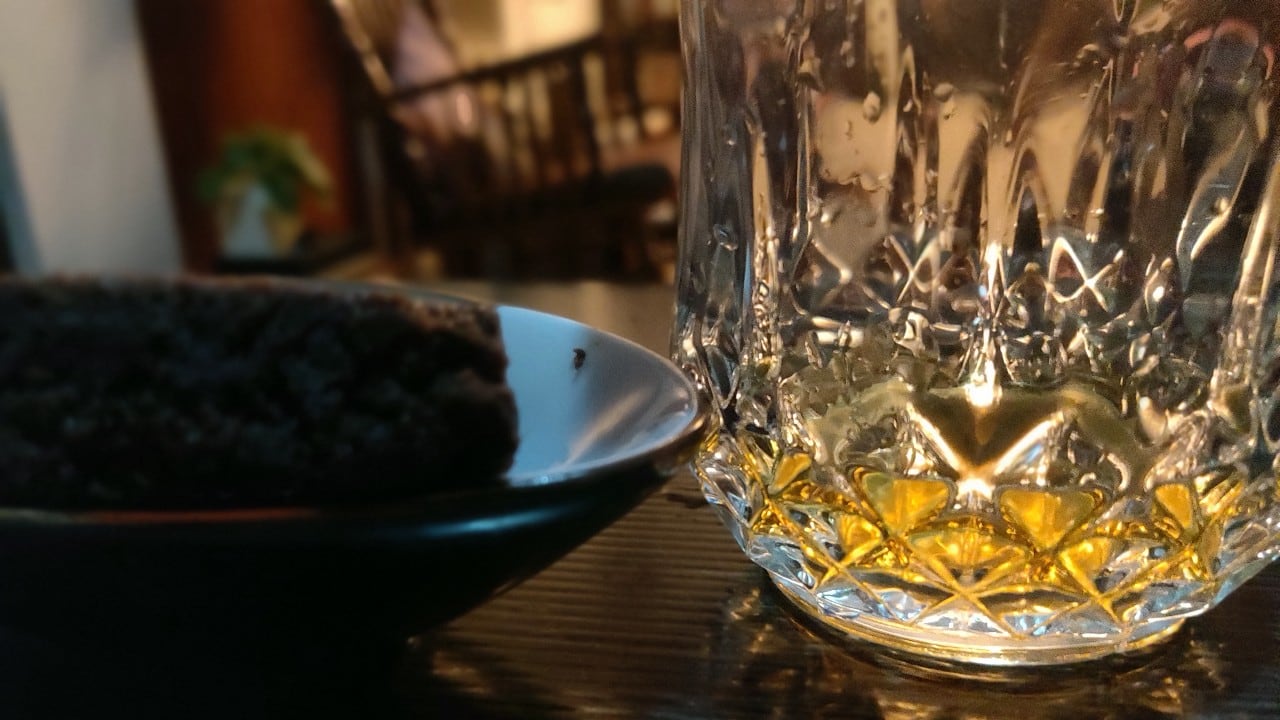 “Recipes, food trivia, technical know-how, drinking etiquette, all is being absorbed by the young via social media. We have held sessions to show how you can flambé a decadent chocolate cake with brandy, or even how easy-to-make brandy cocktails can be quickly whipped up," she said.

The making of Doctor’s Reserve No. 1 VSOP 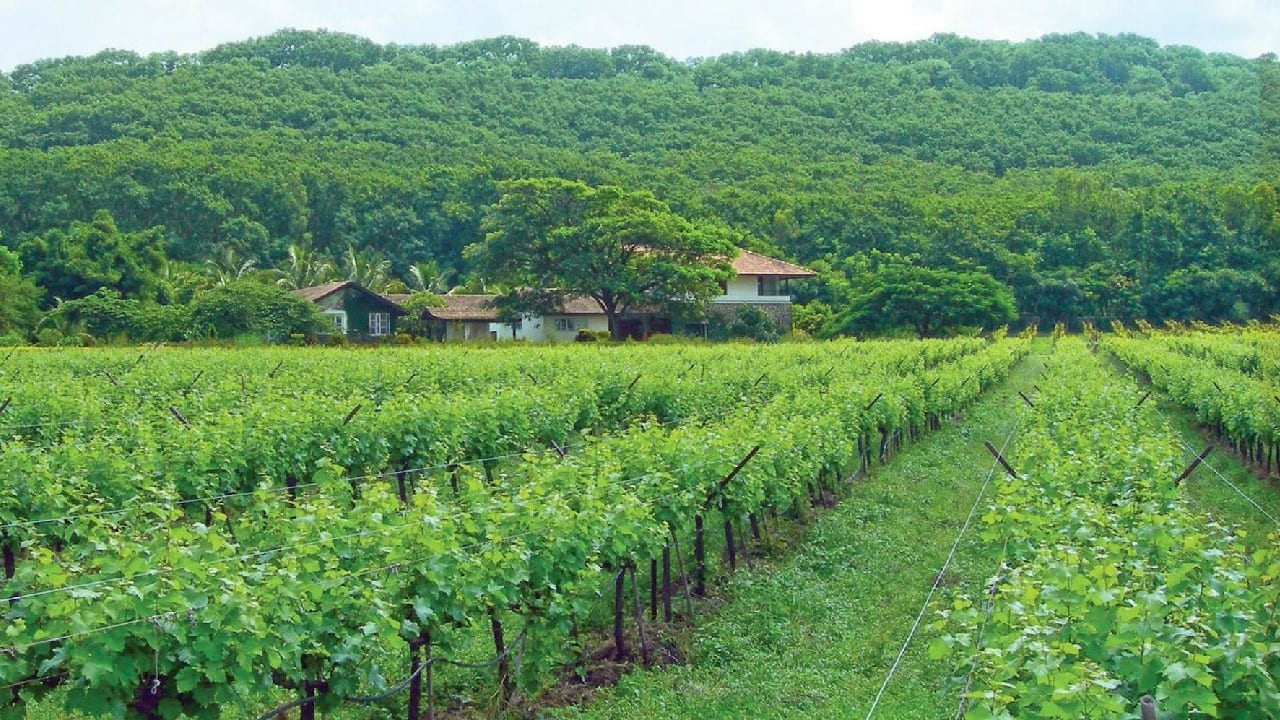 The grapes that go into the making of the Reserve No. 1 blend are selectively handpicked from farms in Baramati and Nasik. A mix of different grapes is crushed and tripled distilled to get the desired grape spirit at Mohan Meakin’s distillery in Lucknow and Mohan Nagar at Ghaziabad. 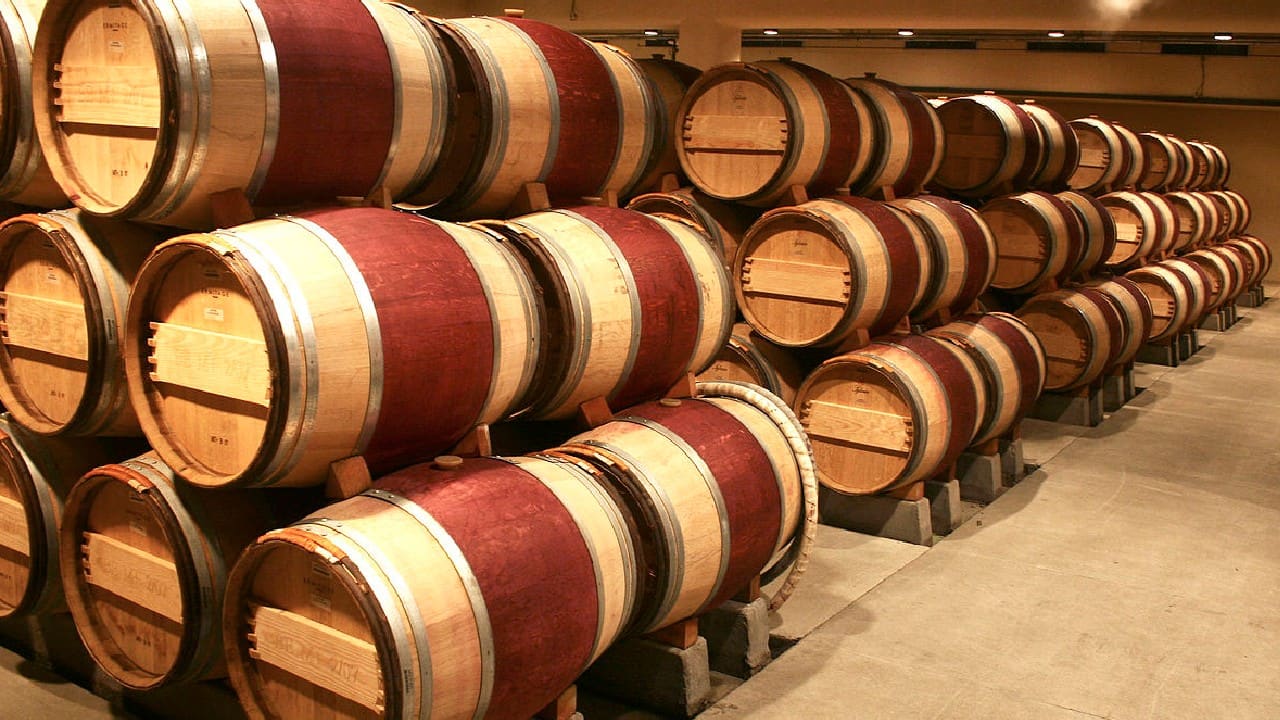 For three to seven years, the grape spirit is stored and matured in oak cask barrels in the icy heights of a picturesque Solan in Himachal Pradesh. “This maturation process contributes to its unique smoothness, flavour and the VSOP grade,” says Bajaj. 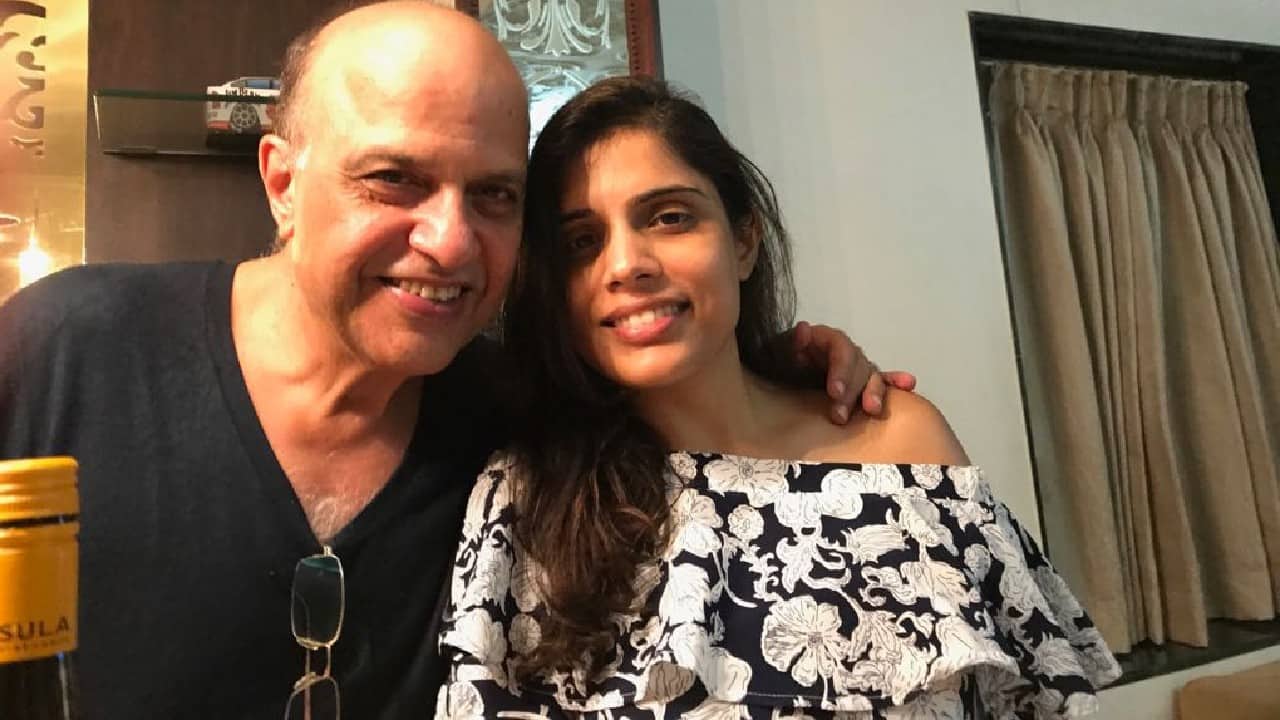 The secret of the amber-coloured brandy lies in the high-quality grape spirit and the way it is blended, says Amarlal Bajaj, Director, Mohan Brothers and Pooja’s father. “We still make the brandy the same way as we did back in 1972.” The result, then as now, is a smooth drink that is pleasant on the nose and has a lingering finish. 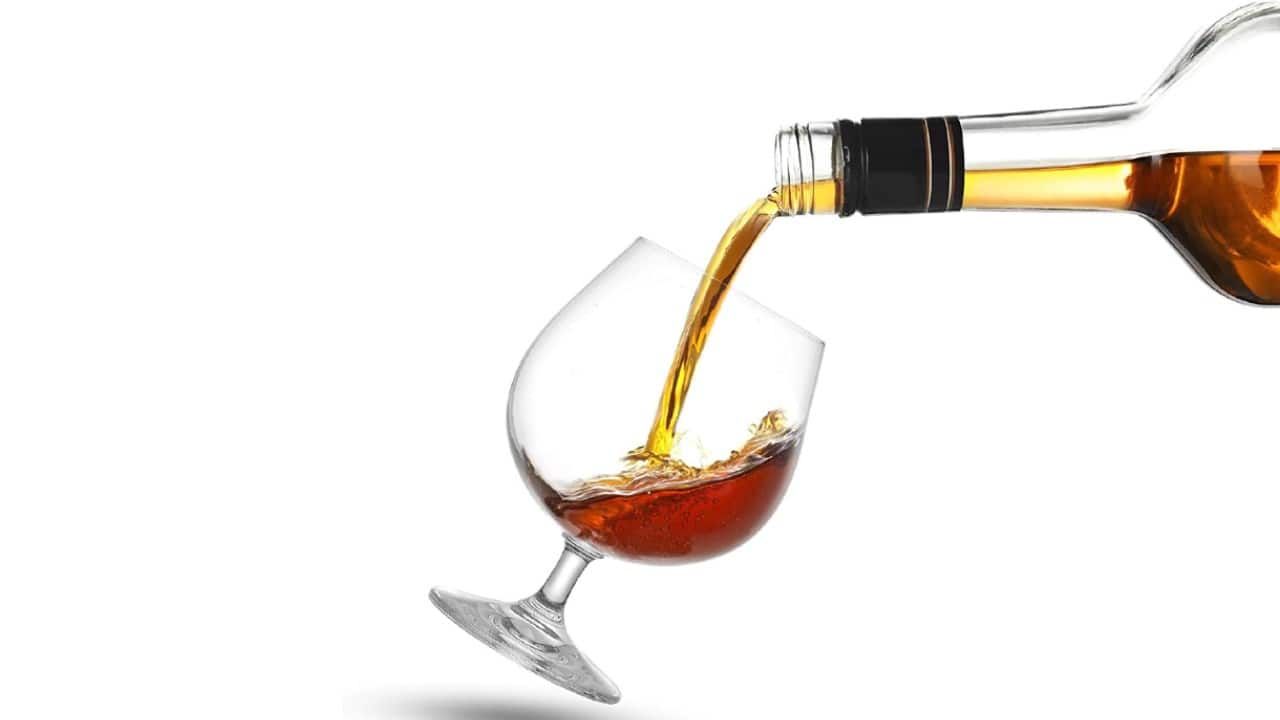 Surprisingly smooth and floral is how I would define the golden liquid. Bajaj puts it more succinctly, “It is smooth to the end while sipping it slowly. Once you pour it in a goblet or a round glass, stir it to feel the aromatic flavour that indirectly enhances your senses.” 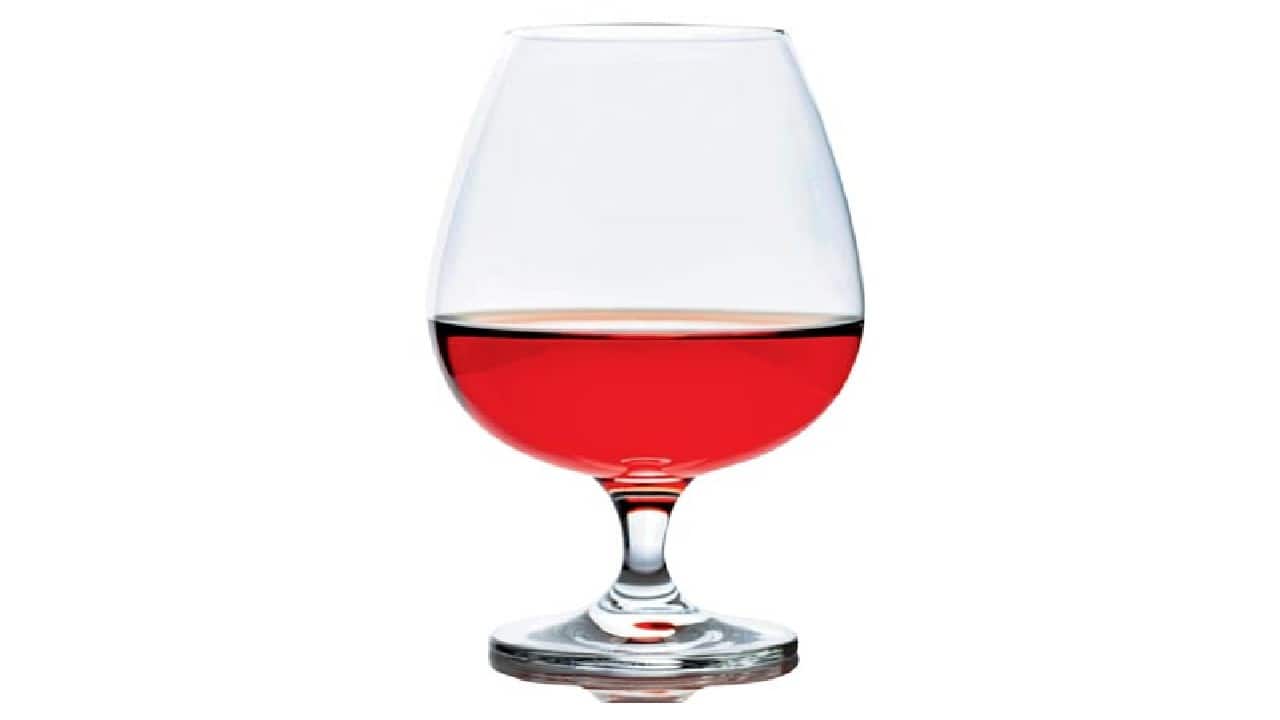 The flavours are fresh, even candied, with dried fruit and citrus zest dominating the flavour profile. The ageing in oak barrels infuses the amber colour and notes of spice, caramel and dried fruit into the brandy.