'A gig that terrifies you and gives you purpose': What it takes to direct MAMI Mumbai Film Festival

Artistic director of the prestigious MAMI Mumbai Film Festival Smriti Kiran has turned around its fortunes in the past few years.

While the 22-year-old Mumbai Film Festival has seen a spectacular rise in the past five years, only a few would recognise the faces heading MAMI (Mumbai Academy of Moving Image), an academy and not-for-profit trust, who has run the prestigious film event since 2015 and turned its fortunes around since then.

MAMI’s artistic director Smriti Kiran is one of those faces whose hard work is visible to all. She is the creative force leading and building the legacy of MAMI’s original founders Hrishikesh Mukherji and Shabana Azmi, and the vision of its current board members including Deepika Padukone (chairperson), Neeta Ambani (co-chairperson), Anand Mahindra, Zoya Akhtar, Kabir Khan, Kiran Rao, Rana Daggubati, Vishal Bharadwaj, Rohan Sippy and others. 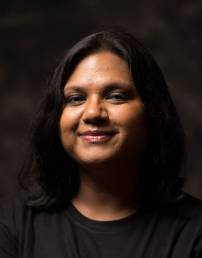 Full of passion for her work, Smriti has been with MAMI since 2015. “Getting a gig that actually terrifies you and gives you purpose is rare after 20 years. I get to build this crazy ship with some of the best professionals I have ever come across,” says the Delhi University alumna, adding, “Every waking moment of my life is consumed by MAMI, and I love it. The sense of responsibility that comes with my position drives me.”

Daughter of now-retired IAS officer Dr Vinod Prakash Gupta and a National Award-winning educationist Shashi Kiran, Smriti’s progressive upbringing shaped her into an outspoken individual and fierce feminist. “I didn’t become aware of patriarchy till pretty late because in my immediate family there was none at all. My father was and is my biggest champion. My brother and I were treated equally though I do think at times my father was a tad partial to me!” jokes Smriti, who launched the very popular hashtag #WarriorsNotPrincesses.

She goes on: “My father supports my mother in everything she does. But then, I got lucky. Dad is one-of-a-kind. I feel grateful for my parents because a patriarchal and misogynistic environment kills women even before they die.” After graduating in philosophy, Smriti studied law and then joined NDTV in the late 1990s when media houses were booming. Her 10-year stint took her from being a production assistant to head of special projects in entertainment. She helmed iconic shows such as Jeena Isi Ka Naam Hai, Night Out, and later Picture This, the show that launched the television career of film critic Anupama Chopra. It also sealed their friendship. “I have deep respect and tremendous love for Anu. She is generous and secure. Once you work with someone like her, you are spoilt for life,” she says.

In 2008, Smriti took a segue and joined the film industry, working with directors like Ram Madhvani, and writing screenplay books for films like 3 Idiots. In 2011, she and Anupama reunited to produce The Front Row with Anupama Chopra for Star World. In 2014, they co-founded Film Companion, which is today one of the most credible film journalism platforms in India. The same year, the duo joined the Mumbai Film Festival. “Our lives can be divided into two parts. BM and AM: Before MAMI and After MAMI,” she laughs. Smriti’s career choices are spontaneous and that is probably the reason her trajectory is rich and diverse. “What I am doing currently doesn’t make business sense to a lot of people; it is not lucrative and the work is relentless. But this makes me happy and I am working with people who inspire me,” she says with her trademark candour.

She is still more comfortable behind the scenes than walking the red carpet in a shimmery dress. “At heart and in action, I will always be the girl in overalls, sitting with my partners-in-crime in the back alley post the party drinking beer, laughing at all that happened, and plotting what to do next. Someone once called me a mazdoor (worker),” she smiles. “They were bang on.”

When will global markets bottom out?

Diamonds in the dust