A beginner’s guide to Russian watches

Sturmanskie, Vostok, Raketa or Poljot? The world of Russian watches is quirky and bewildering, two collectors help us negotiate the time travel.

I’ve always been curious about Russian watches, though all I have to show for it is a rather kitschy CCCP Time watch with a red caseback display window.

Last month, after a conversation with the well-regarded Russian watchmaker Konstantin Chaykin, I decided to do better and went down the rabbit hole of Russian watches on the internet. I was instantly confronted with a wide—and bewildering—array of choices and opinions. So, I turned to Russian watch-collectors Dominic Lockyer and Yury Kravtsov to help me figure out the lay of the land, so to speak.

Lockyer, a UK-based wine merchant, and Kravtsov, a Muscovite, chronicle the story of Russian watchmaking in an accessible manner through krishnasrussianwatches.co.uk and @sovietwatchmuseum on Instagram.

Lockyer is mostly into modern Russian watches, while Kravtsov collects timepieces made between the 1930s and the collapse of the Soviet Union in 1991. Over the month, I asked them several questions that any newbie would about Russian watches, and here is what they told me. In case, you, too, have been infatuated with Sturmanskies, Vostoks, and Raketas, you’ll find their insights helpful, like I did.

Decide whether you want to go vintage or modern

Kravtsov started with watches with space pedigree, such as the Sturmanskie that “Yuri Gagarin wore on his first space flight in 1961”. Another favourite of Kravtsov is the Strela, a chronograph that accompanied Alexei Leonov on the first spacewalk in human history and which is often known as the Russian Speedmaster.

“Collecting topics are endless with Soviet watches,” says Kravtsov. “Apart from space watches, you have divers, precision watches, military chronographs from the 1940s, Arctic watches…” Alternatively, he says, one could simply start with a Raketa Big Zero, which has been much sought after on eBay for the last year or so.

When it comes to modern Russian timepieces, Vostoks could make for a good entry point, says Lockyer. “They seem to be the most popular, most likely due to the fact that they are relatively affordable. Take the Vostok Amphibia, for instance. There are not many brands that offer a mechanical automatic watch, waterproof up to 200m, for less than $100.” 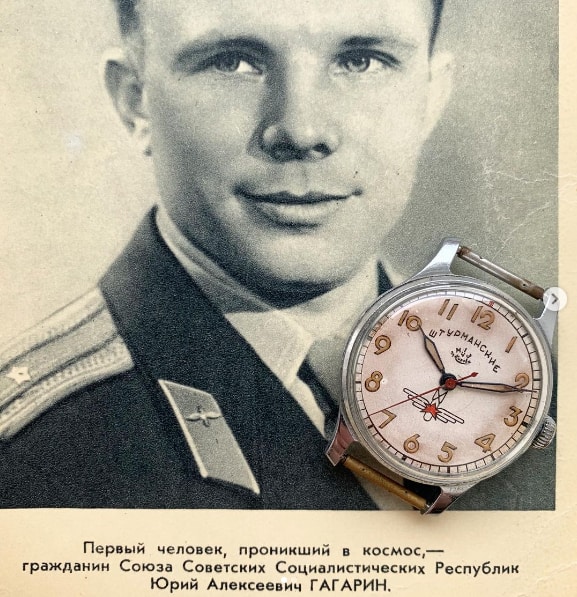 Vintage or classic Russian watches might not be ultra-reliable but they are easy to repair and spares are abundantly available for most of them.

“Soviet watches are also cheap, so you don’t need to think too much before you buy your first watch,” says Kravtsov. While the Swiss and Japanese watchmakers aimed for the best in terms of complications, luxury, materials and finishing, the Soviets, says Kravtsov, simply tried to make watches available to everyone.

“If they made a special one, it was for professional use only. And that's exactly what turns modern collectors on. Why buy an Omega Speedmaster that is available to anyone who has little money when you can acquire a real flown Strela that was issued to a military pilot in the 60s? And all this for a fraction of price!” Modern Russian watches might be more utilitarian in their design than their Swiss or Japanese counterparts and lack their complications but they are quirkier, says Lockyer.

The Amphibia, for instance, has its famed “wobbly” crown and also a simple rubber gasket compression system for waterproofing. “You don’t meet too many people with a Russian watch on their wrist.”

Modern Raketa and Poljot watches are more premium than Vostoks but they have done a great job of modernising some of their vintage designs, says Lockyer. Dueber Hampden and the Frogman

Modern watchmaking in Russia began after the Russian Revolution and it was powered by a bankrupt American watch company based in Ohio.

“Soviet watch-making started with Type 1 watches based on the Dueber Hampden movement. Soviets bought the whole factory and relocated it to Moscow. The movements were outdated but cheap and it was a game-changer for Soviet watch-making,” says Kravtsov.

A deep dive into Russian watches can also be a study into nationalist aesthetics and a kind of timeline of the Motherland’s various accomplishments.

Modern Soviet watches have had their pop culture moments too. Lockyer first got acquainted with Vostoks, thanks to Wes Anderson’s The Life Aquatic with Steve Zissou (2004).

“I noticed an article about the watch that Bill Murray wears in the film. It turned out to be a Vostok Amphibia 420 with a nautical-themed dial and red strap. This lead me to investigate Russian watches further and I discovered the Vostok ‘Scuba Dude’, the nickname for any number of watches that Vostok have made with a dial that features their iconic frogman logo,” says Lockyer.

Russian watches are a lot of fun. Don't expect the precision design of a Swiss or Japanese watch but remember, you probably paid a lot less. Enjoy the eccentricities.
-Dominic Lockyer

All the usual caveats apply

Both Kravtsov and Lockyer point towards eBay as a good option for sourcing Russian watches—once you’ve done your research and asked questions on Russian watch forums on sites such as WatchUSeek.

Kravtsov also advises against being too enthusiastic.“It's always better to own one very good watch than 10 average watches.” His ideal vintage Russian watch collection would include a Strela chronograph, a Poljot 2200 ultra-thin watch, and, among others, a Vostok Precision Calibre 2802.

Lockyer, on the other hand, is happy to revel in the uncommon joy provided by modern Russian watches. “Russian watches are a lot of fun. Don't expect the precision design of a Swiss or Japanese watch but remember, you probably paid a lot less. Enjoy the eccentricities.”
Murali K Menon works on content strategy at HaymarketSAC.
TAGS: #weekend reads
first published: Feb 20, 2021 04:29 pm