How to trade pullbacks effectively with options, explains Shubham Agarwal

Options can be used as trading vehicles to capitalize on the bargain hunting at the same time to keep oneself safe from any big damage that could create a bigger dent.

One of the most comfortable times to buy is to buy in pullbacks. That said, one must have the conviction to buy in a market which is failing to build a consensus bullish argument for the market trend. The risk here is that the ongoing pullback could convert into a reversal.

To deal with situations like these, options can be used as trading vehicles to capitalise on the bargain hunting at the same time to keep oneself safe from any big damage that could create a bigger dent.

Following are a few trading tactics that I have been practicing in such times. 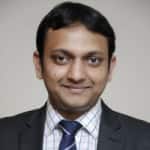 Bargain Hunting Spreads: To avoid any negative surprise we could just go ahead and buy a call option but that would open two potential issues.

1. If we just loiter around the same levels. The reduction in premium due to passage of time (time value decay) could ruin our economics of trade

2. Often times the price of options across go up during nervousness as the premiums led by risk observed increases. So, if we Buy a Call and we rise then the nervousness led risk premium would reduce. This could create pressure on upcoming rise in Call premium due to rise in the market, again ruining the economics of the trade.

So, the solution is instead of just Buying a call, buy a call and simultaneously sell a few strikes higher call. This would safeguard against both above problems by at least partially funding the possible dent and thereby improving profitability.

Keep a Mix of Long with Shorts using Options: Many of us trade majorly in futures. However, in times like these one may diversify the directional trades by adding a few shorts in the mix.

Since the major trend has not yet reversed and we still have a conviction of it resuming (hence calling it a pullback), it is prudent to keep a few put spreads (buy a put and sell a lower strike put) in the trading portfolio of underperforming stocks in the pullback mode.

Use Covered Calls: This is strictly for one of those boring pullbacks where the market just loses momentum and keeps moving around in a tiny range. In such markets a bargain hunting trade via covered call is a good idea.

What is covered call? Well, we would anyways trade in futures with a stop loss and a target. In case of covered call, we would just add a sell position in call alongside future. The strike for such call would be closer to our target price.

Benefit: If the stock/index takes a little bit longer in getting to the price target, our sell position in call would reduce due to passage in time. This would augment our profit if we were to cut out future in tiny profit or even reduce our loss if the stop loss gets triggered.

The cost of this transaction is that we will not get benefit of the move above the strike of call in futures. However, in my experience one would generally be out of the position around the target anyway be it traded with or without a sell position in the call.

These are some of the tactical trading strategies when the ongoing mode of the market is observed to be that of a pullback.

Shubham Agarwal is a CEO & Head of Research at Quantsapp Pvt. Ltd. He has been into many major kinds of market research and has been a programmer himself in Tens of programming languages. Earlier to the current position, Shubham has served for Motilal Oswal as Head of Quantitative, Technical & Derivatives Research and as a Technical Analyst at JM Financial.
Tags: #Expert Columns #Technicals
first published: Nov 20, 2021 12:16 pm