Exclusive Webinar :Don't miss the latest webinar on Global Investing with Passive Products on June 22, 11am
you are here: HomeNewsTrendsExpert Columns

Bull market? In last 5 years, P/E expansion accounted for 75% of equity returns; will 2018 be different?

On the global front, there has been a coordinated global macro recovery. This has seen a number of markets posting very good results and earnings upgrades. The new US tax plan is further expected to provide ballast to the recovery.

We are now in an extended bull run, having started from the USA in 2009, and spreading through the other developed and emerging markets over the last 3-4 years.

The bull market in India has been rather less secular in nature, partly on account of internal macro (earnings growth have remained anaemic for 5 years now), and partly on external shocks – taper tantrum in 2013, withdrawal of QE in 2016.

The last two years though have seen markets in India being on a bit of a tear, even as earnings growth has continued to lag. The big reason for that has been a tremendous gush of domestic liquidity, partly fuelled by the demonetisation exercise that has come into the capital markets. 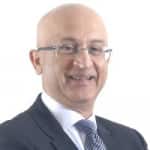 This provides a very solid domestic liquidity base to the markets, topped up by tactical liquidity from HNI and Institutional flows that have also been strong this year.

For 2018, the scenario, therefore, is decidedly mixed.

On the global front, there has been a coordinated global macro recovery. This has seen a number of markets posting very good results and earnings upgrades. The new US tax plan is further expected to provide ballast to the recovery.

Consequently, the relative attractiveness of India for global investors, given still-anemic earnings and rich valuations, will remain muted at the margin.

Domestically, the macro has started recovering, but modestly and off a low base. The economy expanded 6.3 percent on a year-on-year basis (YoY) in Q3FY17, a strong rebound after having reached a lowest quarterly reading in near three years of 5.7% in the previous quarter.

Granular GDP data has started to show early signs of recovery in the investment cycle, and efforts on NPA resolution are seemingly bearing fruit, finally.

It is likely to take some more time for capacity utilization levels in Corporate India to be high enough for a full-blown investment cycle to resume. Above all, earnings growth is still higher on analyst excel sheets compared to actual numbers.

On the supply front, 2018 is likely to have a very large pipeline of issues – IPOs, FPOs and secondary stake sales – hitting the markets.

Public Sector Banks (PSB) would be in the market to raise capital as well, as part of the mega recapitalization plan. Ergo, a lot of liquidity will be sucked in by new issues, keeping a lid on secondary price expansions.

All put together, chances of another 20% return year would have to be classified as a “very optimistic scenario”. In the last 5 years, P/E expansion has accounted for 75 percent of equity returns, earnings growth for only 25 percent.

We have to see a continuation of the same at current valuation levels (22X trailing earning for Nifty) for this scenario to play out in 2018. Base case would be rather more muted.

The bigger opportunities would be in the “micro” – new companies getting listed (insurance, asset management, wealth management, logistics), some companies finally turning around from distressed levels and some benefiting from improved global macro via exports.

In a nutshell, expect a more volatile 2018, with opportunities arising out of bottom-up strategies rather than top-down factors.

Disclaimer: The author is CEO and Managing Director, ASK Wealth Advisors. The views and investment tips expressed by investment expert on moneycontrol.com are his own and not that of the website or its management. Moneycontrol.com advises users to check with certified experts before taking any investment decisions.
TAGS: #Expert Columns
first published: Jan 8, 2018 11:16 am