Webinar :Join an expert panel for a webinar on Smart investments for a secure retirement January 28, 2021. Register now!
you are here: HomeNewsTrendsExpert Columns

What’s driving the crude oil rally and will it sustain?

At the beginning of this financial year, crude was a burning issue. The week of April 20, 2020, opened with the WTI Crude contract falling into the negative territory for the first time in history!

For a quick refresher on that predicament, read our blog Will India benefit from this WTI Crude oil crash?

But over the past eight months, the tide has turned for crude oil. NYMEX WTI Crude oil rallied more than 176% and MCX crude rose 189% since April-end, mainly supported by factors such as global stimulus packages, deeper production cuts by OPEC and non-OPEC countries, and a weaker dollar. 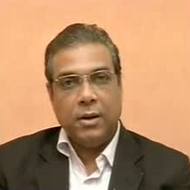 Our commodity analysts took a look at these factors and others and examined how their expected future trends will impact the price of crude. They’ve also presented the technical (NYMEX WTI Crude) for a 360-degree view.

The crude oil market faced a huge supply-side risk and lower demand during April and May 2020 and the chart below suggests that it has recovered from the trough, mainly supported by Fed monetary policies and global fiscal stimulus. The US federal balance sheet alone climbed above $7.24 trillion in December 2020, an increase of roughly 75% since the pandemic began.

Moving forward, any further stimulus around the world may support crude oil prices, pushing them north. Under the Biden presidency, we expect that one of the first priorities would be to pass a hefty economic relief package. An additional $1 trillion in incremental stimulus in the U.S. would translate into roughly 400,000 bpd of increased oil demand in 2021.

Policies of the Biden Administration could impact the oil market

beyond the expected stimulus package that the Biden administration is expected to implement, there are other policies which, if announced, could impact the oil market quite significantly.

Return to globalisation: Then again, if Biden returns to a globalisation trade policy, it will enhance the upside potential for long-term oil demand in emerging markets still further. A step back from the brink of a trade war could have a GDP growth impact of between 1-2% and add 500,000 bpd of oil demand globally by 2025.

Talks with Iran and Tehran: Under Biden, we also expect the US to re-engage Iran in nuclear talks and in exchange, let Tehran restart oil exports. It is unclear whether Biden would prioritise an Iran nuclear deal in his first 100 days, but given the policy has a strong international coalition (the EU and Russia) behind it, it could be a ‘quick win’ on the international stage.

Clean energy policies: Lastly, Biden has pledged approximately $400 billion in clean energy innovation and investment over the next ten years as part of an overall $1.7 trillion climate plan. If Democrats take control of Congress, we expect them to incentivise electric vehicle sales and invest in charging infrastructure. Specifically, Biden has pledged to increase cash incentives for switching to electric vehicles, similar to the 2009 “Cash for Clunkers” program. In addition, we expect a potential green stimulus plan would include investment in high-speed rail, one of Biden’s famously favorite mediums of transport, which could dent jet fuel demand.

There’s normally an inverse relationship between the value of the dollar and commodity prices. The prices of commodities have historically tended to drop when the dollar strengthens against other major currencies, and when the value of the dollar weakens against other major currencies, the prices of commodities generally move higher. This is a general rule and the correlation isn’t perfect, but there’s often a significant inverse relationship that plays out over time.

The table above suggests that WTI Crude oil outperformed during the recent Covid-19 crisis (May to Dec 2020), mainly due to a weaker dollar index. Moving forward, any further weakness in the dollar index in the coming days may once again prompt crude oil prices to rise or vice-versa.

Global Demand and Supply estimates could take a turn

According to a report (14th December 2020), OPEC lowered its demand growth estimates to 5.9MMbbls/d for 2021 in comparison to its earlier estimates of 6.25MMbbls/d due to uncertainty on transport fuel demand over the first half of 2021, especially in OECD countries. The vaccine should help normalise economic activities; however, OPEC expects that mild winter, fuel efficiency gains, the continuation of oil displacement programs, and subsidy removal will continue to limit oil demand growth.

At the same time, OPEC’s oil production increased in November, according to the latest MOMR, adding 707,000 bpd on an average, mostly from Libya, which accounted for 656,000 bpd of the increase. Production increases were also seen from Iran (+39,000 bpd), the UAE (+75,000 bpd), and Venezuela (+25,000 bpd). OPEC has also agreed to lift production by 500,000 bpd next year and will reevaluation where the market is, to determine the next month’s quota.

However, in a surprise move, Saudi Arabia announced that it would make further voluntary cuts of 1MMbbls/d over February and March 2021. This should offer the price some support during the first quarter of FY2021 and could be a sign of things to come.

What are the key risks that persist for the oil market in 2021?

Demand outlook continues to be the key risk and uncertainty for the oil market. Any further pandemic waves and lockdowns prior to a wide rollout of a Covid-19 vaccine could easily push the oil market back into a fragile state.

Secondly, while expectations are that we will see a return of Iranian and Venezuela supply, following the outcome of the US election, the big unknown is timing. If Iranian and Venezuelan supply starts to return to the market in the first half of next year, it could be a challenge for the market to absorb these additional barrels. That could put some pressure on the market. However, Iranian supply is likely to start to make its way back into the market during the second half of FY21.

Oil demand is expected to face the biggest hit from clean transport policies. The pandemic has prompted a re-examination of the role of fossil fuels, including oil, and speeded up the transition toward a low-carbon economy. China, Japan and South Korea, which together account for 20% of the world’s oil demand, have all announced carbon neutrality goals.

Global electric vehicle sales surged 80% year on year in September 2020 and China’s Society of Automotive Engineers, an influential industrial trade group, announced in mid-October that they expect EV sales in the country to jump to 20% of overall new car sales by 2025 and to 50% by 2035 from 5% currently.

Due to these trends, oil demand is expected to face the biggest hit from clean transport policies and growth in renewable energy. However, petrochemical demand and demand for long-distance transport fuels are expected to offset some of the demand destruction.

Technically, NYMEX WTI Crude oil prices are looking good on a weekly basis and the price could head towards the trend line resistance, which comes around $55 to 56/barrel. On the RSI front, the momentum indicator is trading in the positive zone, which may also support the price on the higher side. On the downside, it will take strong support at 46 levels, breaking below which a price change could be expected. The overall trend for Crude oil is clearly upwards.

Disclaimer: The views and investment tips expressed by experts on Moneycontrol.com are their own and not those of the website or its management. Moneycontrol.com advises users to check with certified experts before taking any investment decisions.
NS Ramaswamy
TAGS: #Commodities #Crude oil #crude oil prices #Expert Columns #Oil prices
first published: Jan 13, 2021 10:49 am