These institutions must be supported adequately by the government, but managed professionally. Leaving this space entirely to commercial banks and NBFCs may not work.

In the past two decades, some significant structural changes have taken place in the Indian economy. For example, the external trade profile of India has seen a material transformation in the past decade. Imports have started to move away from traditional oil and gold domination; and exports have diversified away from traditional consumer goods such as textile, gems and jewellery and leather.

Manufactured engineering goods have become a major source of export income. Electronics has become a major import item. Many global leaders like Samsung, MI, Apple and LG have decided to produce in India. A new biofuel policy raised the ethanol blending to 10 percent in transportation fuel. Massive investments in renewables have begun to yield results. 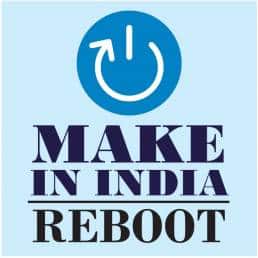 Electric mobility is set to become a viable option in the next 10 years. And with various productivity enhancement missions in pulses and oilseeds achieving targets, we may see a definitive further shift in India's import profile going forward. Shifting away from colonial (cheap labour and material source) model, India is also becoming a research and development hub for global manufacturers and service providers.

Ignoring these trends or taking these trends only as a measure of the shift from China due to geopolitical or tariff reasons would be a mistake, in my view. These changes are primarily the outcome of the massive investment made in infrastructure development over the past two decades. The investments that were primarily prompted by the economic sanction post-Pokhran tests in 1998, and accelerated as part of fiscal stimulus in the wake of global slowdowns in 2001 and 2009. We have paid a huge price for this massive infrastructure building drive in terms of crippling of the financial sector due to non-performing asset (NPA) problem, episodes of massive corruption leading to paralysis of policy administration and disruptions in the market place due to large scale bankruptcies.

But it is also a fact that high-quality capacities in terms of power generation, ports, road network, railways, civil aviation, financial services, telecommunication, manufacturing, and GSTN have been created and/or shall be put in place in the next 2-4 years. This infrastructure surplus will be the primary driver of India's foreign trade (and trade balance), job creation and socio-economic transition.

Will we make history or repeat it?

There is no doubt that today India is standing at the threshold of an industrial revolution of its own. If the present trend continues, we may soon see the share of manufacturing in the national income rising materially. The fear, however, is that the current trend may reverse abruptly, just like it did in the mid-1990s, and we may remain stuck in the lower 5-6 percent growth orbit. At this point in time, I strongly disagree with this rather pessimistic and deeply prejudiced opinion. Nonetheless, I find it relevant to study more about the history of industrial development in India to find the fault lines that may still exit to derail the growth of manufacturing sector in India.

One interesting thing that I noted was the role of three main development financial institutions or DFIs (ICICI, IDBI and IFCI) in creating a foundation for Indian manufacturing sector as well as the financial services infrastructure. Institutions such as NSE, NSDL, SHCIL, CARE, EXIM Bank, SIDBI, SCICI, CRISIL, HDFC, TDICI and TFCI were promoted by these institutions.

All the three institutions suffered huge NPAs in the 1990s due to a variety of reasons, especially capacity creation in commodities like steel, fertiliser, textile becoming unviable.

Narasimham Committee on Financial Sector Reforms noted that in a market-driven economy, the sustenance of DFIs may not be viable, since these institutions may be raising funds at the current market rates and lending to businesses with long gestation and often high risk of failure, therefore incurring high credit cost. These institutions cannot function as pure commercial entities unless adequately supported by the government.

Accordingly, the committee recommended DFIs should be converted either to a bank or an NBFC and should be subject to the full rigour of RBI regulations as applicable to respective categories. Further, no DFI should be established in future without the Central government support. Accordingly, both ICICI and IDBI were converted into commercial banks, and IFCI was converted into an NBFC.

economy including the long-term finance and capital market, providing larger significant resources to the corporate sector, the need for the DFIs as an exclusive provider of the development finance has diminished.

In the past 15 years, since the end of IDBI, a new category of infrastructure finance companies (specialised NFBCs) and government-supported DFIs like India Infrastructure Finance Company (IIFCL) have emerged. But the current NPA cycle has impacted almost all banks and most NBFCs. The impact on banks and some NBFCs is as bad as it was in case of DFIs, if not more.

I feel that we need to study the evolution of the financial sector in India in depth. Drawing lessons from the present and previous NPA cycles and assimilating the emerging financing needs, a

new paradigm needs to be evolved in the financial sector. At present, there is no specialised institution for manufacturing sector financing and funding of digital economy.

My understanding so far suggests that we do need highly specialised DFIs for manufacturing, infrastructure and digital sectors. These institutions must be supported adequately by the government, but managed professionally. Leaving this space entirely to commercial banks and NBFCs may not be appropriate. That is if we really care about history and believe that historical mistakes are for learning and not for repeating.

To begin with large commercial banks like ICICI, HDFC, AXIS and SBI may partner with the government to promote a Manufacturing Finance and Credit Institution (MFCI) to meet long-term funding needs of manufacturing units competing with global peers.

Vijay Kumar Gaba explores the treasure you know as India, and shares his experiences and observations about social, economic and cultural events and conditions. He contributes his pennies to the society as Director, Equal India Foundation. The views are personal.

Note to readers: Make In India — Reboot is a series of articles that will take a top-to-bottom look at ways to breathe life into manufacturing in India.