What is 'phawar' that Meghalaya sings during the FIFA World Cup?

'Hoikiw', the ISL song by the band Summersalt blending Khasi folk music, borrows from the hill community's rallying call to buckle up before the action.

It takes only a phawar to enjoy a world cup match in Meghalaya. In the traditional Khasi folk music tradition, phawar is a chant often employed by rival football fans to tease the other. Sung for decades in the Khasi villages during matches between local clubs, phawar is now heard again in the hills with the FIFA World Cup spawning divided loyalties among the football-crazy in the Northeast. 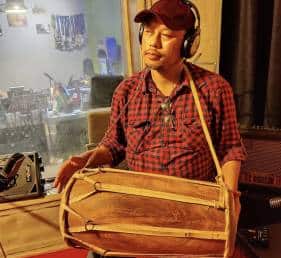 "Phawar is spontaneous like the blues," says Kit Shangpliang, the frontman of Shillong's folk-fusion band Summersalt. "It is a combination of wit, humour and sarcasm. It's very creative," says the Meghalaya musician, singing praises of the power of traditional music that is making a comeback in the North-East through bands like Kit's.

Respect for the other

Singing a phawar adds to the thrill of a football match. While it teases and ridicules a rival fan, the chant is also a way to respect the other. "A phawar is a way to laugh at themselves while giving permission for others to laugh back," explains Kit, whose band composed a Khasi folk music-driven song for the new season of the Indian Super League (ISL) this year. "The song is played in every ISL game," he says.

Hoikiw, the ISL song by Summersalt, borrows from the hill community's rallying call to buckle up before the action. The Northeast's culture of playing and watching a football match is embedded into Hoikiw. "Football games in Meghalaya, which has two of the wettest places on earth — Cherrapunji and Mawsynram — are played in thick fog. The players can't see the ball or each other. It's very entertaining and hilarious. There is a lot of verbal communication between the players. They have to use their sixth sense to play," says Kit, whose band had one of its songs featured in the Bollywood film Rock On 2 (2016).

Khasi musical instruments like the four-stringed duitara and the drums — ksing and bom — generate a mood and rhythm that connects with the spirit and soul of the hill people. "Football and music go hand in hand in the Khasi hills," says Kit, who shifted his football allegiance from Brazil to Germany during this world cup after Summersalt's seven-city tour of Germany last year. "We performed songs in six languages, including Khasi, Bengali and Assamese, and surprised audiences by singing a Beatles song (I want to hold your hand) in German," he adds.

Chanting for the people

Phawar, usually started by one singer, soon turns into a chorus. "The lyrics are composed on the spot and they are funny," says Khasi musician Mebanlamphang Lyngdoh, who teaches traditional music at Shillong's Martin Luther Christian University. "The world cup, too, is fun for our people," says Lyngdoh. "Each and every Khasi village has a football field." 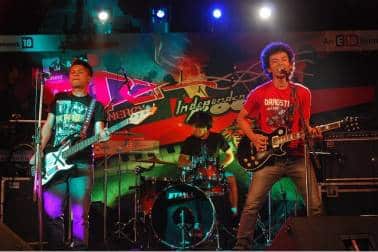 Dauni Laloo, a musician and football fan in Shillong, was an undergraduate student of music at the Martin Luther Christian University when the Shillong Lajong FC gave an open call to compose the first theme song for the club. "We composed a song blending Khasi traditional music with Western music," says Dauni, who had already launched a fusion band with his friends. The song went on to win the top prize. "I can still hear the club playing our song in their matches," beams the musician.

The influence of traditional music pervades the Khasi culture and sports hasn't escaped it. An entire village celebrates a football victory with musical chants. "Elderly women, young people and children join the chorus," says Kit. "Phawar singing goes on and on." 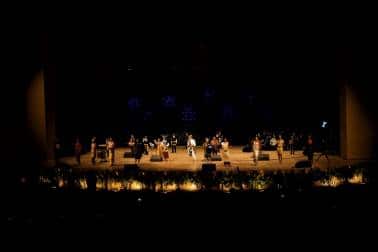 Sung for decades in the Khasi villages during matches between local clubs, 'phawar' is now heard again in the hills during the Qatar World Cup.

"In some villages, you have music bands performing before the start of a world-cup match, at half-time and after the game," says Martin Luther Christian University's Lyngdoh. Brazil, Argentina and Germany are fan favourites in the Khasi hills where women-led self-help groups knit flags of these countries for their fans. Many in Meghalaya believe the community celebrations like those in the Khasi hills have contributed to the Northeast producing several top football players. "Football is life for people in the Northeast," says Kit. "Football is a unifying sport."