UPCOMING EVENT:Know how Global Investing can be spread beyond the US markets by joining an engaging webinar on November 30, 11:30 a.m.
you are here: HomeNewsTrendsEntertainment

Clarke goes beyond recreating a moment in history to offer his own insights as a Black man in the US. The result: an evocative meditation on what could have been if Ali and Malcolm had not gone asunder.

The setting for Marcus A. Clarke’s new documentary, Blood Brothers: Malcolm X and Muhammad Ali, is tense and epochal. Harlem, New York; Louisville; Miami—places at the maelstrom of White supremacy and racial segregation, when the infamous killing of Emmett Till sparked a rebellion, when a white pastor asked pugilist Cassius Clay (who later became Muhammad Ali) to leave the premises of a white church after he got America a medal at the Rome Olympics, when railways stations had separate platforms for Whites and Blacks, and also when melodic intricacies of jazz music had acquired political agency in a few American cities. We follow Malcolm X and Ali and their fragmented, doomed brotherhood set to the music not only of the likes of Curtis Mayfield and Duke Ellington, but also Bob Marley’s Redemption Song. The music is a thrilling accompaniment to the storytelling.

Clarke’s elegant work was inspired by the book Blood Brothers: The Fatal Friendship Between Muhammad Ali and Malcolm X. While recreating that moment in history is his primary concern, Clarke goes beyond and offers his own insights as a Black man in America. The result is evocative, resonant as well as a meditation on what could have been if Ali and Malcolm not gone asunder. History, sports, social justice and politics collide in the film—a rare and relevant cultural piece that contextualises the current ‘Black Lives Matter’ movement to the wokeness of our times.

When Cassius Clay rose to stardom, his loyalty was torn between Nation of Islam leader Elijah Muhammad and Malcolm X, a protégé of Muhammad who had broken away from his mentor. Muhammad wanted to use Clay as a new spokesman for the Nation of Islam, but Malcolm X believed Clay could be on his side.

To a large extent, Malcolm X shaped Clay’s transformation into Muhammad Ali, the man who emerged as an international political symbol. But Ali chose to abandon his spiritual adviser and friend, a shift that arguably led to Malcolm X’s assassination in 1965.

The setting for Regina King’s recent film One Night in Miami (January 2021) is also a key driver in Clarke’s documentary—the night when Cassius Clay defeated Sonny Liston, then the heavyweight champion of the world, in 1964 in Miami, beginning Ali’s ascendancy as the world’s most formidable boxing star. Malcolm and Cassius had already been each other’s support. Malcolm was there to cheer Ali on that night in Miami—despite being 16 years older than Ali, Malcolm was drawn to Ali’s volatile but assured power not only in the boxing ring but also in his politics and oratory. Both of them embodied the fire and mettle to meet white racism with gloves off. Ali’s anger found expression spontaneously and poetically; Malcolm’s rhetoric was based on a spirituality that had its roots in Marcus Garvey’s Pan-Africanism and flourished in Elijah Muhammad’s Nation of Islam. 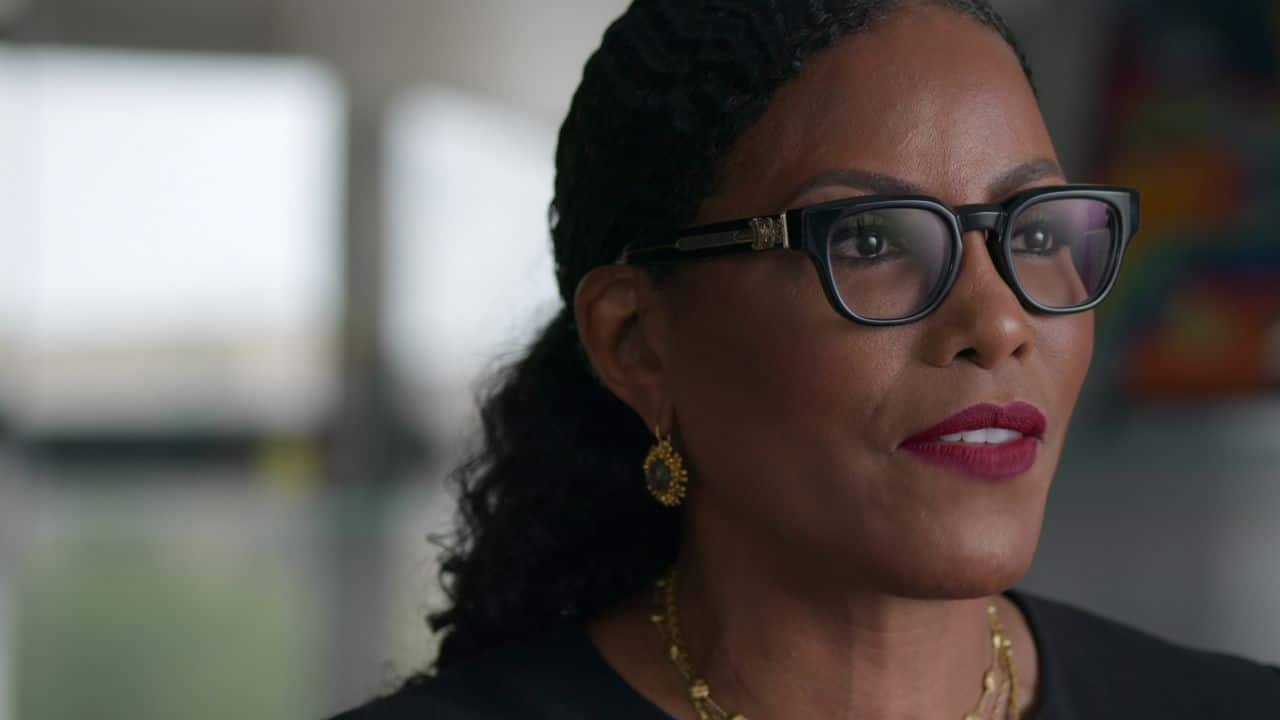 Clarke’s interviewees include Ilyasah Shabazz, daughter of Malcolm X, who opens the film by talking about the pre-destined nature of the meeting between the two men, and author Hana Ali, daughter of Muhammad Ali, who ends the film by disclosing that no matter what his public position was, her father regretted cutting ties with Malcolm X.

A rare photo of the two families, all of the members smiling to the camera, has Ilyasah as a toddler  in Ali’s arms. The film’s most emotionally stirring interview is with Ali’s surviving brother Rahman Ali, who says he waits to unite with Muhammad in heaven. We watch him take feeble steps up with his walker to his brother’s gravesite. Scholars and authors such as  Todd Boyd, Cornel West, and Marcus Garvey’s son Dr Julius Garvey expand the canvas with their insights into the time that gave birth to this tragic and complicated friendship. Reverend Al Sharpton dissects Malcolm X’s influence incisively: “Martin Luther King Jr…he spoke to who we must become. Malcolm spoke to who were and who put us there.”

One of the best sequences in the film is an illustrated, noir-like graphic-novel style recreation of the first meeting between the two. It is almost like a romantic ode to that meeting. Clarke’s point of view is obvious; he mourns the political-cultural loss that this splintered friendship enabled, and through his film, attempts to remind us why black lives have always, unequivocally mattered. A playlist inspired by the music featured in ‘Blood Brothers’