A boisterous, high-pitched message film about Gujarati patriarchy with Ranveer Singh in the lead role.

Jayeshbhai (Ranveer Singh) lives in hope of the pappi, a pan-Indian word for kiss. He has a clever, plucky tween for a daughter, and is on his way to becoming a dad for the second time. But this Gujarati man, born and raised in an affluent family in a Gujarat village and firmly folded into its patriarchal malaise, has never got a pappi from his wife Mudra (Shalini Pandey). Towards the climactic sequences of this raucous, weepy, preachy and rousing film about upsetting deep-entrenched patriarchy and championing the girl child, Jayeshbhai says in his unwieldy Gujarati twang: “Society always comes in the way of the pappi.” How tragically true about so many of us Indians. Writer and director Divyang Thakkar is bullish on his screenplay’s heart - the universal, fool-proof marker of a progressive society: Love trumping hate.

Produced by Yash Raj Films, Jayeshbhai Jordaar is a comedic satire, ponderous and overemphatic about its message.

Mudra is pregnant for the sixth time when Jayeshbhai and his parents are locked in a cat-and-mouse, bad-versus-evil battle. Boman Irani plays the role of the father, also the sarpanch of the village, which requires him to simply look menacing and spew regressive venom and find stunning solutions for assaulted girls in the village: Ban the use of fragrant soaps for girls because that attracts men and spurs them on to harassment. He has a crew of men of all ages and sizes under him to preserve male entitlement. The compliant mother played by Ratna Pathak Shah, is complicit in her husband’s obsession with a grandson and his plan to sabotage Mudra’s pregnancy and get Jayesh married again. Both are monotone, oversimplified characters without any shade of grey, and neither Irani nor Shah has any standout moments or scenes. Jayesh is predictably the film’s moral voice—from a man without much of a spine and inarticulate about his needs and desires, to a runaway hero who saves his pregnant wife and catalyses the empowerment of his village’s tyrannized women, his transformative journey is bumpy and sore, but heartwarming.

Jayeshbhai Jordaar is essentially a stock Bollywood message film. There are militant, foul-mouthed male brutes of all ages and sizes, and there are timid, veiled women in bright-coloured Panetar sarees. The gender war, all black and white, has no surprises or ambivalence. Jayesh is the simpatico figure somewhere in between the two extremes and gravitating, as the film progresses, towards the side of the women. Jayesh plans to flee his home and oppressive situation with his wife and child and live in a Haryana village which is viral on the Internet as a safe haven for women because it’s a village of colossal Jat men without any women—led by their leader (Puneet Issar), a man resembling a wrestler outside but with a heart pliant enough to hope their village will have women again some day, the state’s history of female infanticide and foeticide has led to this all-male nightmare. 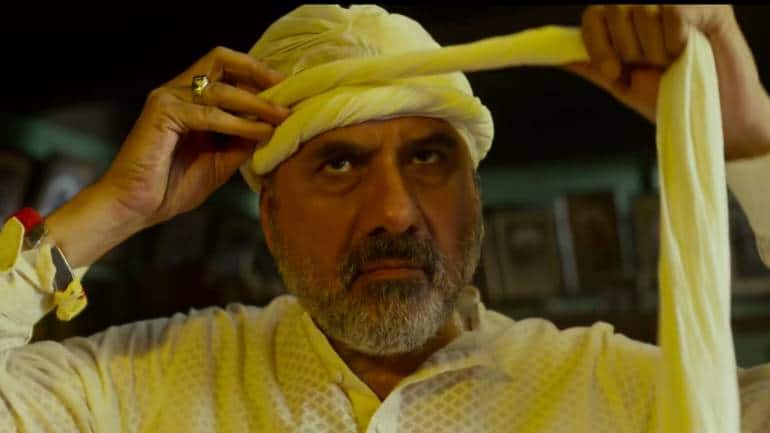 Performances are uneven. Singh is the heart of the film, all the action hinges around his movements as far away or as close to his home. He channels Jayesh as a shy, repressed and inarticulate man with overactive tear glands. A weepy huddle with a group of women who secretly meet to share their sorrows—an overly melodramatic, unintentionally hilarious sequence—defines his transformation. Will Jayesh manage to break through a lifetime of generational trauma and be able to make his boorish father possibly smile at his daughter? Will men ever knead dough in this village? Singh’s get-up—choice of chintzy shirts, accessories and hair flops—has an authentic ring. But the performance has a dissipated, hither-thither energy. Jayesh’s zeal and optimism become tedious in the narrative over-propped with predictable plot twists and dramatic, message-bearing dialogues. Pandey, in the role of the young wife is assured but without any signature.

Stop female foeticide; Gujarat, learn your lesson from Haryana; kiss, don’t hate; forgive; unblock and embrace—Jayeshbhai Jordaar is packed with these messages. The storytelling, performances and technical accomplishments are as humdrum as a ’90s soap opera.

It is a triumph of message-making. The most unimaginative way to drill in a message is to be loud about it—Jayeshbhai Jordaar is prime example.

Jayeshbhai Jordaar released in theatres on May 13, 2022.