At IFFI Goa, '32 White' trains the spotlight on high suicide rate among dentistry students in India

A new documentary shot over a decade in one of the country's top dental colleges reveals a toxic campus culture and low self-esteem affecting the mental health of dental students.

Made over a period of nine years, the documentary '32 White' seeks to change a toxic system stacked heavily against dental students.

At the just-concluded Film Bazaar, the industry platform of the International Film Festival of India Goa, one of the completed projects had the camera focusing on medical students and mental health. A feature documentary, 32 White probes suicides on dental college campuses. Shot over almost a decade in one of the top dental colleges in the country, the film exposes a lethal cocktail of issues that drives young students to take their lives.

"Dental suicides is not just an institutional problem, it is so many other things," says Mriidu Khosla, the director of 32 White, which was part of the Industry Screenings section of Film Bazaar, held online this year during November 20-25. Made over a period of nine years, the 114-minute film investigates dental suicides through interviews with students, teachers, and police and government officials. 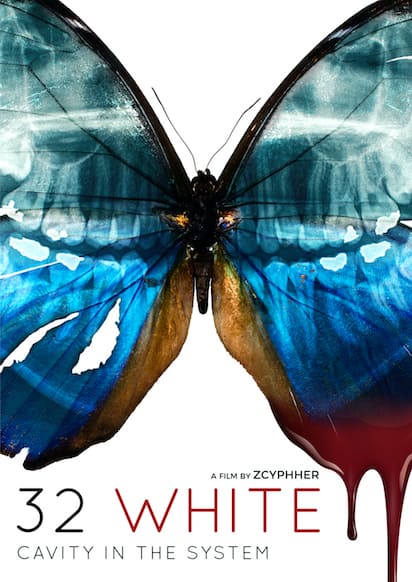 "Dental students have the highest suicide rate among medical professionals in India," says Khosla, who was an assistant director for Inshallah Football and Inshallah Kashmir. "It is a deep-rooted problem in India's medical education," adds the Mumbai-based director.

Khosla was a student of film studies at the New York Institute of Technology a decade ago when she first heard about dental suicides from her sister. "My sister, who was a student of dentistry then, told me about campus suicides in her college," says the director. "That was the initial motivation for the film. I wanted to go and save my sister. I had this fear she would do something terrible," she adds.

In 2010, Khosla travelled to the dental college in South India where her sister studied and began shooting the film. Living with her sister, Khosla was given a free hand by the college authorities, who didn't suspect she was shooting an investigative documentary. "I interviewed students and teachers on camera and continued the shooting even after my sister graduated," she says.

The film, which had a first cut lasting nearly five hours, exposes a toxic campus culture coupled with a lack of confidence and low self-esteem of students. The film is constructed as 32 chapters (alluding to the number of teeth in adults), each dealing with the problems faced by students that lead to suicides. The documentary lists among the reasons behind dental suicides lack of leisure, lack of facilities, peer pressure, unprofessional teachers, casteism and racism.

While dental suicides are reported globally, the film notes that in India these are not because of academic pressure. "It is not just the studies," says the director, who interviewed students who survived attempted suicide. The film shows that dental suicides say a lot about the mentality of Indians. Most students want to study for M.B.B.S not B.D.S. Most of them choose B.D.S because they couldn't clear the M.B.B.S entrance examination. There is an underlying low self-esteem as soon as they enter the dental college campus. These students face a lack of confidence as they are pursuing a career that was not their first choice.

"You speak to dental students and most of them would tell you they wanted to be a medical doctor. Your next option is dentistry. That is where the problem begins. They have this internal conflict that I will be a dentist, I will not be a proper doctor. The problem is exacerbated by a toxic environment where the teachers are not cooperative and there are also caste-related issues and sexual harassment. All of these collectively start playing a major role in a dental student's mental health," says Khosla.

A dental student who is interviewed in the film says she "hoped to get through" M.B.B.S entrance examination. "I think a million others have the same story. If they don't get M.B.B.S they do B.D.S," adds the student. Another student says a particular professor would always ask her to stand beside him during patient examinations so that he could touch her inappropriately. Students also complain about teachers who won't deliberately examine their work on patients, making both the students and the patients wait for long hours. There are also "odd batches" that some professors don't like. Dental students are also sent out of the campus to seek patients for completing the mandatory number of tests they have to do every year. 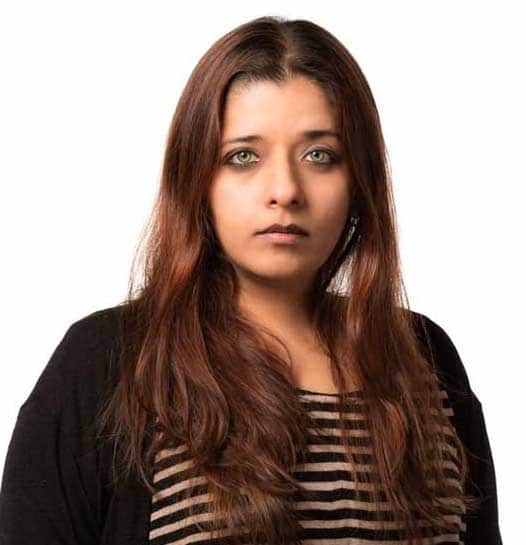 Mriidu Khosla, the director of '32 White'.

Khosla says despite trying hard, she was unable to get figures of dental suicides from the authorities. "Everyone blames it on students. The easy answer is 'she or he was depressed.' For dental colleges, student suicides are an embarrassment, not a problem. I met a lot of suicide survivors who are part of the documentary. I interviewed professors and police officers. They all have the right answers for everything. These colleges don't have counsellors because according to the authorities, everyone is happy here," she says.

At the Film Bazaar, producers of 32 White sought out buyers for the film that seeks to change the system stacked heavily against the students. "It is very important for larger audiences, especially in dental colleges and decision makers to see the film," says the director about her first film. "Educational institutions need to be held responsible for what is happening to our students and our youth."

32 White is produced by Zcyphher production house founded by Khosla and her sister, who decided not to pursue the dental profession after graduating from one of the top dental colleges in the country. Both are now busy working on their next documentary, The Feeders, about mass feeders who provide food to stray animals. Six years ago, the sisters launched the country's first cat cafe - a concept popular in Japan that acts as a cafe and cat adoption centre - in Versova, Mumbai.
Faizal Khan is an independent journalist who writes on art.
Tags: #32 White #documentary #Film #Film Bazaar #IFFI Goa #International Film Festival of India Goa
first published: Nov 27, 2021 11:16 am