Twitter is now testing the edit button and the first tweet is in. But there is a catch

At the beginning of this month, Twitter had sent out a tweet sending users into a frenzy when it announced that the edit button feature was coming soon.

Twitter announced on September 1 that its team is finally testing the much awaited and requested edit button internally. And today came the first “edited” tweet from the microblogging website.

“Hello. This is a test to make sure the edit button works, we’ll let you know how it goes,” reads the tweet from Twitter Blue which shows that it was “last edited” at 2.27am on September 30. If a user clicks on the “last edited” section, it takes them to a newly-introduced ‘edit history page’, a feature available on rival Meta’s Facebook.

The original tweet reads: “hello this is a test to make sure the edit button works” which is visible in edit history.

this is a test to make sure the edit button works, we’ll let you know how it goes

The tweet has already been liked 18,000 times and counting with comments flooding the edited tweet as well. 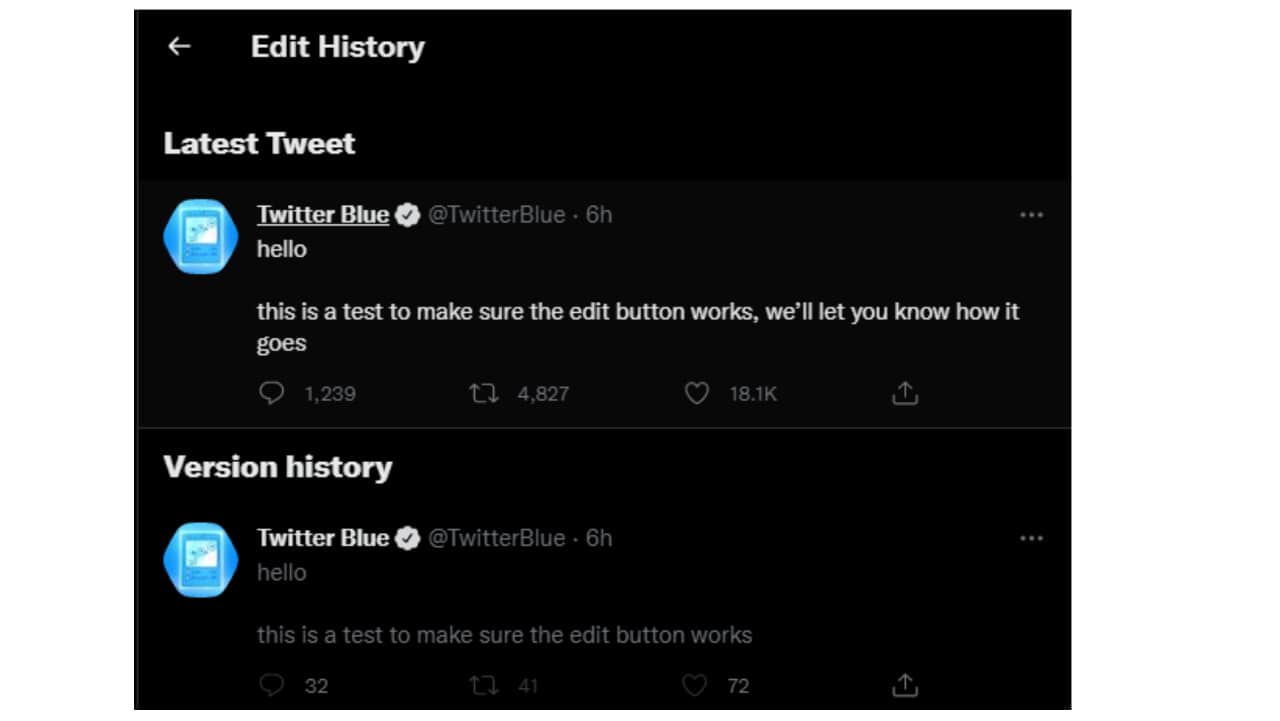 You can also check the "edit history" after editing a tweet. (Image: @twitter/Twitter)

“Please give me the edit button I will put it to good use,” one user, not too thrilled about it being a paid feature, put out a fervent appeal.

Several others were not particularly enthusiastic about the edit history that was now visible.

“People are gonna be able to see the old versions?!? That defeats the whole purpose??? (sic),” the tweet reads.

“It goes, but can we just have an edit that voids all engagements without the version trail?” read another.

At the beginning of this month, Twitter had sent out a tweet sending users into a frenzy when it announced that the feature was coming soon.

“If you see an edited Tweet it's because we're testing the edit button. This is happening and you'll be okay,” the tweet read.

Twitter said it is testing the editing service with a smaller group of people to identify and resolve potential issues, including how the feature might be misused. For the test, tweets can be edited for up to 30 minutes after they are sent out.

"We'll also be paying close attention to how the feature impacts the way people read, write, and engage with Tweets," Twitter said in a statement.

"Edited Tweets will appear with an icon, timestamp, and label so it’s clear to readers that the original Tweet has been modified. Tapping the label will take viewers to the Tweet’s Edit History, which includes past versions of the Tweet," the company added.