External Finance Minister Sushma Swaraj, who's known for coming to the aid of Indians living abroad, won Twitter on Thursday with a witty reply.


External Finance Minister Sushma Swaraj, who's known for coming to the aid of Indians living abroad, won Twitter on Thursday with a witty reply. The tweet, though humorous, shows her intent to help Indian citizens.

Even if you are stuck on the Mars, Indian Embassy there will help you. https://t.co/Smg1oXKZXD

Earlier in the day, one Karan Saini had tweeted to Swaraj saying that he was stuck on Mars and food sent by Mangalyan 987 days ago was running out.

@SushmaSwaraj I am stuck on mars, food sent via Mangalyaan (987 days ago), is running out, when is Mangalyaan-II being sent ? @isro

— karan Saini (@ksainiamd) June 8, 2017
Her tweet drew attention of many Indians. No wonder she has over 8 million followers on Twitter.

And Mam Sushma Ji will continue to bedazzle us all with her wit, passion & energy to serve Indians wherever they are. You're an inspiration

Swaraj is one of the Indian politicians who is very active, fast, quick-witted on Twitter, who takes her job seriously as well.

Two days ago, Dravida Munnetra Kazhagam (DMK) chief M K Stalin expressed concerns over Indians stuck in Qatar which has seen a boycott from neighbouring Gulf nations. Swaraj replied with assurances that her ministry will take care of Indians in the Gulf country.

Thiru Stalin - Rest assured. We will look after each and every Indian national there. @mkstalin

Swaraj's role was crucial in bringing back Indian national Uzma Ahmed from Pakistan. Uzma's husband Tahir Ali had confiscated her passport  in a bid to prevent her from returning to her homeland. Swaraj stepped in and Uzma returned to India on May 25. 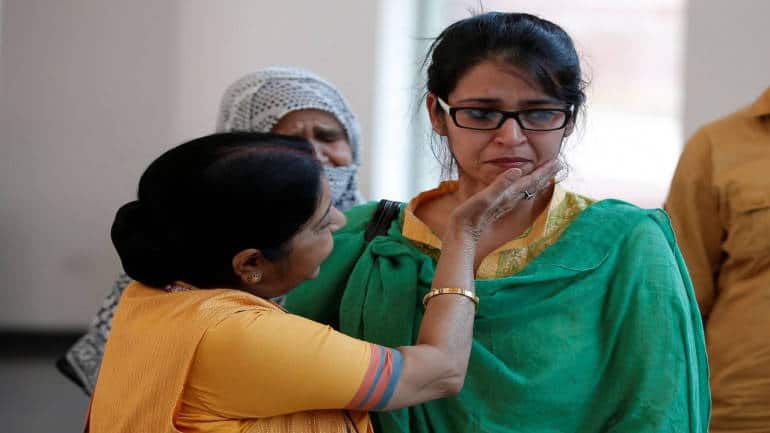 Uzma - Welcome home India's daughter. I am sorry for all that you have gone through. pic.twitter.com/ufbxs3AOyS

The External Affairs Minister had in the past took Amazon to task after the ecommerce giant was found selling doormats depicting Indian tricolour on its Canadian website.

She asked Amazon to withdraw all such products immediately and directed the Indian embassy to look at the issue with Amazon Canada.

Amazon must tender unconditional apology. They must withdraw all products insulting our national flag immediately. /1

Indian High Commission in Canada : This is unacceptable. Please take this up with Amazon at the highest level. https://t.co/L4yI3gLk3h

Swaraj went ahead to even threaten Amazon to deny Indian visas to their officials.

If this is not done forthwith, we will not grant Indian Visa to any Amazon official. We will also rescind the Visas issued earlier.