A 27 percent year-on-year growth has been recorded in the collection of GST last month.

A new record of Rs 1,23,902 crore in form of Goods and Service Tax (GST) revenue was collected in the month of March 2021, the Ministry of Finance said on April 1.

"The GST revenue witnessed growth rate of (-) 41%, (-) 8%, 8% and 14% in the first, second, third and fourth quarters of this financial year, respectively, as compared to the same period last year, clearly indicating the trend in recovery of GST revenues as well as the economy as a whole," it further added.

GST revenues crossed above Rs 1 lakh crore mark at a stretch for the last six months and a steep increasing trend over this period are clear indicators of rapid economic recovery post pandemic.

Closer monitoring against fake-billing, deep data analytics using data from multiple sources including GST, Income-tax and Customs IT systems and effective tax administration have also contributed to the steady increase in tax revenue over last few months, the government claimed. 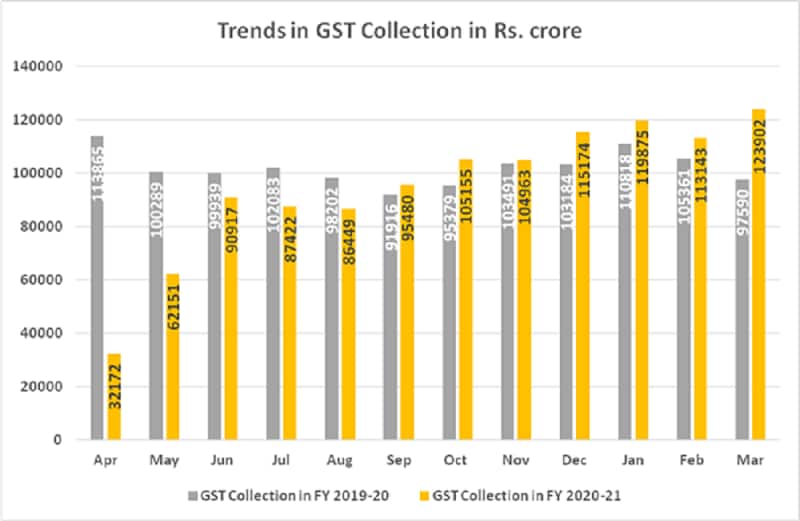 Among states, the maximum year-on-year growth in revenue collection, during the month of March 2021, was recorded by Manipur (40 percent), followed by Arunachal Pradesh (38 percent), Tripura (31 percent) and Jammu & Kashmir (31 percent).