Delhi-Gurugram waterlogging: Videos and photographs on social media have captured the severe waterlogging as roads were deluged by heavy rains that have rocked the national capital region.

Gurgaon has been flooded by rain and traffic snarls are a common sight. (Image: @ashwinning/Twitter) 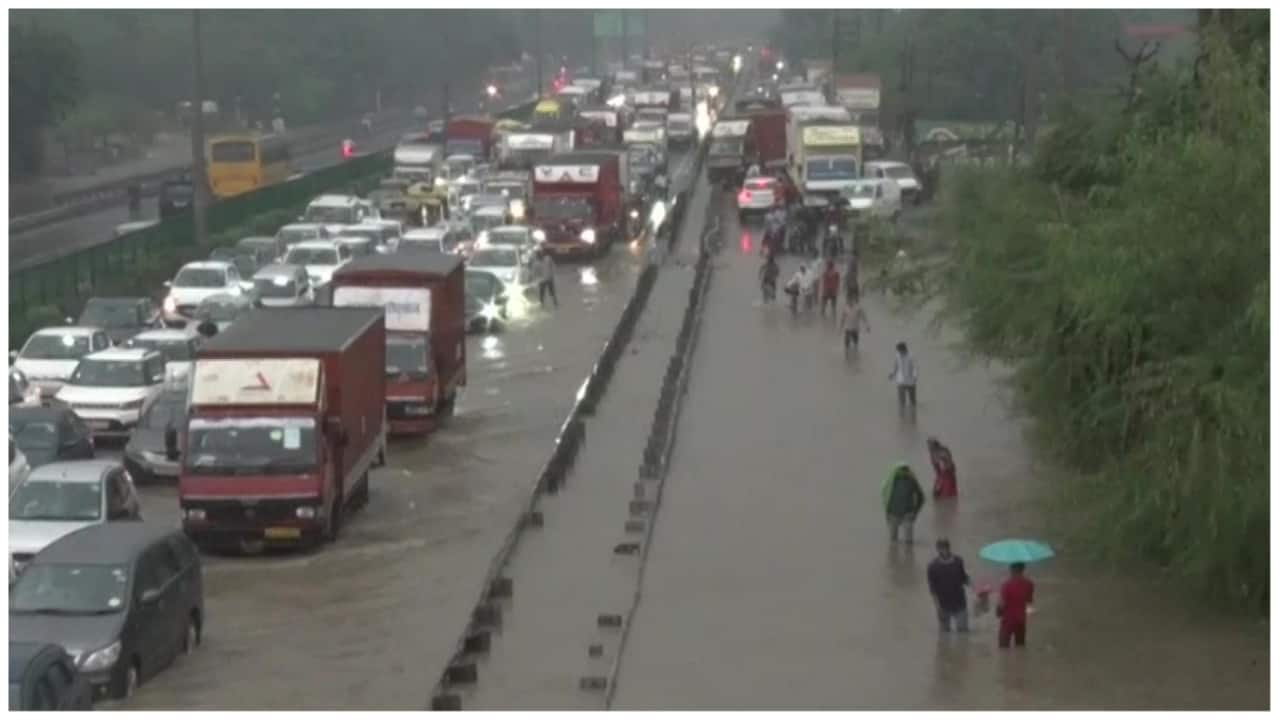 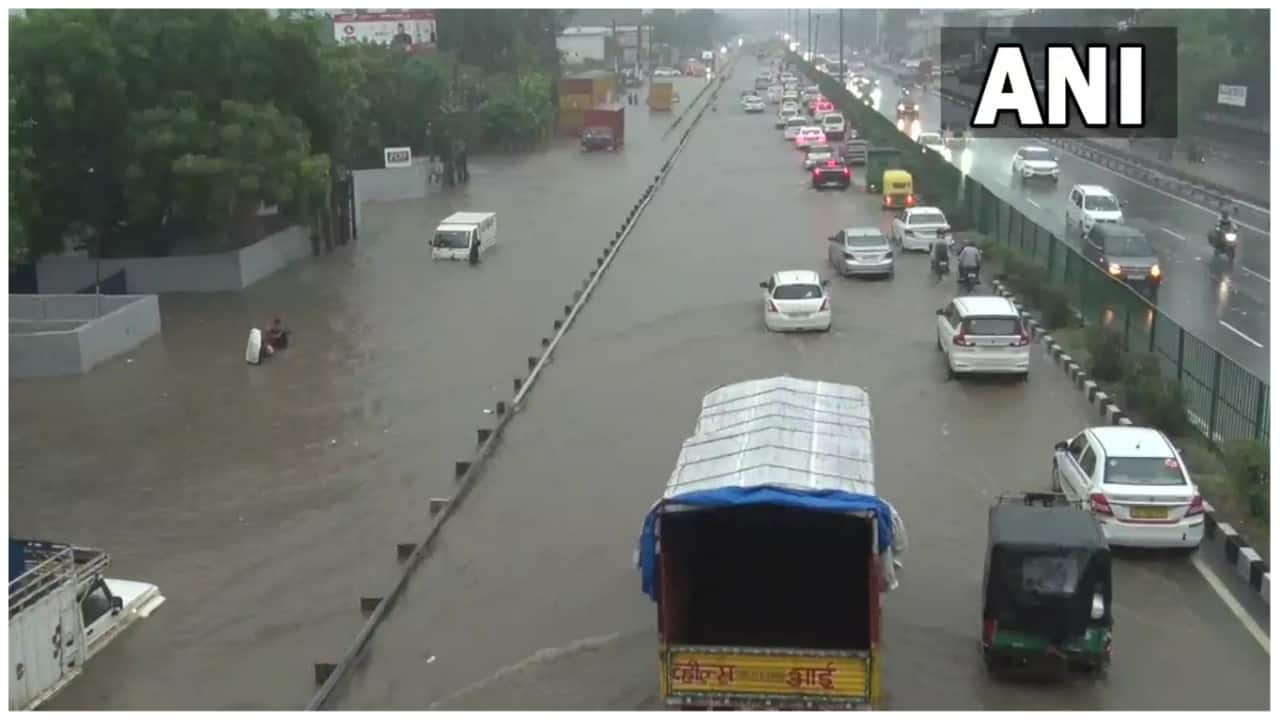 A family is seen waddling through waist-deep water in Gurugram. (Image: @ANI/Twitter) 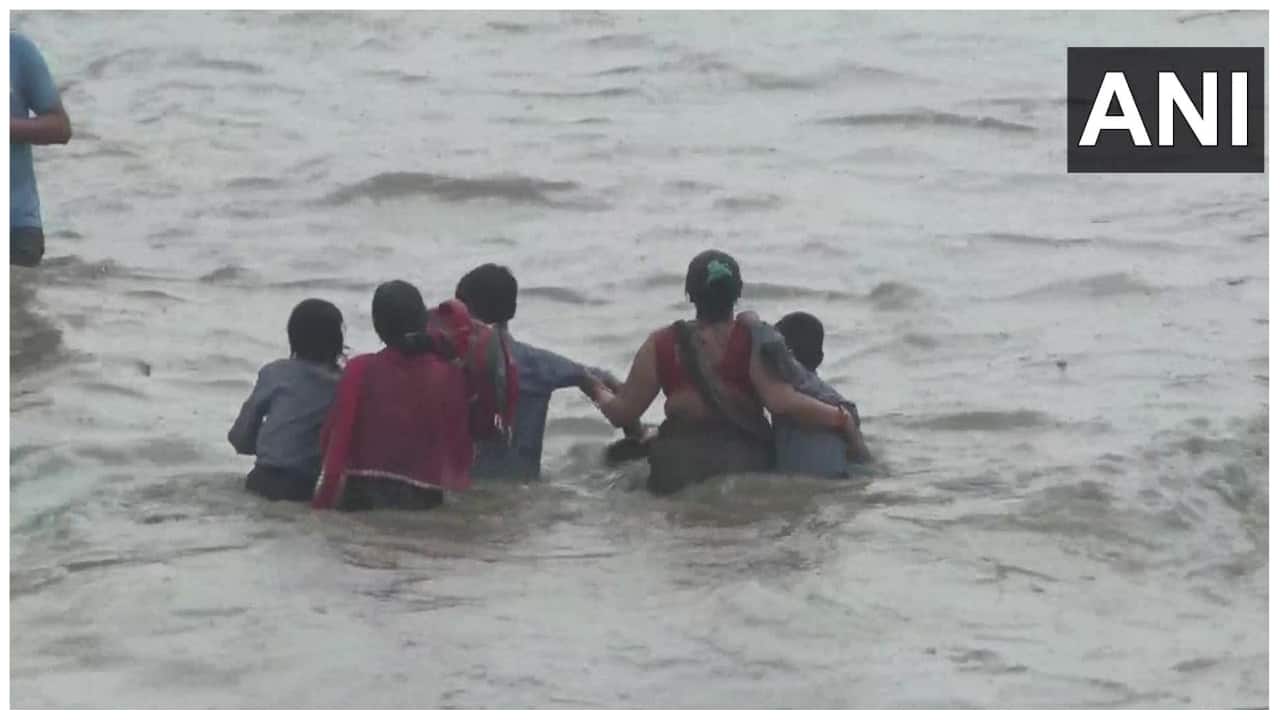